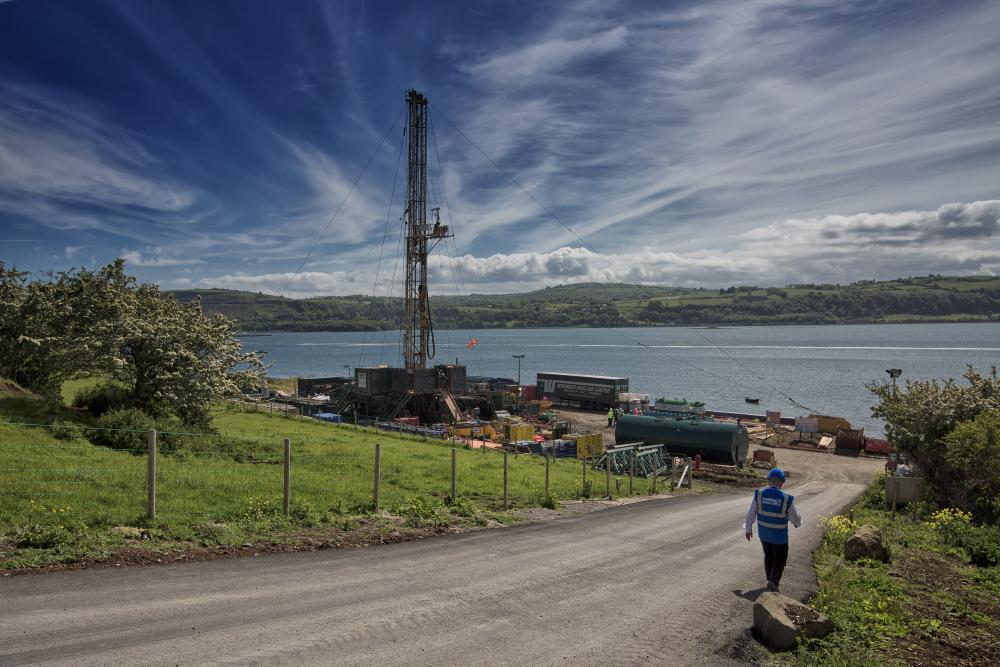 Europe’s Carboniferous basins have long been prolific sources of hydrocarbons and characterize many of the fields in and around the North Sea. But one of these basins is virtually overlooked. The Larne Basin in Northern Ireland is a classic Carboniferous basin that has remained unexplored for a couple of reasons. Firstly, historical “troubles” in Northern Ireland deterred the oil companies who were exploring elsewhere onshore and offshore in the U.K. at the time. Secondly, the basin is covered by volcanic basalts that until recently couldn’t be properly imaged through with seismic.

But this is about to change. A group of small companies, including Horizon Energy Partners LLC and Petro River Oil Corp. in the U.S. and InfraStrata Plc, Brigantes Energy Ltd., Terrain Energy Ltd., Ermine Resources Ltd., Baron Oil Plc and Tudor Hall Energy Ltd. in the U.K., currently have under license about 130,000 acres, distributed both onshore and offshore, and are expecting to spud their first conventional exploration well this month. Jonathan Rudney, Horizon’s CEO, is extremely bullish on the prospect. Rudney has been in the business for 35 years and has seen his share of exciting opportunities.

“But of all of the opportunities that I’ve seen in the last decade, there’s just nothing like this,” he said.

There are numerous reasons for his excitement. There’s minimal political risk, excellent fiscal terms and easy availability of infrastructure and sales markets. The market for natural gas, which sells for $6 to $7 per thousand cubic feet, is particularly favorable. It’s also quite shallow, with the reservoir targets at about 2,000 m (6,562 ft). And Rudney said the first prospect to be drilled has a potential of 25 MMbbl to 30 MMbbl.

“We’re onshore in a favorable environment for exploration and production,” he said. “Such opportunities are few and far between.”

A well drilled by Shell in 1971 found a couple of reservoirs, a Triassic reservoir called the Sherwood and a Permian reservoir called the Collyhurst. So reservoir risk is minimal. Traps are also abundant, and Rudney said that even with sparse 2-D seismic data, “you might have lines that were a mile and a half apart, and you can see the same structure on both lines.” The missing part of the story was confirmation of a source rock.

In 2015 a company affiliated with one of the Larne Basin groups was drilling a test well as part of a salt cavern gas storage project near the concession and found “great gas shows” just below the salt. Considerable technical work determined that the gas could only have come from a Carboniferous source.

“That was the only possible source of this gas,” he said. “It was a very positive outcome.

“Not making a major discovery on the first well would, in my mind, also be a success if we confirm the presence of an active and mature petroleum system within the basin,” he said. “This is a large basin, and just from the mapping on the 2-D seismic, the P-50 unrisked reserves are well in excess of 1 Bbbl.” 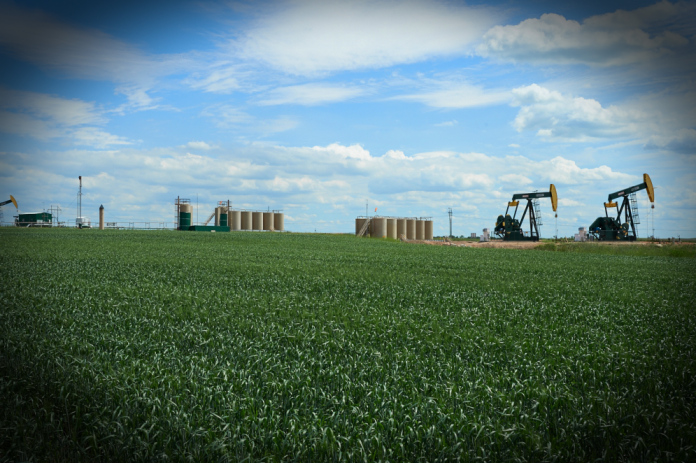 Denbury agreed to pay a subsidiary of Devon Energy up to $20 million in cash to acquire a pair of CO₂ EOR fields in Wyoming’s Freemont County.