The industry demands new chemistries to address the challenges of maximizing and sustaining the performance of friction reducers up to 300,000 mg/L TDS brine. Attempts to tailor molecular properties of friction reducer formulations include incorporating salttolerant polymers and improving the surfactant package’s rapid and complete polymer release while maximizing product stability and shelf life. These reformulations exhibit potential in the field; however, they incur additional performance challenges and production, application and cost concerns.

The hydrated and disentangled polymers alter generalized flow from turbulent to laminar, resulting in increased pumping efficiency. These polymers are less effective, remaining in a compressed state and are unable to expand and effectively reduce friction when introduced into produced waters containing positively charged ions such as calcium and magnesium. Produced waters containing positively charged iron may crosslink, flocculate or lyse the polymer potentially causing formation damage.

Inverse emulsion polymerization is a widely used technique to obtain high molecular weight polymers; however, it may exacerbate environmental concerns and requires extensive research to develop an environmentally friendly formulation. This, in turn, could increase cost and add to the environmental footprint during field operations. It is ideal to have a friction reducer that is free of hydrocarbon solvents and surfactants, which releases the polymer instantaneously, especially in high TDS produced water in the presence of iron. Utilizing a new dispersion polymerization technique, Solvay’s new friction reducer significantly improves the efficiency of operations with instant hydration and improved friction reduction properties in produced waters. It functions due to absence of complexities from an inverse emulsion approach such as those related to oil migration and stripping/capture of oil and additional surfactants, which can alter formation wetting profiles and produced oil/water emulsification, to invert the emulsion. This approach delivers an environmentally friendly and cost-effective friction reducer by reducing the freshwater volume demand and the cost of water disposal operations.

Solvay has recently developed a dispersion polymerization technique that significantly improves the phase separation that results from the physical adsorption of the stabilizer. This new technology is centered on Solvay patented technology and involves a telomeric hydrophilic stabilizer, which promotes polymerization on the stabilizer leading to the formation of stable polyacrylamide particles via chemical adsorption in aqueous media. The molecular weight, architecture and particle size of the polymeric stabilizer from this new polymerization can be controlled, creating a unique and stable dispersion in salt media eliminating the current challenges observed with the conventional dispersion polymers.

Green friction reducer
Friction reduction efficiency of the novel Solvay dispersion PAM co-polymer is investigated via friction loop tests in freshwater and high TDS synthetic produced waters up to 300,000 mg/L. The equipment is designed to measure the pressure drop during the recirculation process, which helps simulate the friction reduction performance under practical treating pressures in a laboratory setup.

The friction reduction performance for a spectrum between freshwater up to 300,000 mg/L TDS synthetic produced water (for 5 gal/min flow rate within 0.1875-in inside diameter tube) is shown in Figure 1. With only 0.5 gallon per thousand (gpt) loading in freshwater and 1 gpt in high TDS waters, the dispersion polymer begins to reduce friction rapidly after injection into the flowloop tank. This new polymer hydrates within a few seconds even in the high TDS waters and can withstand the mechanical shear over 5 minutes. The absence of an oil phase in this dispersion polymer enables instant hydration and shows performance insensitivity to high TDS conditions.

In addition, Solvay’s friction reducer performance is robust when used with common stimulation additives. It is compatible with many common nonemulsifiers, flowback surfactants, scale inhibitors, biocides and breakers in freshwater and produced waters.

Solvay’s water-based friction reducer is an environmentally friendly alternative to the conventional inverse emulsion polymers with significantly improved hydration and long-term performance in freshwater to high TDS produced waters, even in the presence of iron. In addition to the environmental benefits, it provides the potential for cost savings through reduced water disposal cost and freshwater demands.

A study looks at the impact of DUCs and shut-in wells on future rates of production. 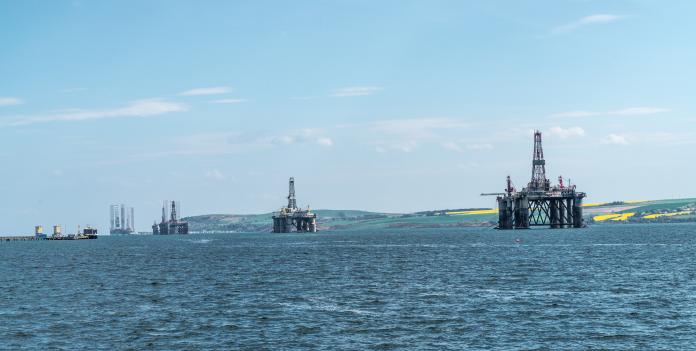 Decommissioning is an important part of securing a long-term future for the whole of the energy industry.

Ensuring a well’s trajectory makes high-accuracy wellbore surveying one of the most critical aspects of operational and financial success.