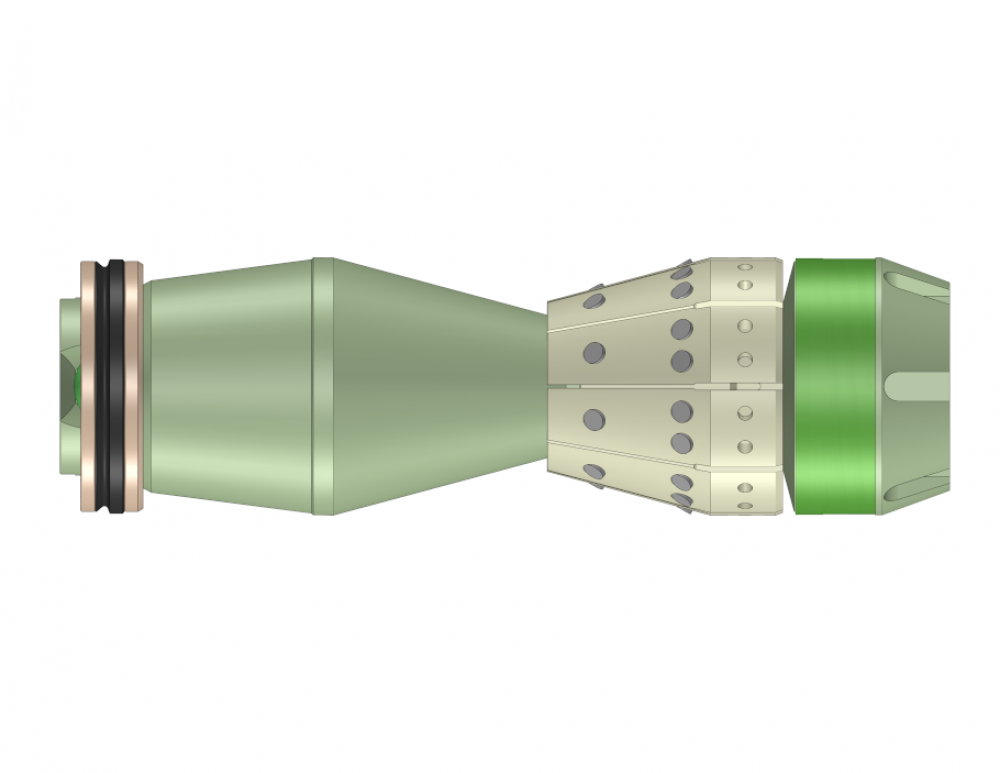 Frac plugs have been used in plug-and-perf operations for many years. Designs and mate­rials have evolved over this period, with the latest models using essentially all-composite mate­rials to allow better post-frac drill-up performance, in terms of both time required and size/volume of the remnants.

WellBoss’ latest all-composite plug design pro­vides the differential pressure rating required for fracturing operations but also better efficiency during drillout. This is achieved by dramatically shortening the length of the plug, thus reduced material volume and time required for the drill-out process, significantly reducing the amount of elasto­mer material used in the seal system and enhanced geometrical features.

A major factor in plug drill-out performance is the amount of material left in the hole after the drill-out operation. The latest WellBoss all-composite plug reduces the volume of composite material in the plug construction by 35%, compared to the previous plugs. Although the debris after drilling out is very small in size, it still needs to be flowed from the well during flowback operations, so reduced overall material volume is important. WellBoss uses glass-resin filament-wound composite materials that are tailored to specific downhole conditions, depend­ing on service temperature, pressure requirements and fluid compatibility. The composite structure is engineered specifically for each component of the plug depending on the structural loading condition.

The new plug design eliminates the need for a traditional mandrel in which to mount the parts when running in the hole. The function of the man­drel has been incorporated into the setting tool and thus is removed from the well after the plug is set.

This concept allows simplification of the plug design into only four main components: lower guide assembly (which incorporates the pump-down mech­anism), slip, cone assembly and seal ring. The slip design has also been geometrically optimized for best drill-out performance by removal of material where possible, while maintaining structural integrity. The amount of elastomer that constitutes the sealing element is also potentially a major issue during the drill-out operation with traditional plugs, as larger pieces of rubber are flowed back to the surface and can plug surface equipment. Using a conventional design packing element, like what’s used on many service and production packers, requires a substantial vol­ume of elastomer. The new frac plug uses a different sealing system. The seal is based on a high-pressure bonded seal design used in production packer tie­back assemblies. The elastomer seal is bonded into a thermoplastic carrier, which is expanded into sealing engagement with the casing during the setting opera­tion. In comparison to earlier plug models, elastomer volume has been reduced by 97%. Using the expanding bonded seal design also eliminates the seal extrusion gap between the elastomer seal and the casing, which removes a possible failure mode.

Reduction in the number of anchoring but­tons used to support the plug in the casing during high-pressure fracturing operations is a key design enhancement. The new design uses a single-slip sys­tem instead of the traditional dual-opposing design. The design of the anchoring buttons themselves have also been redesigned to minimize material volume but still maintain the anchoring strength required during high-pressure fracturing. During the drill-out opera­tion, the newly designed buttons are much easier to fragment and come apart, thus leaving very fine pieces that can be more easily removed from the wellbore.

One design feature that was not changed is the highly efficient HELISEAL pump-down design, which has been perfected on WellBoss’ original Boss Hog plugs. The HELISEAL is incorporated into the lower guide assembly. The bottom assembly mechanically connects to the running tool mandrel, which eliminates the possibility of pre-setting the plug while pumping in the hole. The plug can be run in either a ball-in-place or ball-drop configuration.

The new plug was extensively tested in the labora­tory during development to achieve all the charac­teristics that were required for the next-generation plug, as described above.

Once qualification testing was completed for the initial size, field trials were the next step in devel­opment. WellBoss partnered with a northeastern operator for the initial trials in 5½-inch, 20-lb casing.

As with all newly launched products, a limited field trial program was adopted that allowed the upper­most 10 stages in the well to be fractured using the new plug, with about 200-ft stage lengths between plugs. Although the plug was tested and qualified to its maximum rated service pressure (10,000 psi) and temperature (250 F) in the laboratory, the initial field trial well was in a 170 F bottomhole temperature reser­voir. The initial field trial was conducted in June 2020.

The plugs were configured to set using a standard size 20 wireline setting tool and displaced into the well with pump rates between 12 to 16 bbl/min. All plugs were run with the ball in place. The initial Well­Boss plug was set at 11,249-ft depth and required 97 bbl of water (two-thirds the amount of water to displace to setting depth compared to the plug used of the previous stage) to reach setting depth. This confirmed the efficiency of the flow-activated pumpdown feature in the plug. Fluid efficiencies remained high for the displacements of the remain­ing plugs on the later stages.

Once set, all plugs were pressure tested to 1,000 psi above wellhead pressure to confirm proper setting and sealing before perforating. Frac rates for all 10 stages were about 100 bbl/min, with about 9,000-psi surface pressure. Differential pressure across the plugs during the fracturing were between 6,200 psi and 6,300 psi. All fracs were completed with no issues.

Drillout of the plugs were completed about a month after the fracturing operation. The drillouts were performed using a snubbing unit and threaded pipe. The bottomhole assembly consisted of a 3.625- inch OD Bore Haug roller cone bit and 3.375-inch OD mud motor. Flow of 6½ bbl/min was used to power the motor coupled with 60-rpm rotary speed of the pipe, which resulted in a calculated 180-rpm bit speed. Weight on bit was held constant at about 3,000 lb.

The initial plug was drilled through in 5 min­utes, with the remaining plugs removed with times between 7 and 19 minutes. This corresponded very well to drill-out times recorded in the laboratory during development. Returns looked good, with gen­erally small pieces of composite and elastomer being flowed to surface. The operator was very pleased with the performance of the new plug in both the fracturing and drill-out operations.

About the author: Marty Coronado is the vice president of R&D with The WellBoss Co. 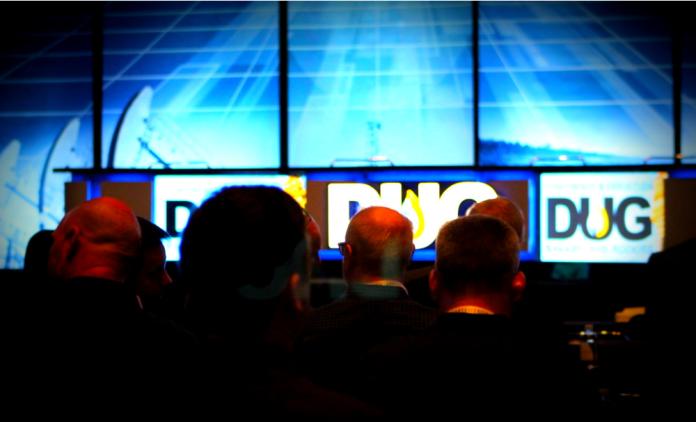 Throughout the virtual conference featuring some of the most active players in the Bakken and Rockies, speakers shared several examples of ESG in action plus why the shale region holds the blueprint for the future of the oil and gas industry. 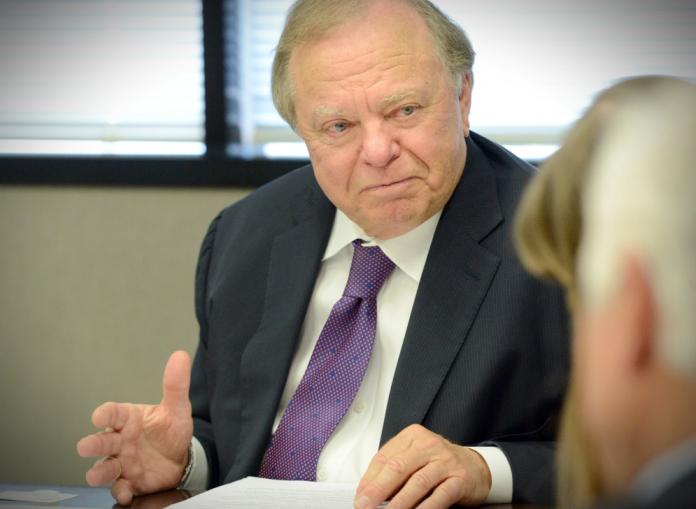 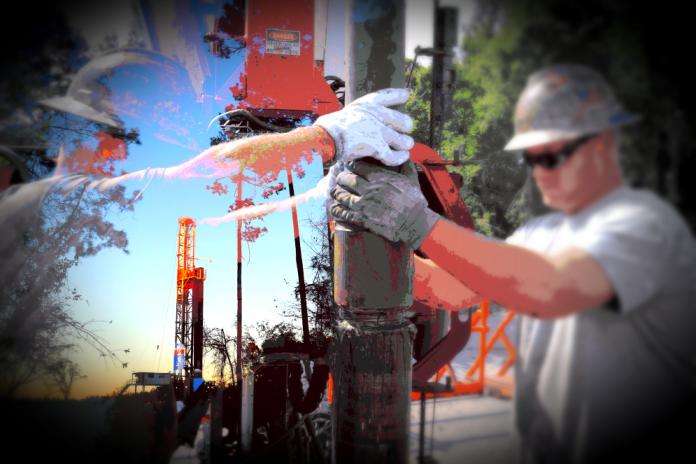 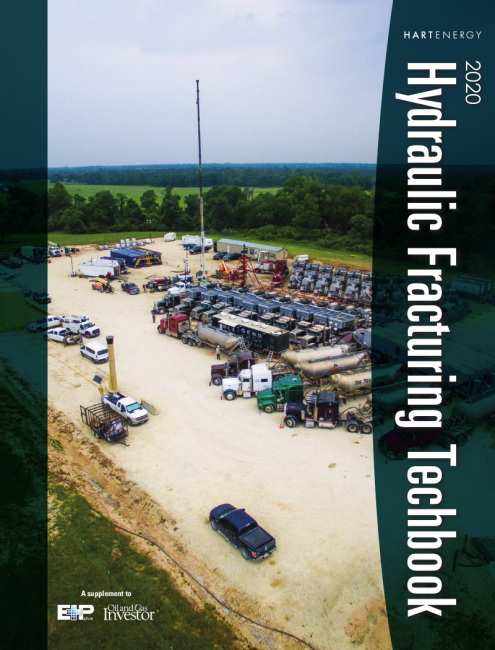