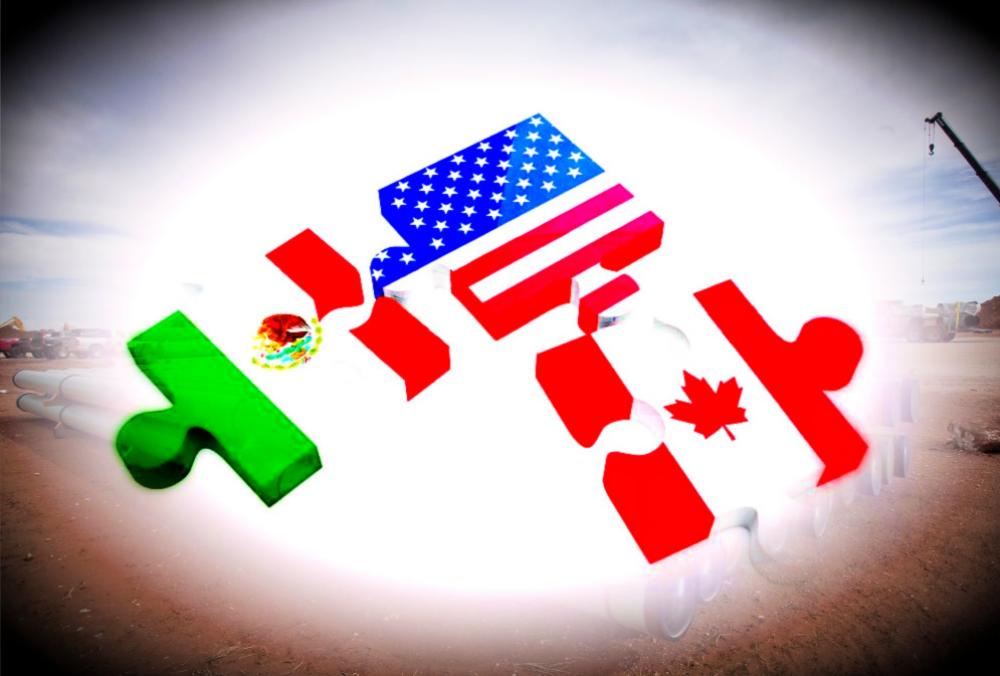 For several years, energy trade between the U.S. and Mexico has been beneficial on both sides of the border. Following the U.S. shale revolution, there has been a significant increase in U.S. natural gas exports to Mexico, where the cleaner-burning fuel has become an important source of energy, particularly for electric power and industrial development.

LNG was first exported from Lower 48 states to Mexico in 2016, and Mexico has been a major importer of U.S. LNG ever since. According to industry reports, U.S. natural gas exports to Mexico totaled 1.8 Tcf in 2018, out of which 90% was transported through pipelines. In addition, the Energy Information Administration (EIA) forecasts U.S. natural gas exports will exceed imports by an average of 7.3 Bcf/d in 2020, which is 2 Bcf/d higher than last year, according to the EIA’s Short-term Energy Outlook released in January. Since its enactment in 1994, the North American Free Trade Agreement (NAFTA) has been a critical component of the flow of energy between the U.S. and Mexico, recording growth in U.S. natural gas exports to Mexico from about 50 Bcf in 1994 to 1.7 Tcf in 2018.

Due to significant political, social and market changes over the years, the governments of the U.S., Canada and Mexico negotiated the U.S.-Mexico-Canada Agreement (USMCA), which is a renegotiation of NAFTA. In January 2020, President Donald Trump signed the USMCA, which is expected to improve the U.S. economy, raising GDP by $68 billion and employment by 176,000 jobs. Although the USMCA will not bring any drastic changes to the energy sector, the trade agreement will facilitate the movement of hydrocarbons through pipelines, Andrew Shoyer, leader of global arbitration, trade and advocacy energy at Sidley Austin LLP, told E&P.

Highlighting the new trade deal’s benefits, Shoyer pointed out one of the long-standing issues of NAFTA that negotiators fixed in the revised agreement. The issue is that the USMCA will “allow hydrocarbons transported through pipelines to qualify as originating, which means they will get the benefit of USMCA’s zero tariffs provided that any diluent—regardless of origin—doesn’t constitute more than 40% of the volume of the good. That should allow more hydrocarbons to flow through pipelines across the borders in North America to benefit from lower tariffs,” he said.

He explained that the USMCA offers greater flexibility for origin certification requirements for traded oil and gas products. The new trade deal also streamlines the regulatory process for U.S. LNG exports to Mexico and Canada, including automatic export approvals, which were locked in the USMCA.

Shoyer added, “The U.S. government has touted that the USMCA will essentially freeze in place Mexico’s energy reforms, which have been significant over the past few years, converting what had been Mexico’s unilateral choices into treaty obligations.”

Despite offering several benefits, the new agreement has scaled back protections for foreign direct investment compared to NAFTA. Companies that are looking for E&P investments in Mexico are facing some uncertainty. Once the USMCA goes into effect, investors in Mexico and the U.S. will still have access to investor-state arbitration but under limitations and with heightened domestic remedy requirements.

“Although the USMCA does not limit U.S. investors willing to invest in the Mexican energy market, it does appear to limit the recourse that U.S. investors would have to enforce in international arbitration, at least in comparison to what currently exists under NAFTA,” Shoyer said.

He said there is still a long way to go before the new trade deal formally goes into effect, even though the USMCA deal has been passed by the U.S. Congress and signed by the president.

“Once all three countries have gone through the domestic ratification process, they will notify each other of the formal exchange and the contract will go in force a couple of months after the notification process. It is highly likely the agreement will go into force at some point this year,” Shoyer said. Currently, Mexico imports more than 70% of its gas needs from abroad, and more than 90% of those purchases come from the U.S., which is a boon for U.S. exporters. In a January statement, Mexican President Andrés Manuel López Obrador said it would be a long time before Mexico can produce enough natural gas to attain self-sufficiency and, until then, the country will continue to rely on imports. The EIA forecasts that U.S. deliveries to LNG export facilities and by pipelines to Mexico will account for an increasingly larger share over the next two years, as new LNG facilities are placed in service and new pipelines in Mexico that connect to U.S. export pipelines begin operations.

The development of the pipeline network for natural gas in the U.S. and Mexico has been duly expanded over the last several years, with several pipelines coming into service in both countries, according to Ken Irvin, co-leader of the global energy practice at Sidley Austin LLP.

For instance, the 168-mile Valley Crossing Pipeline is now able to flow gas to points south in Mexico after delays in the downstream pipelines. Valley Crossing Pipeline connects with the 450-mile Sur de Texas-Tuxpan Pipeline, which recently began commercial operations in Mexico. Together, these pipelines have increased the flow of natural gas from the Eagle Ford and Permian to south of the border in Mexico.

With service now flowing north and south of the border, the Valley Crossing Pipeline will transport natural gas to Mexico from the Agua Dulce near Corpus Christi, Texas. The Valley Crossing Pipeline has a capacity of 2.6 Bcf/d. Upon completion of all the downstream pipelines, it will be the largest natural gas pipeline that flows from the U.S. to Mexico. Irvin added that several new pipelines in Mexico that connect the West Texas area have entered service and are expected to ramp up service in the near term as the downstream pipeline network is built out.

“Everyone benefits from using gas instead of oil. So in the long term, I would expect the market to be enthusiastic about building pipelines and infrastructure for delivering natural gas to Mexico,” he said.