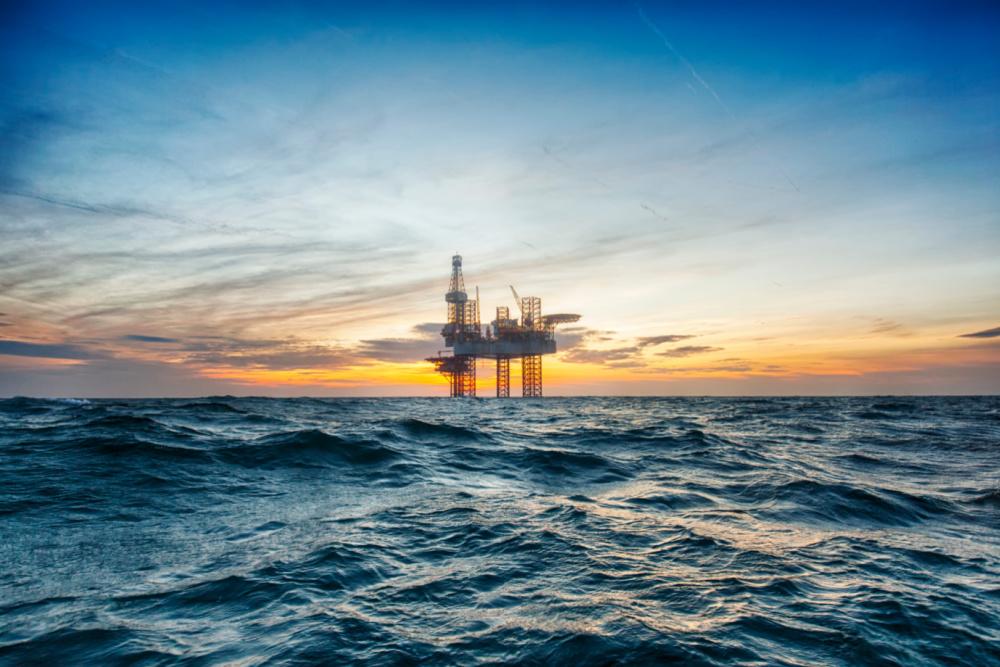 A report shows the combined average Gulf of Mexico oil and gas production between 2022 and 2040 could fall by about 19%, from about 2.6 MMboe/d to 2.1 MMboe/d, if the next five-year offshore leasing program is delayed. (Source: Lukasz Z/Shutterstock.com)

As the clock ticks toward the end of the current five-year offshore oil and gas leasing program, a delay in the next leasing program could put energy security and jobs as well as millions of dollars in local, state and federal revenue at risk, according to industry groups.

The fiscal year 2023 Interior Department budget already indicates cause for concern. Expected revenue from existing offshore oil and gas rents and bonuses could nosedive by $370.4 million to only about $25 million. The last two offshore lease sales of the current program remain uncertain.

“The revenues that are projected suggest that there’s not going to be any lease sales probably until 2023,” Erik Milito, president of the National Ocean Industries Association (NOIA), said March 29. “So, we’re already looking at a fiscal year 2024, according to the government’s current projections, for a potential next lease sale.”

The existing program is set to end June 30, but there has been little significant movement since 2018 on the next five-year program. That’s when the Bureau of Ocean Energy Management concluded the 60-day comment period on the draft proposed program.

In the years since, court decisions regarding environmental impacts of oil and gas activity offshore, including portions of the Arctic and Atlantic oceans, contributed to stalled action on the proposed plan, draft environmental impact statement (EIS) under the Trump administration. With the energy transition in full motion and thoughts on a low-carbon future, action on the proposed plan and draft EIS under the Biden administration has not happed either. Plus, a review of the federal oil and gas leasing program recommended offering smaller areas for lease instead of areawide offering—a suggestion that could impact the next five-year program.

The potential delay has prompted concern by energy industry groups at a time when geopolitical turmoil and market volatility have put energy security in the spotlight.

Frank Macchiarola, senior vice president of policy, economics and regulatory affairs for the American Petroleum Institute (API), called the lack of progress on offshore leasing an “example of the large gap between rhetoric and reality.” He fears the next five-year program won’t be in place by July 1, impacting oil and gas drillers’ ability to get new federal offshore leases.

“While API welcomed news that the Department of the Interior is resuming leasing and the Department of Energy’s recent decision to approve two LNG permits, there’s no question that there’s more that needs to be done to encourage domestic energy production, and the administration’s rhetoric still stands in contrast to many of their policy actions,” Macchiarola said.

Assuming in the delayed case the first lease sale of the next five-year program occurs in 2028 compared to a base case of lease sales starting in 2022, a report prepared by the Energy and Industrial Advisory Partners for API and NOIA revealed:

·      Governments could see a nearly 20% reduction in revenues, which are projected to fall to average about $6 billion, down from the $7.4 billion per year projected in the base case.

The report cautioned that the forecast could be impacted by commodity price uncertainty and global economic conditions.

The Interior Department didn’t provide details on the status of the program and what could be done to get the process back on track if behind schedule.

“The Interior Department is actively developing its five-year plan for the offshore program,” Melissa Schwartz, spokesperson for the Interior Department, told Hart Energy in an emailed statement. “In the meantime, of the more than 11 million acres of offshore federal waters already under lease, more than three-quarters (75.58% or 8.29 million acres) are unused and non-producing.”

However, Milito pointed out on the media call that some companies may have leases expiring and want to repurchase them, while others may want to lease blocks adjacent to their facilities to bring additional production online.

While offshore is mostly thought of as long-cycle developments, existing infrastructure and facilities in the GoM enable producers to start up tieback developments quicker.

Looking at the report, Milito said production could increase by about 700,000 bbl/d from 1.1 MMbbl/d with a leasing program in place. The offshore oil and gas sector, particularly the deep water, is recognized for having the lowest carbon barrels, he added.

“The same companies that built up the Gulf of Mexico oil and gas sector are going to build out the Atlantic Coast offshore wind sector,” Milito said. “They’re playing a role in the development of a carbon capture and storage network that we hope will emerge in the Gulf of Mexico and are looking at emerging energy technologies like hydrogen. So, we have a great story to tell here, and it’s a story of all of the above.”

He later added that NOIA has raised concerns about the lack of progress in the next five-year leasing program as part of litigation involving the leasing pause in the case filed by Louisiana. Action should be taken to ensure the government is not out of compliance by not having a program in place based on the lack of progress, he said.

“The longer you go without a five-year program, the more significant the impacts are going to be on our economy, for Americans, for jobs, for energy affordability,” Milito said, noting hopes are to force action by the administration to move on the leasing program through the litigation process.

Macchiarola pointed out inconsistency by the current administration regarding offshore policy and its aspirations for increased investment, job creation and revenue.

“It would be one thing if we were living in a stable, secure time, but it’s another when the rhetoric is so critical around an urgent matter of national security and the national security of our allies overseas. The American people are asking for relief from energy prices, and the European people need relief from the stranglehold that Putin has over them on energy,” Macchiarola said. “The United States can deliver on both of these. We just need a shift in policy from the Biden administration and in fact, all we need is for the Biden administration to act the same way that they speak.”