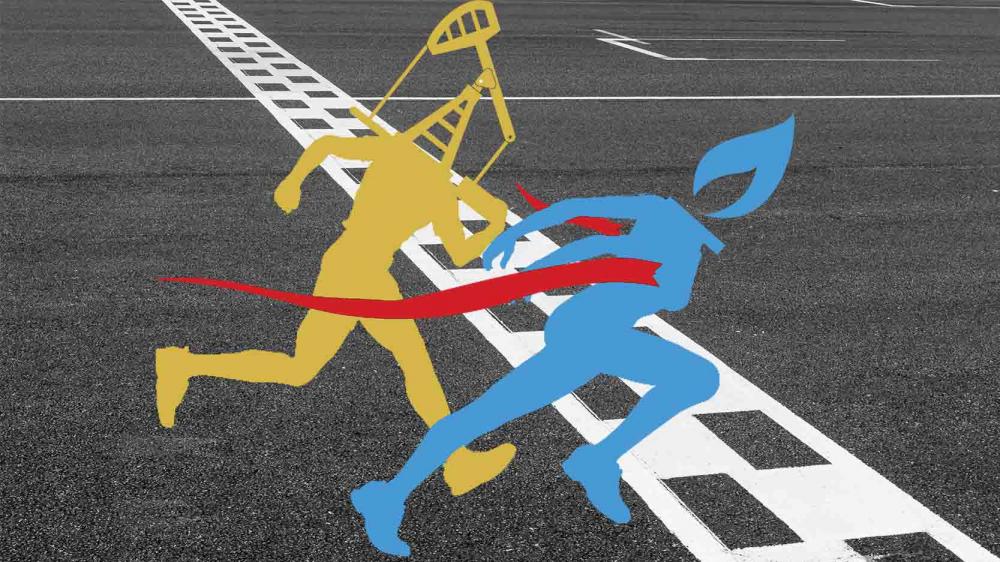 Global oil demand will reach a new high in 2025, barely eclipsing its 2019 record, but natural gas will overtake oil in 2032 and retain the top spot among primary energy sources through 2050, DNV forecast in its Energy Transition Outlook 2021, released Sept. 1.

The fifth annual study produced by Hovik, Norway-based DNV, also emphasized that the pace of the energy transition to cleaner fuels is too slow to keep global warming to less than 2 C by 2100. DNV also stated that COVID-19 stimulus packages designed to supplement wages and help industries and the economy to recover could have been steered toward decarbonization efforts to aid with the reduction of greenhouse-gas (GHG) emissions.

“Global CO2 and GHG emissions fell 6% in 2020 but will rise again this year,” the outlook said. “While the emissions trajectory has shifted down slightly, that is due to lost economic activity, not energy-system renewal. The overall pace of the transition has not accelerated, and that is a lost opportunity.”

Hydrocarbons will experience a steady decline by the outer range of the outlook’s time frame. Fossil fuels’ 80% share of the global energy mix will diminish to 50% in 2050, despite widespread stated commitments to decarbonization.

Demand for coal, which peaked in 2014 at 7.9 billion tons, will tumble 62% from 2019 to 2050 as the energy transition picks up speed. Coal has been surrendering market to natural gas and renewables in Europe and North America since 2014, and its use in Asia will drop sharply beginning in 2030. This will happen despite recent strong growth in coal use in India and Southeast Asia.

Following its 2025 peak, oil demand will decrease slowly until 2030 before beginning a two-decade decline that will average 2.8% a year, DNV said. Electrification in cars and trucks, and the increasing use of low- and zero-emission fuels for maritime and aviation will cut oil’s share in transport by almost half. In petrochemicals, oil demand will peak in 2035 before recycling and bio-derived feedstocks cut into its demand.

Oil use in total will decline 45% between 2019 and 2050, DNV forecasts, with production concentrated in the Middle East and North Africa.

Natural gas will rise to the top of the fossil fuel heap as oil and coal decline, despite slow growth in the 2020s and flat development in the 2030s. DNV expects natural gas demand to sink 10% between 2040 and 2050.

Gas demand will vary by regions, the outlook says. Among the 38 developed countries of the OECD, gas is expected to decline gradually. Greater China will see a peak in the early 2030s, while India’s gas demand is forecast to triple by 2050.

North America’s share of the LNG market will grow throughout the 2019-2050 forecast period to 38% of global liquefaction capacity. DNV estimates that only 15% of natural gas used will be carbon-free by 2050, mostly in regions focused on decarbonization like Europe, Greater China, North America and Pacific OECD such as Australia, Japan and South Korea.

Blue hydrogen, produced from the steam methane reforming process of natural gas by employing carbon capture technology, will displace gray hydrogen over time but will lose its cost advantage and provide less than 20% of hydrogen for energy purposes by 2050. Green hydrogen, produced by electrolysis using renewable energy, will take on the role of the primary long-term solution for decarbonizing sectors such as aviation, maritime, long-haul trucking and much of heavy industry.

Hydrogen production for energy is negligible at the moment, DNV said, and will not begin to scale until the late 2030s, providing only 5% of global energy demand by 2050.

In a shorter-range report, GlobalData said Sept. 1 that it expects annual production of blue hydrogen to nearly triple to 1.4 million tons by 2030, accounting for 85% of the low-carbon North American hydrogen market. Economics favor the fuel, said Miles Weinstein, energy transition analyst at GlobalData.

Those costs are comparable in Canada, Weinstein said, but Canada has maintained an advantage because of its greater carbon sequestration infrastructure, as well as funding for low-carbon vehicles and fuels.

“In most other global regions, however, the capacity of green hydrogen plants far outpaces that of blue due to higher natural gas prices or, in some cases, cheap renewable electricity,” he said. U.S. tax credits for carbon capture and storage do, however, effectively reduce the cost of blue hydrogen to $1.26/kg, reaching $1.11/kg by 2026.

Tech giant Microsoft has set a goal of being carbon-negative by 2030, Kimberly Mathisen, general manager of Microsoft Norway, said during DNV’s online release of its outlook.

“When we put that in place, we started to understand very, very quickly, that the importance of carbon negativity was going to guide a lot of our activity and our thinking and investments,” Mathisen said. “It was also clear to us that this was going to be a massive team effort for us to get this done.”

Microsoft takes a two-pronged approach, she said, both as an energy purchaser and as an investor. The company has committed to buying only renewable energy by 2025 through power purchase agreements.

“Those types of goals and those commitments to purchase in that way have truly begun to move the market,” Mathisen said.

Microsoft also developed its own $1 billion Climate Innovation Fund to accelerate development of technologies to push the energy transition forward or, as she put it, “fund the unfundable.” Those projects include carbon capture and others that offer the possibility of flattening cost curves.