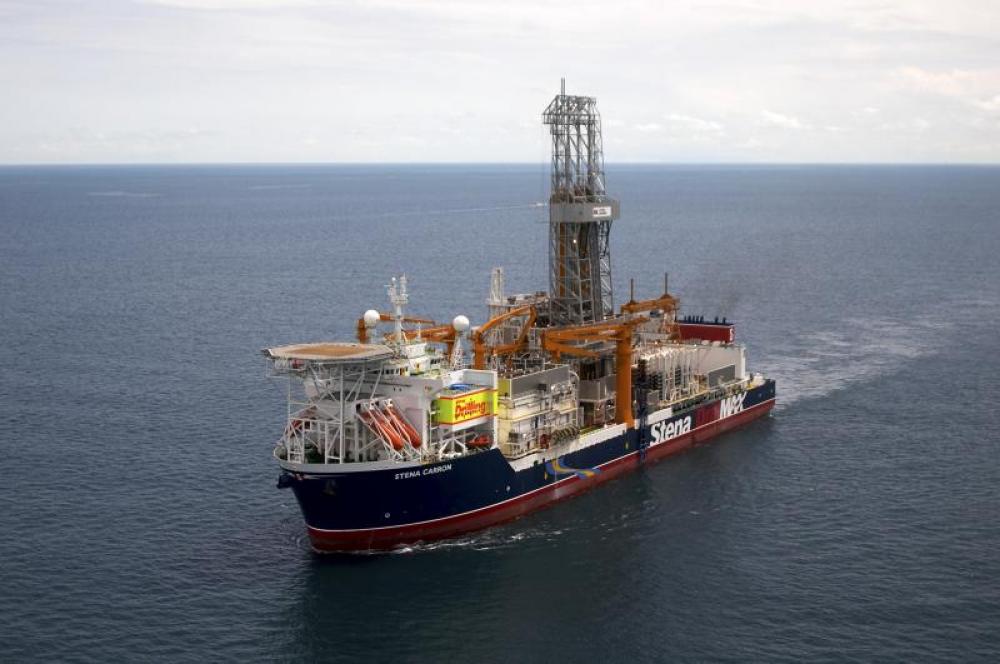 The Hammerhead-1 well was drilled by the Stena Carron drillship on the Stabroek Block.

The winning streak continues offshore Guyana for Exxon Mobil Corp. (NYSE: XOM) and partners. A ninth discovery in the Exxon-led exploration effort has ushered in a new play concept for potential development.

“The Hammerhead-1 discovery reinforces the potential of the Guyana Basin, where Exxon Mobil is already maximizing value for all stakeholders through rapid phased developments and accelerated exploration plans,” Steve Greenlee, president of ExxonMobil Exploration Co., said in the release. “Development options for Hammerhead will take into account ongoing evaluation of reservoir data, including a well test.”

The well was drilled by the Stena Carron drillship on the Stabroek Block, where Exxon Mobil affiliate Esso Exploration and Production Guyana Ltd. has made four other discoveries in the past year.

The Hammerhead discovery brings the total count up to nine. These include Liza, Liza Deep, Payara, Snoek, Turbot, Ranger, Pacora and Longtail, amounting to what could be more than 4 billion barrels of estimated recoverable resources.

Exxon Mobil said up to five FPSOs could be needed to produce more than 750,000 barrels per day (bbl/d) of oil from the discoveries by 2025.

“Hammerhead is another significant oil discovery that further demonstrates the tremendous prospectivity of the Stabroek Block, where we continue to see multibillion barrels of additional exploration potential,” Hess CEO John Hess said in a separate news release. “This ninth discovery further enhances our potential to maximize value through rapid phased development.”

Work is already progressing on Liza Phase 1 in hopes of hitting first oil by early 2020. Plans are to use the Liza Destiny FPSO to produce up to 120,000 bbl/d, Exxon Mobil said, adding construction of the FPSO and subsea equipment is “well advanced.” The second phase of the development calls for another FPSO to produce up to 220,000 bbl/d. If sanctioned, a decision for which is expected by year-end 2018, production from Liza Phase 2 could begin in 2022.

“A third development, Payara, will target sanctioning in 2019 and use an FPSO designed to produce approximately 180,000 barrels of oil per day as early as 2023,” Exxon Mobil said in the release.

The Payara Field is located about 12 miles northwest of Liza. The company increased its estimates of gross recoverable resources for the block in 2017 after encountering additional oil in the Payara reservoir, solidifying its status at the time as the second largest field discovered by the company offshore Guyana.

In addition, Exxon Mobil said in July that the Longtail well—the eighth discovery on the block—set up the Turbot-Longtail area as a possible development hub for more than 500 million barrels of oil equivalent. But that estimate could grow.

The Stabroek Block, which has already proven prolific, could have more to give. Exxon Mobil and partners Hess Corp. (30%) and CNOOC Nexen Petroleum (25%) have more undrilled targets in their crosshairs, and more appraisal drilling is in their plans.

Covering about 26,800 sq km, the Stabroek Block is located about 130 miles offshore Guyana.