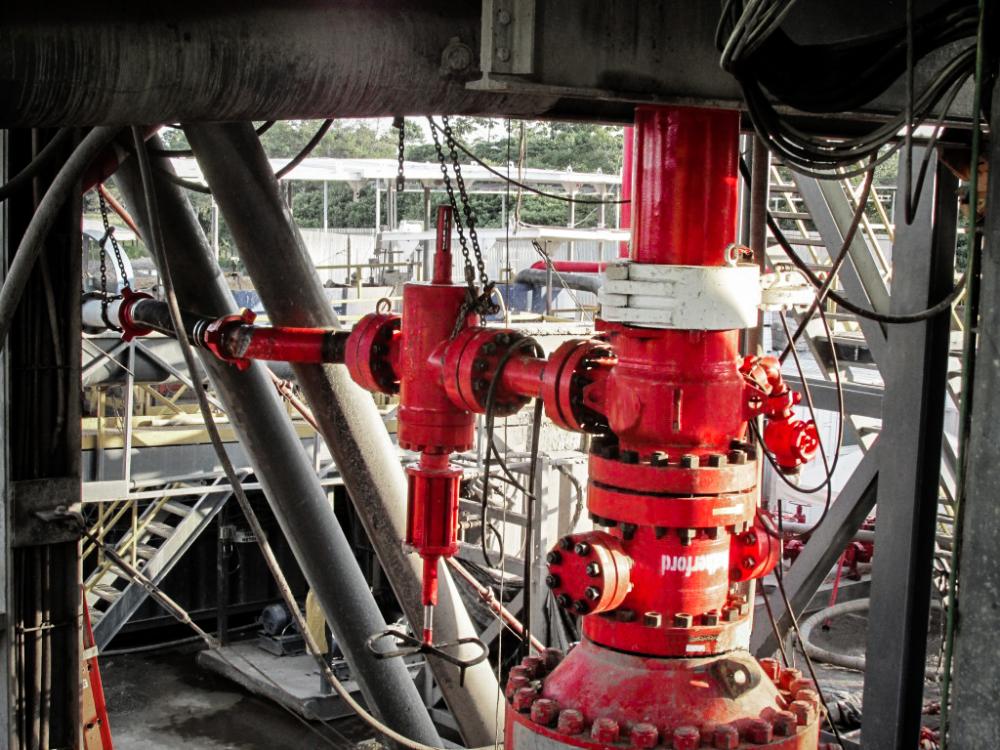 Managed-pressure drilling (MPD) systems have proven effective in every type of well worldwide, including vertical, horizontal and unconventional designs. These technologies offer dramatic and immediate safety and efficiency benefits when drilling in HP/HT or depleted zones in offshore and onshore environments.

RCDs enable basic to advanced pressure-control capabilities. In basic applications the RCD contains and safely diverts fluid returns from the rig floor. For advanced applications, it creates a cap on the wellhead to enable immediate detection of minute influxes or losses and precise management of wellbore pressures.

While the RCD alone provides passive pressure control and enables closed-loop drilling, additional components prepare the system for full MPD operations. The move to either manual or automatic MPD operations entails the use of surface backpressure (SBP) to actively manage wellbore pressure.

In an MPD system the driller gains control by applying SBP using a choke manifold and possibly an auxiliary pump to better maintain annular backpressure during connections. This action causes almost immediate changes to the annular pressure profile and manages very small influxes and losses before they develop into well-control events.

In an onshore oil and gas field in Colombia an operator used an RCD and a choke manifold to drill a sidetrack from the parent wellbore to a higher pressure production zone. Drilling began with an open choke and no SBP to check contact with the formation pay zone. After drilling 119 m (392 ft), the drilling team applied 600 psi of SBP to the choke and monitored well behavior. Based on the information gained, the team adjusted the brine from 13.2 lb/gal to 13.5 lb/gal and maintained the bottomhole equivalent circulating density (ECD) during drilling between 15.3 lb/gal and 16 lb/gal using an SBP between 600 psi and 900 psi.

Together, the RCD and choke enabled drilling in the optimal operating window at near-balanced conditions to the planned total depth (TD) of 2,523 m (8,276 ft) in just 46.5 hours. The operation was completed without nonproductive time (NPT) or safety incidents, and the well steadily produced at a rate of 210 bbl/d—a 210% increase over the expected reservoir production of 100 bbl/d.

A better RCD. As mentioned previously, the RCD is a critical well-control component that enables closedloop drilling and, with the addition of other equipment, MPD operations. After nearly 50 years of using RCDs in onshore drilling applications, Weatherford developed the new SafeShield 5M RCD. This singleplatform RCD streamlines equipment management since it supports a wide range of applications and pressures. Compared to previous models, the RCD offers a shorter stack height, a larger through-bore diameter of 8¼ in. and higher pressures ratings up to 5,000 psi.

Enhancements include a remote latching system that enables installing and removing the bearing assembly without manual handling below the rig floor. The RCD also features a self-lubricated bearing assembly that eliminates the requirement for an external hydraulic lubrication unit and the need to connect lubrication lines.

RCD plus choke. Pairing an RCD with an electric setpoint choke creates a system for basic MPD in production or development wells with predictable pressures and limited exposure to kicks. This pairing can reduce NPT, mud costs and the risk of well-control incidents.

RCD plus choke and detection manifold. Adding a detection manifold to an RCD and choke system delivers further benefits, especially in exploratory or development wells that have a greater likelihood of unexpected kicks. These wells require early kick and loss detection to safely reach TD.

Combining an RCD with an advanced flow detection system helps to identify influxes and losses early. This early detection capability can minimize response times and, in turn, reduce the risk of well-control incidents. The system also can distinguish kicks and losses from less hazardous events, which enables better decision-making on the rig floor and more economical drilling.

An automated system for MPD, the Microflux control system integrates sophisticated software; controls; and closed-loop components that monitor, analyze and automatically manage wellbore pressure. Compared to manual systems, the automatic system reduces response times to influxes or losses, minimizes the size of influxes from barrels to gallons, optimizes circulation rates out of the wellbore and increases the speed of the total drilling program. 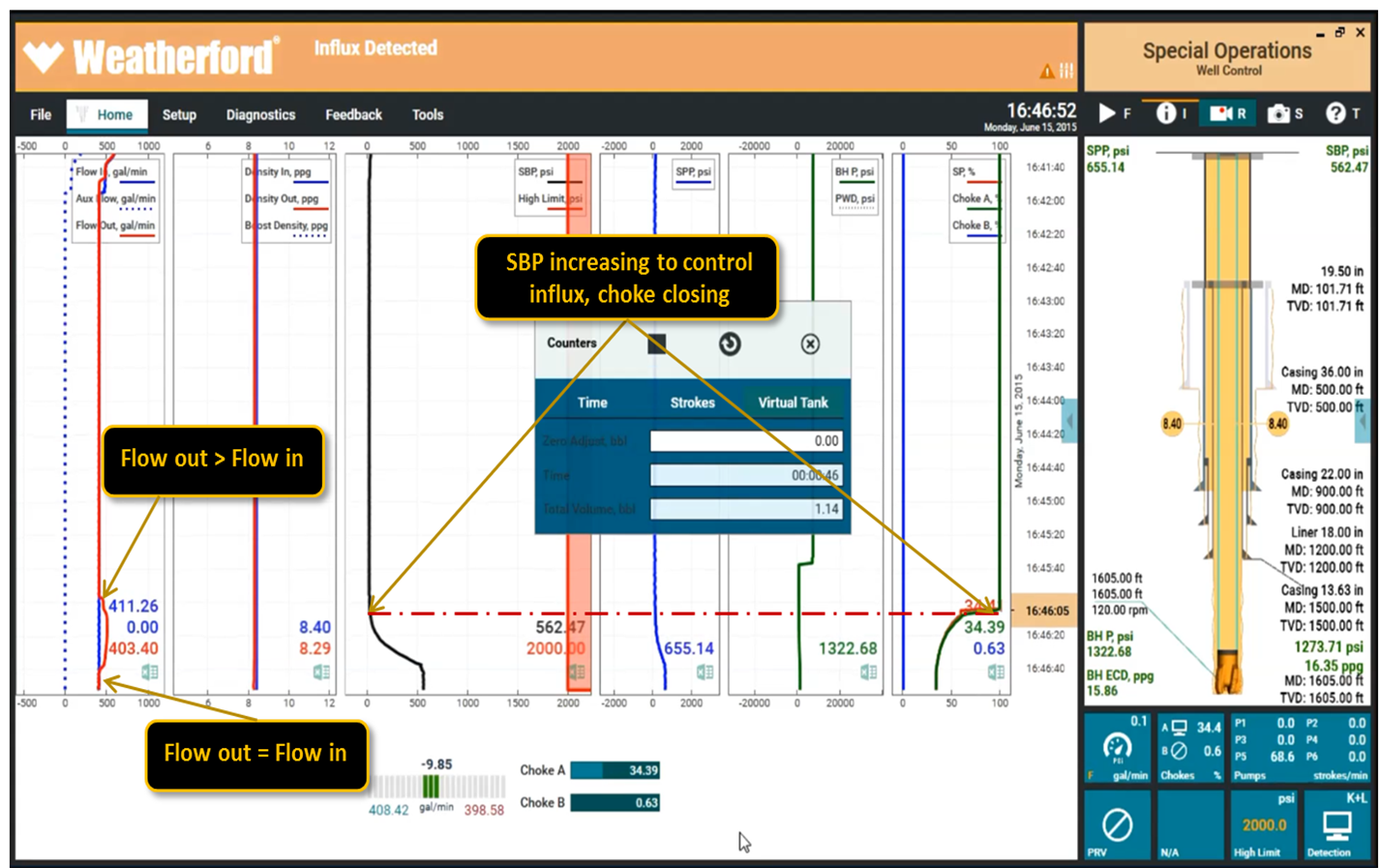 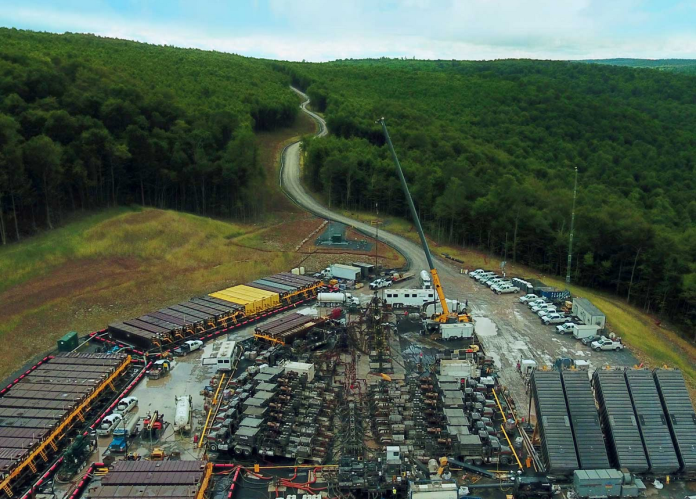