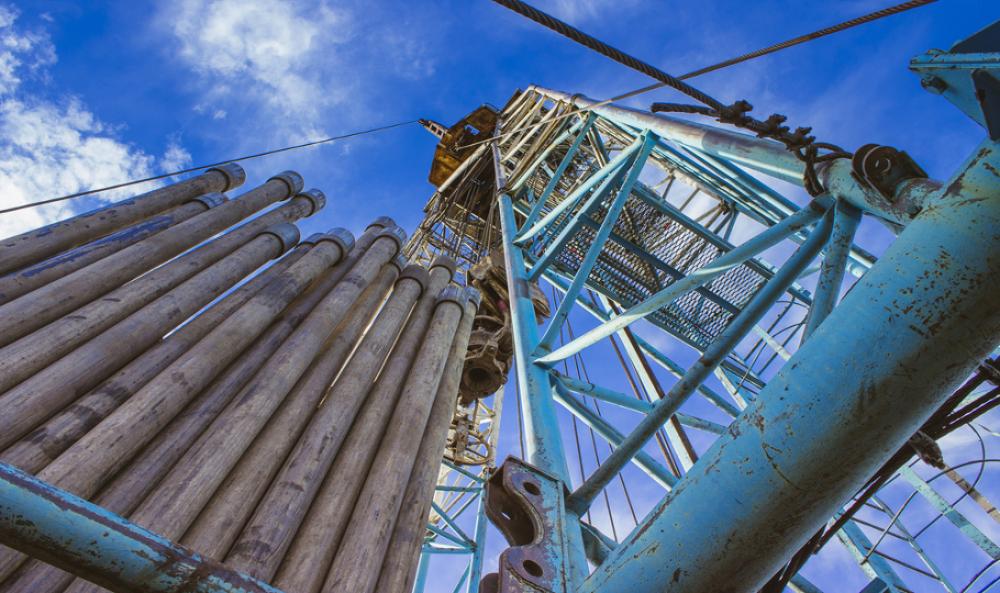 The prolific shale plays that span the U.S. have been a game changer for the oil and gas industry, with technological advances and a decade of lessons learned creating more opportunities than ever to drill wells successfully.

However, these complex basins continue to present a host of drilling challenges, including uncertainty as it relates to pore pressure and fracture gradient, heterogeneous geology, narrow drilling windows and pressurized fractures. Such characteristics increase the risk for gas kicks and losses, resulting in safety issues, high operational costs and nonproductive time (NPT). To mitigate these hazards, operators are increasingly embracing drilling strategies that go beyond the limitations of conventional methods to provide the certainty they need to drill wells efficiently, economically and safely. 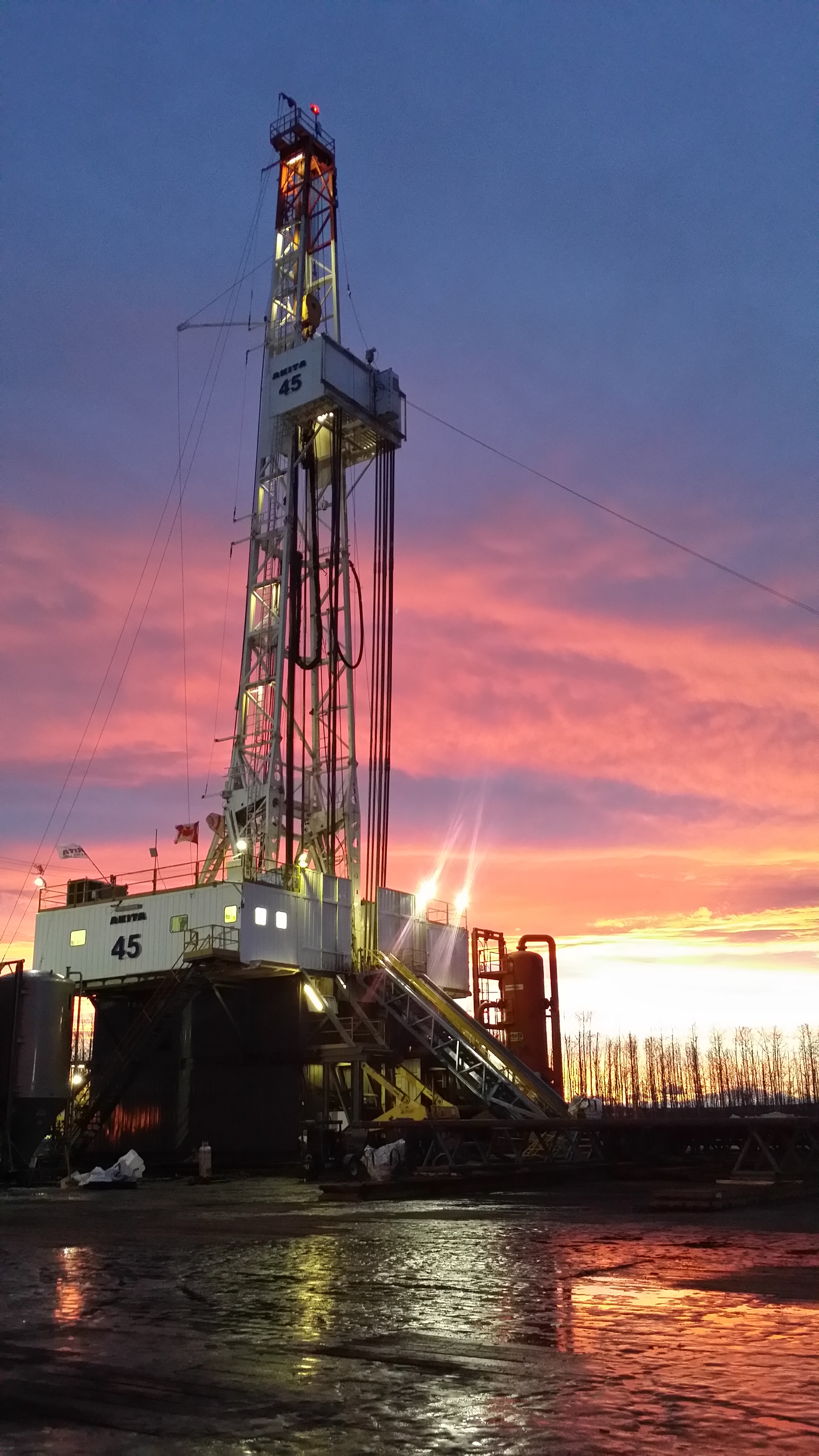 Among the drilling techniques proving beneficial in shale plays is managed pressure drilling (MPD), a closed-loop drilling technique that enables the driller to monitor wellbore pressure profiles and rely on the system to automatically adjust surface backpressure as needed throughout the operation. The approach, which has been applied in land and offshore wells worldwide, is increasingly being adopted by operators to drill gas wells in the diverse Utica Shale, stretching across areas of Ohio, Pennsylvania and West Virginia.

Well profiles in the area are typically designed so that the target center line of the horizontal section lands in the Utica, Point Pleasant and Lexington shales. Depending on the location, total vertical depths range anywhere from 2,591 m to 3,597 m (8,500 ft to 11,800 ft), with wells being shallower on the Ohio side and becoming deeper moving east toward Pennsylvania and West Virginia.

Geological challenges in the area have presented multiple issues when using a conventional overbalanced drilling approach and high mud densities, with wells experiencing kicks as high as 70 bbl to 80 bbl and often resulting in significant NPT.

Several operators have adopted MPD as the preferred method to drill wells in the Utica to address these issues. Between 2015 and mid-2016 24 horizontal shale gas wells have been drilled using the Weatherford MPD system, engineered with two key features that are especially critical in shale gas applications. First, an advanced Coriolis flowmeter detects kicks and losses very early before they can escalate into serious well control problems. Secondly, an automated choke manifold provides precise control over and instantaneous adjustments to bottomhole pressure (BHP) conditions. In this way, the system gives operators flexibility in overcoming drilling hazards related to formation heterogeneity, geological and pressure uncertainties, and the presence of natural fractures.

In selecting a strategy for managing the wellbore pressure profiles of the Utica wells, many operators have determined that applying the MPD variation of constant BHP (CBHP) is the optimal solution. The Weatherford Microflux control system maintains CBHP while also identifying and mitigating drilling hazards. The system’s ability to minimize pressure fluctuations while making connections reduces the risk of wellbore integrity problems and formation ballooning and enables drilling through narrow pore pressure/fracture gradient windows.

At the same time the system automatically detects and controls early kicks and losses within gallons. In the event of a kick, the system quickly reacts by compensating with the pressure needed to recover from an overbalanced state, all within the necessary safety margin. BHP is automatically adjusted by closing the hydraulic chokes to increase surface backpressure, minimizing the size of the kick that must be circulated out without shutting in the well. It automatically reduces surface backpressure to minimize formation damage if the system detects a loss.

An important enabler of the technology is the rotating control device (RCD), which is installed above the rig’s BOP stack to contain and divert annulus fluids at surface, a critically important and demanding task in MPD operations. Several RCD models are available, each touting different pressure ratings to accommodate a wide range of wells with varying pressure profiles. Compatible with various drilling techniques, including MPD, the RCD diverts well effluent through a dedicated choke manifold. The process ensures that HSE issues are avoided during the drilling operation.

The MPD operations in 2015 and 2016 were conducted in four zones in the Utica, with 22 of the jobs in eastern Ohio’s Noble and Monroe counties. Additionally, two wells were drilled in the deeper area of the Utica: one in southwestern Pennsylvania, the other in northwestern West Virginia.

The overall drilling strategy for all the wells was to mitigate potential problems related to kicks and losses by keeping the equivalent circulating density steady—above the estimated pore pressure and below the estimated fracture pressure—during dynamic and static conditions. Operators also wanted the ability to detect early kicks and losses; this was achieved by measuring return volumetric rates and adjusting bottomhole conditions instantly using the MPD choke to limit influx volumes when natural high-pressure fractures were crossed. 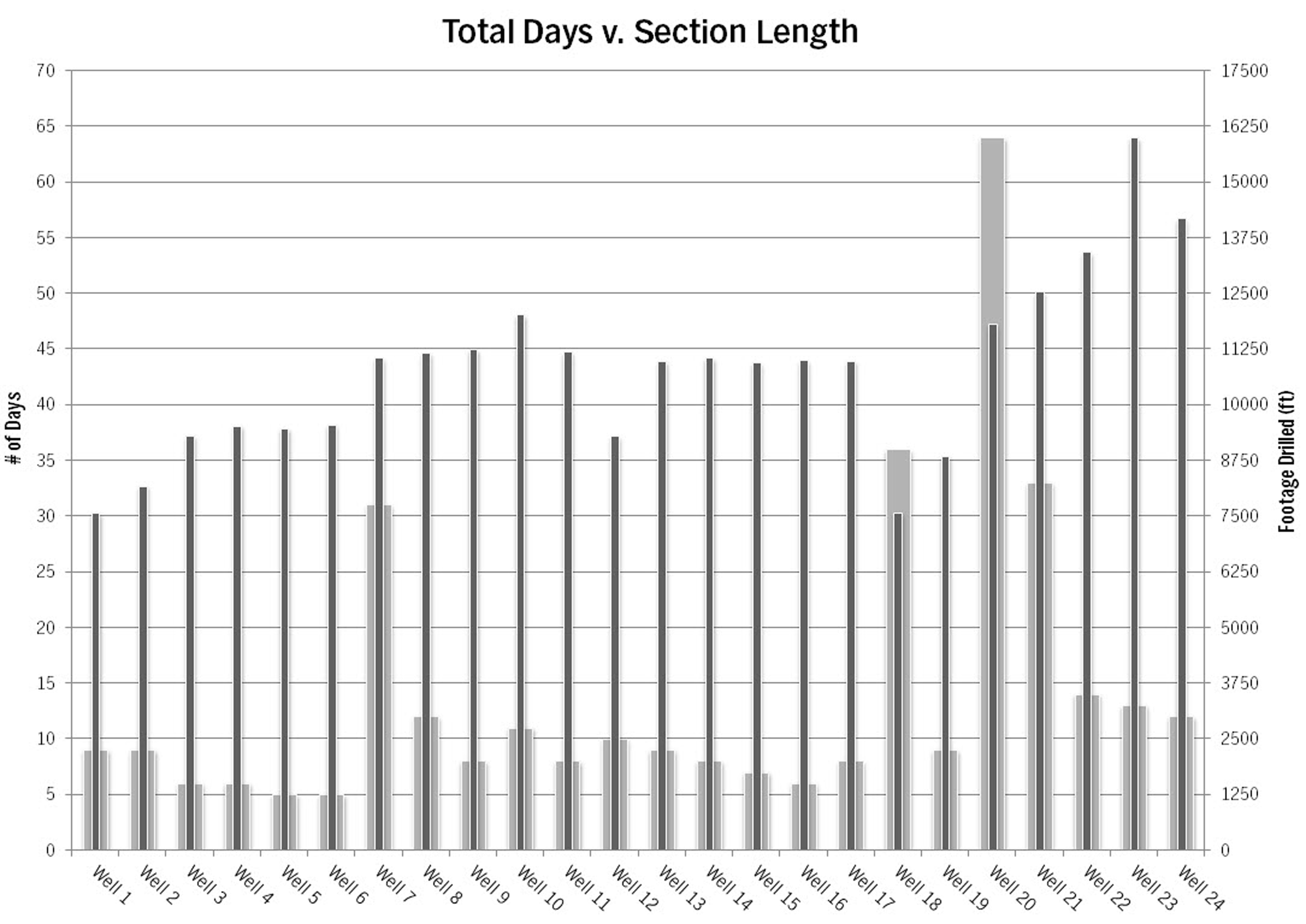 Conclusions from the field

Overall, Utica operators have significant improvements in drilling efficiencies and operational savings when using MPD, enabling them to reach target depths and overcome hazards related to geological and pressure uncertainties in the play. The ability to continually monitor potential kick and loss events while optimizing drilling performance has resulted in continued adoption of MPD throughout the play.

ROP for the 24 wells ranged from 12.2 m/hr to 61 m/hr (40 ft/hr to 200 ft/hr), with interval durations averaging five to 10 days. The longer drilling campaigns were the result of issues such as stuck pipe, downhole tool failures and pipe twist-offs.

Out of the 24 MPD wells drilled to date in the Utica, only 0.1% of NPT was related to MPD; most of the NPT was incurred replacing RCD bearing assemblies that failed because of top drive vibration and improper BOProtary table alignment. The use of lighter mud densities, resulting in lower overbalance levels, led to improved ROP without incurring any well control events or significant mud losses.

Additional deployments of the automated MPD system are being planned in the Utica for 2017. The system also is being implemented in two other U.S. shale plays.