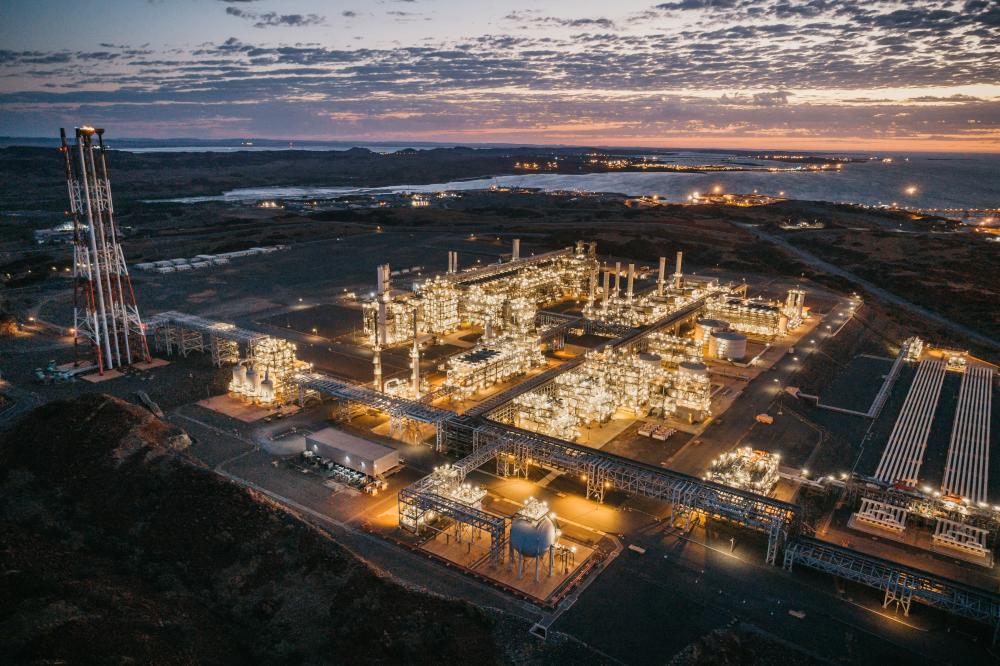 Like most oil and gas majors, Australia’s Woodside Energy is grappling with how best to harness the myriad opportunities presented to the oil and gas sector by artificial intelligence (AI). Unlike some, however, Woodside has some projects underway that are already delivering significant results.

One of the people charged with overseeing this transition is Alison Barnes, head of robotics. She is tasked with leading the efforts to incorporate the use of intelligence systems on Woodside’s new assets that are being designed at various engineering houses around the world. For the role, Barnes leans heavily on her background as an instrumentation and controls engineer.

“I lived up in Karratha in northwest Australia for several years, working on LNG plants and supporting our gas assets,” she said in a presentation at Offshore Europe. “I was then moved from production into technology to head up the robotics lab, and now I get to execute the executive’s vision for using digital technologies.”

What can AI do?
There are many interpretations of what AI entails, but Barnes likes to define it as the ability to mimic human intelligence and/or behavior.

“Many of the examples are familiar in our daily life, and a lot of what the industry is applying is still very much in that narrow band isolated to specific parameters and context,” she said. “The key is obviously moving past all the hype and making it useful and applicable. We have all seen the shiny brochures, the presentation packs, the emotive news articles, but hopefully, some, like me, have had a chance to play with this technology.”

Woodside already uses AI in many business processes, much of it in collaboration with the IBM Watson deep learning AI platforms. “In implementing several Watson systems, we discovered that we needed a system that could work across and outside them. Sometimes it may not be clear which system holds the information we need, or related information lives in several systems,” Barnes said.

This led to Woodside developing its own cognitive assistant, Willow. “Our data science team also works directly with asset engineering and operations to build a range of statistical and analytics tools, using live streaming data from our facilities,” Barnes said. The Maximum Possible Production tool Pluto LNG uses to compare current and historical performance is in use to maximize daily production.

The Maximum Possible Production tool runs every 10 minutes and creates a model that looks at all the uncontrollable variables and compares them to the last time they came together in that way. With these data, the tool advises the operator what it can do with all the controllable variables. Woodside also has a surveillance hub for engineers, which collects data from thousands of tags in the plant so they can monitor and look at specific plant and processes so they can improve maintenance reference plans and better monitor equipment performance.

Adding intelligence to Pluto LNG
One AI project that Barnes and her team are currently working on is also at the Pluto LNG facility in northwest Australia and is focused on intelligent edge assets. Woodside has operated the Pluto LNG facility since startup in 2012. Gas from the offshore Pluto and Xena fields is piped through a 180-km pipeline to Pluto LNG’s single onshore LNG processing train located on the Burrup Peninsula near Karratha in Western Australia.

“The project has moved past proof of concept and pilot trial, but it is still very much a working piece,” Barnes said. “Our goal is to build this intelligent asset. We want to install a data-driven digital nerve system at the heart of our operating facilities to capture, analyze and make use of all the available data. Ultimately, this will enable better decision-making. Our tagline for the project is to make things work harder, so people can work smarter.”

When it came to naming the AI system, the team kept coming back to precisely what they were hoping to achieve, which was to integrate all the data into one holistic view. “We all agreed to name it Fuse,” Barnes said. “What we are working on is fusing technologies and data to create these intelligent assets.”

“It is still a work in progress, but part of the vision is to create a tool that provides better than human awareness,” Barnes said. “I want someone to feel like they can use this tool to look at a piece of equipment and get more information than they could if they got on a plane up to Karratha, put on their PPE [personal protective equipment], went out in a helicopter and stood in front of the piece of equipment themselves. That is a challenging thing to do, especially having worked in operational sites myself.”

As to how Woodside is going about achieving this lofty ambition, it is a combination of deploying the best technology available and integrating that with its own proprietary innovation that fills the gaps the company felt are in the market. “We are integrating existing plants, sensors and data,” Barnes said. “But then we have also had to deploy hundreds of additional sensors to get the data that we required.”

Gap in the market
When Woodside analyzed what was available in the market, it found that the best that was on offer did not fit the requirements. The sensors were either too expensive or too complex to integrate and required specialist skills. The team’s response was to prototype, develop, build and certify their own sensors.

“Hopefully there will be new IoT [Internet of Things] sensors in the market, which we can utilize in the future as we have no desire to become a sensor company,” Barnes said. “But in the meantime, it’s helping us achieve our goal.”

The development of these smart sensors created another, although not an unexpected, problem for Woodside—the sheer volume of additional data to manage. “We had all this additional data that we never had before,” Barnes said. “It was too much for operations to monitor. That is where we deployed analytics tools and data science to process and understand it.”

She continued, “We have a camera that has a view of a gauge somewhere in its vision, we can digitize the reading, look at it over time and, more excitingly, look at it compared to other pumps, because everything’s now connected. Our algorithm can learn what is normal, alert you when it sees a case that is not and then offer some insight or action as to what you should do.”

More to come from AI
This is just the start of the journey for Woodside. The next step is to visualize those data and create what has been dubbed a version of a 4-D digital twin that was spatially referenced—a virtual replica of the site with embedded real-time data analytics.

“When we are solving problems, I think it is fascinating because we can now better enable the collective wisdom and collaboration of many,” she said. “We can even draw on those different assets and different points of time if we get it right.”

Barnes concluded, “I think the best way to succeed is to start and try it. We need to think big, start small and scale fast. We are taking a very hands-on approach to assess the usefulness of each technology. We need to work with our people to identify where best to employ the technology and bring those who have the technical expertise on board to change the discussion and show us how we could do things differently. We must be critical about their usefulness and mindful to changes to people’s roles and the skills required. And we’re going to need to collaborate within and across sectors.”

A partnership develops an autonomous solution to mitigate safety in an offshore drilling rig’s most dangerous area: the Red Zone.

Seadrill has launched a new technology aimed at safety management on drilling rigs in one of offshore’s most dangerous areas. Developed by The Marsden Group, Vision IQ is an artificial intelligence (AI)-enabled safety technology aimed at monitoring risks within a rig’s Red Zone. The high-risk area is the portion of the rig floor where heavy drilling equipment moves, making it a vulnerable spot for injuries. Thus, Seadrill tapped Marsden to mitigate the danger and ensure a safe environment for the workers.

The partnership, she said, focused on leveraging technology that informs both people on the platform and those watching the platform. To optimize rig operations, the safety system utilizes AI, laser imaging, detection and ranging, and high-power computing technology.

In perspective, the concept builds on driver-assistance technology where the radars provide alerts to drivers to reduce human error and promote safety.

Being laser-based and equipped with three high-resolution cameras, each Vision IQ unit can conduct 3-D scanning to create a dynamically monitored environment of the Red Zone in real time. The two features work in unison to identify crew members and provide an advanced alert for potential danger both in the Red Zone and in the rig’s dog house. But Marsden and Seadrill wanted to exercise safety by protecting the worker’s privacy from the technology.

“We’ve been very conscious of people’s individual identity and not capturing tons of sensitive personal data about [them],” said Andy Pratt, The Marsden Group’s president. “We don’t track the names or the individual biometrics of people. This is about people being safe as a whole, not individualizing.”

Incoming technology into the industry often raises concerns that it will replace humans. But in developing Vision IQ, Pratt said his team worked closely with drill floor workers, which “made all the difference.”

“It’s not about replacing the driller; it’s about giving the driller new jobs where he can focus on how to optimize and make things better,” he said.

Seadrill plans to deploy Vision IQ on a rig located in the Gulf of Mexico and install the technology on 12 more rigs globally following high interest, according to Seadrill’s director of solutions, John Alvarado. Marsden also is working on a downsized camera-only module of the technology for smaller, less critical corridors.

“We’re putting our resources, time and money where our mouth is,” Hohman said. “We are very serious about the culture of our company and making sure everybody on our platform is safe and everybody in any part of our operations goes home to their family, friends and children.”