Laredo Petroleum Inc. appointed Jason Pigott to succeed Randy A. Foutch as the company’s CEO. Pigott will continue in his role as president. Foutch will remain chairman of Laredo’s board of directors through the company’s 2020 Annual Meeting, but he will not stand for re-election to the board. Additionally, the board has decided the roles of chairman and CEO will remain separate and the future chairman will be independent.

Saudi Arabia has appointed Prince Abdulaziz bin Salman energy minister, replacing Khalid Al-Falih, who has been relieved of his position.

Nicholas O’Grady has been named president of Northern Oil and Gas Inc., in addition to his current role as CFO.

Total has named Jean-Pierre Sbraire CFO and member of the executive committee. He succeeds Patrick de La Chevardière, who has retired. Helle Kristoffersen has been appointed president of strategy and innovation and executive committee member. The position was previously held by Philippe Sauquet, who will focus on his responsibilities as president of gas, renewables and power.

Devon Energy Corp. has promoted David Harris as executive vice president of E&P. He will succeed Tony Vaughn, who has retired after 20 years of service.

Jennifer Maki has been named director of Baytex Energy Corp.

Ben Hunt has been appointed new global head of corporate affairs for Siemens Gamesa, and María Cortina will now lead a strategic project for the company and act as senior adviser for corporate affairs in Spain.

JKX has appointed Charles Valceschini, Tony Alves and Rashid Javanshir independent nonexecutive directors. In addition, Valceschini will assume the role of chairman of the board and Alves has been named senior independent director.

EnerMech has welcomed Paul McCarthy as regional director for Australasia.

RETTEW has promoted Suhail Khan to chief strategy and innovation officer and Clayton Bubeck to president.

Stephen Rivers has been named manager of subsea and pipelines for Asia-Pacific at Xodus Group.

Matador Resources Co. has appointed Monika U. Ehrman to its board of directors.

Occidental announced the startup of the company’s first solar facility to directly power an EOR field operation in the Permian Basin. The company, through its Oxy Low Carbon Ventures subsidiary, has signed a long-term power purchase agreement for 109 MW of solar energy, beginning in 2021, for use in its Permian operations.

ODE has opened a new office in Aberdeen to facilitate further expansion of its operations and engineering offering, providing technical and operational support to a number of companies operating in the North Sea.

Kongsberg Maritime has expanded its Canadian operation by establishing its presence at the Centre for Ocean Ventures and Entrepreneurship, in Dartmouth, Nova Scotia.

Subsea 7 acquired 4Subsea, a provider of technology and services that deliver key decision support to oil and gas and offshore wind operators worldwide.

Hicor Technologies has changed its name to Reach Production Solutions. The name change follows the commercialization of the company’s artificial lift system and represents the transition from a compression technology company to a full-service artificial lift and frac hit recovery solutions provider.

TGS has acquired Lasser Inc., a provider of historical and monthly oil and gas production data.

Proserv announced a significant corporate restructure and has established two separate divisions: Proserv Controls and Gilmore, a Proserv company, which will sit under the umbrella of the parent company, Proserv Group.

The Gray Oak pipeline is one of the biggest new pipelines connecting the Permian Basin, the nation's largest oil field, to the U.S. Gulf Coast. 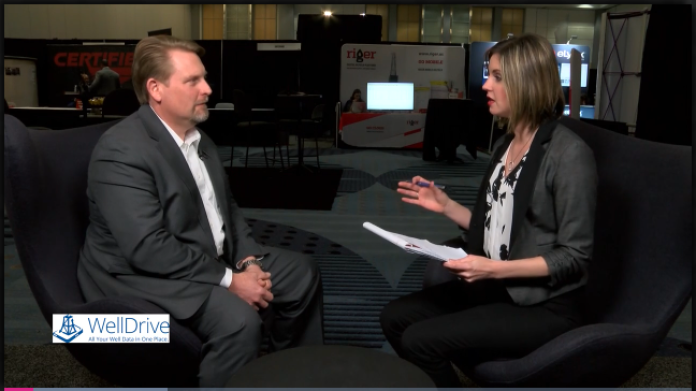 WellDrive employs a combination of artificial intelligence and actual intelligence in order to utilize data for operated and nonop wells, says the company’s president, Derek Garland.