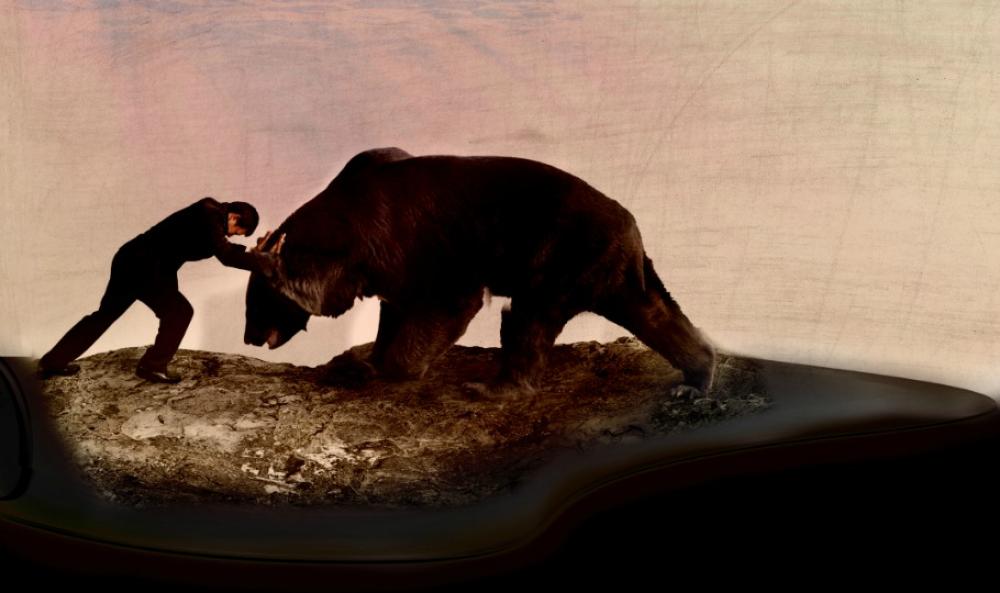 With President Barack Obama’s signature on Dec. 18, the 40-year-old ban on exports of domestically produced crude is history.

So is the cold crude war with OPEC. In the next 18-24 months, U.S. producers are likely to go head-to-head with the cartel.

The market is changing, but gradually, analysts and experts said. The global oversupply and slacking demand for crude in 2016 will mean oil prices stay depressed. And in the short-term, the go-ahead for oil exports will have limited affects.

But U.S. shale oil will ultimately find its place in refineries designed for light, sweet crude. As demand increases toward the end of the decade, the U.S. now has the ability to deliver oil.

Longer term, the U.S. will be able to compete globally, leveraging its production and influence in the world, said Leah Smith, vice president of exploration for The Woodlands, Texas-based Appaloosa Energy.

“We’re going to have to deal with the world market on a short term because our production is down,” she said. 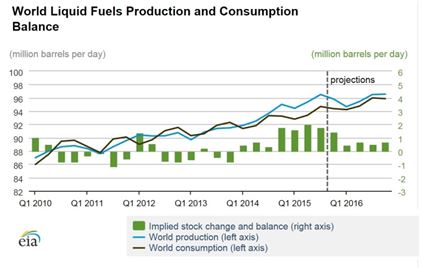 Smith said the ability to export oil should bring more investment into the U.S. market.

She noted that when working on oil and gas deals internationally, one of the first factors considered is whether exporting oil is an option, because it allows companies to optimize prices and gives some flexibility to marketing oil.

“That’s always a downside if a country doesn’t allow you to export,” Smith told Hart Energy.

She believes the bipartisan move to lift the oil export ban is going to improve the U.S. trade deficit and create the potential for additional revenue when infrastructure is expanded.

What’s in store for the U.S. oil and gas industry, for now, is more of the same, analysts and experts said.

“At least for the next year to two years, those prices will be depressed,” said John Kneiss, director of macroeconomics, geopolitics and policy for Stratas Advisors. “We have abundant supply. The OPEC decision earlier this month not to alter its quotas will keep quite a bit available in the market and the United States.”

For the balance of 2016 prices may float a little higher from the mid-$40s to the $50s before rebalancing takes full effect.

The future looks slightly brighter as 2015 edges toward a close. But analysts and experts predict a full recovery is a long way off.

OPEC, led by Sadui Arabia, has put much effort—and crude—into owning market share by pumping at near record volumes.

However, OPEC has overcharged its production, lowering its spare capacity to less than 1.5 MMbbl/d, lowing prices dramatically, according to the U.S Energy Information Administration (EIA).

In December, the International Energy Agency (IEA) said that the oil cartel group has effectively been pumping at will as it fights for market share against a relentless rise in non-OPEC supply.

“What we’re living through is rebalancing of the market,” said Kenneth Medlock, senior director of the Center for Energy Studies at Rice University’s Baker Institute for Public Policy. “The hangover will last for a little while.”

“Only recently have some OPEC exporters diversified to be able to export oil products,” he said. With the ban lifted, it “places U.S. exporters in a direct crude market share battle with OPEC producers even if the net change in the petroleum [crude and product] market balance is likely to remain the same.”

The Brent/WTI Spread May Flip

The oil export ban likely has nothing to do with the spread.

“It appears that Brent prices have moved a little bit more toward the WTI pricing recently,” Kneiss said. “That margin will stay much tighter than it has been over the past couple of years.”

In short, the spread is sensitive to the price. At higher prices, the spread widens while at lower prices Brent and WTI come together, Medlock said.

Given the lack of demand, U.S. production is expected to continue to decline in 2016, with prices perhaps dropping to $20 per barrel, he said.

Downstream players, who have watched the debate over lifting the ban nervously, should see few changes, he said, with the possible exception of some older East Coast refiners that handle light oil. They already have benefited from cheaper prices in the U.S. Those refiners could be hurt if exports lead to a closing of the WTI-Brent price differential or a return to a premium on WTI. However, Gülen sees a brighter long-term outlook.

“Lifting the ban is good for rationalization of the global oil market; historically (before 2011), WTI was at a premium to Brent—average of $1.40,” he said. “Since then, Brent has been at a premium, which has fallen to about $2 recently. So, there is more room for correction; exports will eventually help with that.”

OPEC has created a lower price environment as global oil inventories are estimated to have increased by 1.3 MMbbl/d in November, putting downward pressure on Brent.

“Brent is also being depressed because globally there is just nowhere to put oil,” Medlock said.

The EIA said in December that 2016 production will fall nearly as low as 2014 levels.

“Based on expectations that the market would need significant volumes of North American tight oil as demand continues to grow towards the end of the decade, lifting the export ban removes one of the potential impediments that U.S. producers could face in the future,” he said.

For now, the outlook remains grim.

“The near-term impact of removing the crude oil export ban will be minimal to the industry right now, mainly because the price of crude benchmarks in the United States and the international Brent benchmark are below $40 per barrel,” Kneiss said. “While we’ll continue to maintain our production levels, the challenge is finding market outlets for domestically produced crude.” 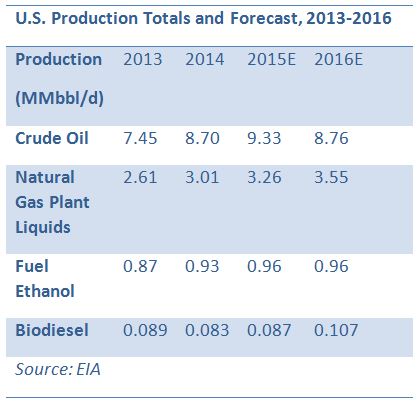 “In fact, declining U.S. production may cause light oil exports to fall and imports to rise,” Cohen said.

Kneiss said that while there will be a slight uptick in some exports, “we don’t see it’s going to have a dramatic affect globally because we’re quite oversupplied on a global basis.”

Pioneer Natural Resources (NYSE: PXD) has indicated it is working toward being export-ready by mid-2016.

“I think they will move prudently. They will evaluate where the market is; if they can get a good enough price to warrant completing those wells,” Smith said. “We’re not there yet. We’re only half way there.

“But if our production begins to come back we’ll have more opportunity to respond to the overall world market,” Smith said. “The U.S. is going to be a major player, especially if our government steps up and tries to lever our influence around the world. It’s all positive.”

ConocoPhillips (NYSE: COP) has been at the forefront of the push to lift the crude oil export ban, pointing to a mismatch between light sweet crude produced in the U.S. and refineries that process heavy crude.

“To process this new, lighter oil, refineries must operate inefficiently or at a reduced rate. They need to buy oil at a discount in order to make it economic to refine it, which hurts domestic producers and ultimately, consumers,” ConocoPhillips CEO Ryan Lance said in a section of the company’s website dedicated to lifting the ban.

The solution, the company and others say, is exports to refineries elsewhere, such as Mexico.

Congress’ decision was celebrated as a win for the energy sector and consumers.

“The American consumer is the beneficiary of today’s decision by Congress to pass legislation that includes an end to the ban of crude oil exports. Supported by a large body of independent research and analysis that showed Americans will benefit from economic growth, wages, employment and trade, ending the ban made eminent sense,” Lance said in a prepared statement following the landmark vote. “It’s particularly important at a time when our industry is experiencing a period of extreme volatility and uncertainty.”

“Over the past 14 months, PACE and our member companies have worked tirelessly to engage those who had questions, talk to anyone who was interested in learning more about the issue and make the case to the public that lifting the ban on crude oil exports was in the best interests our country and consumers. Today’s vote is the culmination of a lot of work, by a lot of people,” Baker said in a statement.