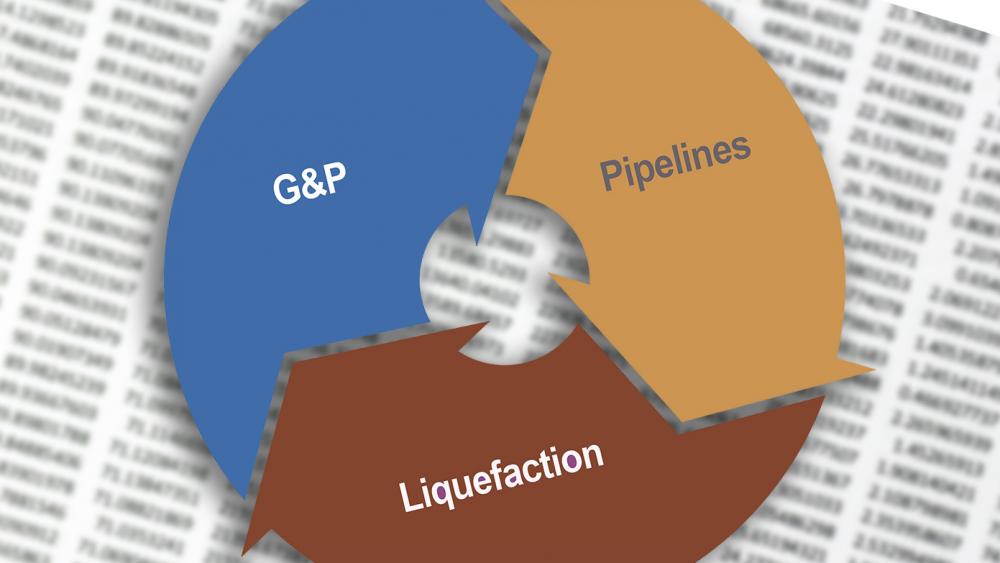 Investors can expect a free cash flow-friendly approach from midstream companies and MLPs in 2021 as the sector emerges from 2020 in comparatively stronger shape than its upstream cousins, experts said on a recent webinar.

“Regardless of what happens with the macro environment and the movement in oil prices, the midstream space is poised to generate meaningful free cash flow next year,” Stacey Morris, director of research for Alerian, said during a joint webcast with SS&C ALPS Advisors. “That free cash flow is really coming from a combination of stable cash flows and significant reduction in capital spending and capital commitment.”

Even before the COVID-19 pandemic struck in the first quarter, capex was on its way down, she said, and the environment the sector is in today discourages the urge to spend.

“Free cash flow generation is certainly something that the market has been asking of these companies and something that these companies are actually starting to show us in terms of operational results,” said Paul Baiocchi, senior investment strategy advisor for SS&C ALPS Advisors. Those results include free cash flow generation after distributions, improved coverage in some cases or, at the very least, stable coverage ratios as they relate to distributions.

Pearce Hammond, senior research analyst at Piper Sandler & Co., agreed but his optimism was tempered by the sector’s challenges of excess capacity and, in some cases, swollen balance sheets.

“The midstream sector has found firmer financial footing through capex and distribution cuts with the result that the sector should generate enough cash flow to fully cover capex and distributions in ’21 and in some cases excess [free cash flow] for deleveraging and equity buybacks,” he wrote in a Nov. 24 research note. “A prominent wildcard is next week’s OPEC+ meeting to see if the group delays the planned 2 MMbbl/d production increase.”

Midstream equities are pricing in a delay from the cartel, Hammond said. If OPEC+ does not deliver, then oil and the midstream sector would come under pressure.

Midstream’s defensive nature has been evident in 2020 as the sector has shown more resilience than oilfield services and E&P companies, which are more sensitive to commodity price fluctuations, Morris said.

“Arguably, energy has been the most impacted sector by COVID-19 and has the most to gain from a successful vaccine and a recovery in oil demand and a return to life we had prior to COVID,” she said. That’s been borne out by the rally in energy stocks following positive news of vaccine developments from Pfizer/BioNTech and Moderna. On Nov. 23, AstraZeneca announced that its vaccine in development with the University of Oxford had shown positive results.

“That’s been encouraging to see and I think there’s still plenty of leverage here to a recovery in demand and to the extent that we see successful deployment of the vaccine,” Morris said.

Still, oil and gas production will decline in 2021, the U.S. Energy Information Administration (EIA) expects, even with a resumption of growth in the second half of the year. And those declines, Morris said, are not necessarily a bad thing for MLP and midstream equity performance.

“The last year we saw strong MLP and midstream performance was actually in 2016,” she said. Production was down, but oil prices rallied fairly significantly. That raises the possibility that 2021 could echo 2016, when production was down but equity prices and oil prices staged a recovery.

In fact, strong production growth, which the industry experienced in 2017 through 2019, didn’t translate into stronger results for midstream companies and MLPs. At this point, production declines could help restore balance in commodity markets, particularly for oil, Morris suggested. Over the last couple of years, she said, producers have reacted to higher oil prices by overproducing, which resulted in drops in prices.

“To the extent that we see declines next year and producer discipline as prices start to recover, that could actually be a good thing for oil prices and, therefore, a good thing for the stocks,” Morris said.

Numerous companies in the sector cut their distributions to investors in the first quarter in reaction to uncertainty in the marketplace and volatility in commodity prices, Baiocchi said. There was also considerable concern about counterparty risk and production cuts that were on the way in many U.S. basins.

But in the third quarter, he said, only two of the 19 companies in Alerian’s AMZI (Alerian MLP Infrastructure index) cut distributions, while 16 maintained them as they were in the second quarter and one increased its distribution. By weight, about 90% of the portfolio maintained or grew distributions quarter over quarter.

“At least in the most recent quarter, the bias has been toward bigness or growth, and the cuts that we’ve seen so far this year, which were mostly in the gathering and processing segment and mid- and small-cap names, have largely been subdued in the most recent quarter,” Baiocchi said. The exception, however, was Energy Transfer LP, which cut its distribution and is one of the bellwether companies in this segment.

Other large operators have avoided distribution cuts either by reducing capex spending or managing operations in a way that allows them to improve financial flexibility and weather this current storm in the marketplace, he said.

Another catalyst for investors is change for the better in buybacks, especially given the extreme negative sentiment toward energy in the equity markets. Midstream companies are now positioned to use excess free cash flow to both raise their distributions and buy back units, in stark contrast to the last five years in which they’ve been issuing more debt.

“More and more investors are telling these companies, ‘Look, we’re not asking you to raise your distributions in an unsustainable way,’” Baiocchi said. “What we’re asking you is to ensure that you have the financial flexibility to weather the ups and downs of the energy market.”

Law is the first in the US that requires fossil fuel divestment for officials.