Some operators and capital providers have noted how midstream in the Permian Basin is winding down a heavy phase of consolidation during which there was also notable expansion. Now the shift is to a phase of expansion, in which there will continue to be consolidation.

Notably, long-haul capacity is being added but more is expected to be required.

“Given continued Permian production growth over the next five to 10 years, capital expansions will be needed to provide takeaway capacity out of the region,” Dender stated.

“While the timing is uncertain, most analysts expect that more expansion projects will be necessary around the 2026 timeframe, assuming the current expansions have occurred on Whistler, Permian Highway, Gulf Coast Express and Matterhorn,” Dender said. “The most probable destination markets for this egress capacity will be in support of the numerous proposed Gulf Coast LNG export projects as well as potentially Mexico LNG projects and power generation in the desert southwest.”

Kinder Morgan is part of the Permian Highway Pipeline (PHP) expansion project, which was announced in June. The project will increase PHP’s capacity by about 550 MMcf/d, primarily by adding compression. The greater gas deliveries from the Waha area to multiple mainline connections in Katy, Texas, and various U.S. Gulf Coast markets are scheduled to begin Nov. 1, 2023. PHP is jointly owned by subsidiaries of Kinder Morgan (26.7%), Kinetik Holdings (53.3%) and Exxon Mobil Corp. (20%).

“This expansion couldn’t come at a more critical time, as it will foster future gas production growth in West Texas and provide several liquefaction facilities along the Texas Gulf Coast with more affordable, reliable supply,” said Jamie Welch, president and CEO of Kinetik.

“In addition, approximately 30 of Kinetik’s customers will gain access to premium priced markets and transportation flow assurance, which is critical to minimizing flared volumes,” he continued.

Before confirming the final investment decision (FID) on PHP, Kinder Morgan opened a binding season for the proposed expansion of the Gulf Coast Express (GCX) Pipeline. As with PHP, the expansion for GCX will be through additional compression and is expected to increase GCX’s capacity by nearly 570 MMcf/d. If committed and completed, increased gas deliveries from the Permian Basin to South Texas markets would begin Dec 1, 2023. 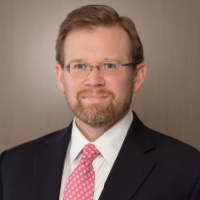 “EnLink is in the process of adding about 200 MMcf/d of capacity that will be on stream by the end of the year.”—Benjamin Lamb, EnLink Midstream

Beyond Kinder Morgan’s 34%, GCX is jointly owned by subsidiaries of DCP Midstream (25%), an affiliate of ArcLight Capital Partners (25%) and Kinetik (16%).

In May, infrastructure investment firm WhiteWater Midstream, EnLink Midstream, Devon Energy and MPLX made their FID to proceed with the Matterhorn Express Pipeline after securing sufficient firm transportation agreements with shippers. The new line will move as much as 2.5 Bcf/d of natural gas through approximately 490 miles of a 42-inch pipeline from Waha, Texas, to the Katy area near Houston.

Supply for Matterhorn will come from multiple shippers around the Permian, including direct connections to processing facilities in the Midland Basin through an approximately 75-mile lateral, as well as a direct connection to the 3.2-Bcf/d Agua Blanca Pipeline, a joint venture between WhiteWater and MPLX. Ridgemont Equity Partners and First Infrastructure Capital are partners with WhiteWater in Matterhorn.

Also in May, some of the same players committed to an expansion project. MPLX, WhiteWater Midstream and a joint venture between Stonepeak Infrastructure Partners and West Texas Gas made the FID to proceed with the expansion of the Whistler Pipeline, after securing sufficient firm transportation agreements with shippers.

The Whistler expansion will increase the mainline capacity from 2 Bcf/d to 2.5 Bcf/d through installation of three new compressor stations. The expansion is expected to be in service in September 2023.

Whistler is a 450-mile, 42-inch diameter intrastate pipeline that moves gas from the Waha Header in the Permian to Agua Dulce, Texas, and provides direct access to South Texas and export markets. An 85-mile, 36-inch diameter lateral connects to the Midland Basin.

“EnLink is in the process of adding about 200 MMcf/d of capacity that will be on stream by the end of the year. Our neighbors are mostly full too, and most of them have announced their own expansion plans. This current round of expansions won’t be the last.”

The EnLink’s Phantom Plant project is being relocated to Martin County, Texas, near the town of Tarzan. When in service, it will bring the company’s total capacity in the Midland Basin to about 900 MMcf/d.

“The Delaware Basin is not like the Midland because there has been a lot of excess capacity,” said Lamb. “But it, too, is starting to feel tighter. Many of us in that basin are starting to think about new capacity, which up until recently I didn’t think was a consideration.”

Connecting to the pipe

The same realization is happening in long-haul transportation as well.

“We have started seeing basis differentials at Waha that we have not seen in the past few years,” said Lamb. “It is those considerations that prompted us, and our partners, to fund and build the WhiteWater Matterhorn project, in which EnLink has a 15% equity interest. That project is well underwritten by both shipper and capital commitments.”

On the crude side, Lamb noted that “all the large new oil production is connected to pipe. It is well understood that fewer trucks on the road is safer and cleaner and usually cheaper. It is also far more reliable than trucks. We had a small fleet of trucks in West Texas as an entry to the gathering business, but once we had lines in place, we divested the trucking business.”

Along with the tank truck driving off into the sunset, the industry is happy to see flaring becoming a vestige as well.

“Producers have heard the message from their investor base that flaring is not acceptable,” said Lamb, “and we in the midstream have received the same message from our customers. It just underscores that upstream and the midstream need to communicate and coordinate.”

Both consolidation and expansion “will continue in the Permian,” said Baran Tekkora, head of private equity at Riverstone Holdings, “in both the upstream and the midstream because the Permian is the best basin in North America. Upstream will continue to consolidate for scale, especially for the high-quality assets, and midstream will follow.”

At the end of July, Riverstone completed a major midstream transaction when it sold Lucid Energy to Targa Resources for $3.55 billion. Lucid’s assets, which will be integrated into Targa’s existing Permian Basin operations, include about 1,050 miles of gas pipelines and 1.4 Bcf/d of cryogenic processing capacity in service or under construction primarily in Eddy and Lea counties, New Mexico.

Lucid’s Delaware Basin footprint overlays some of the most economic crude oil and natural gas producing acreage in North America. Lucid’s assets are anchored by more than 600,000 dedicated acres from a diverse set of shippers and underpinned by long-term, fixed-fee contracts.

“We made our investment in Lucid in the northern Delaware Basin in 2018,” said Tekkora. “When we purchased it, capacity was 300 MMcf/d. We exited in one of the largest transactions in the industry [$3.55 billion] at 1.4 Bcf/d.”

He acknowledged that the size and scale of such a development and the sale “may be more unique than repeatable, but the basic concept is not rocket science.”

Notably, Lucid grew and flourished in the New Mexico side of the Delaware, where there were smaller operators and not many other midstream majors as compared to the Texas side of the basin.

Expounding further on the way conditions have changed in the industry and in finance, Tekkora added that one important model for midstream development has almost disappeared.

“For years a lot of midstream investment was focused on greenfield development because it was easier for entry,” Tekkora explained. “Given the lower cost of capital for master limited partnerships [MLPs], the focus was on growth based on a few big contracts. That was the old game, and that ended about 2016. Now you have to have both scale and quality. The quick flip is pretty much over. The MLPs went away, and the infrastructure funds went away.”

Wide-spread flaring has also gone away.

He cited regulatory pressure and that reducing flaring “was simply the right thing to do. Whether operators truly believed that, or even it is just for public relations, either way it has happened and continues to happen. The economic driver in the Permian Basin is oil, so associated gas will continue to be something producers, and the midstream will have to deal with.”

The need for take away is also not going away. “Overall the export capacity from the Permian is starting to tighten,” said Tekkora. He stressed that “long-haul natural gas will always slightly lag production, so we will always see about six to nine months of hiccups.”

“Near-term relief will come with some compression expansions on three existing pipelines that were installed in the past five years and a newly announced fourth project.   However, there’s likely to be a fifth greenfield project required or at least a collection of significant brownfield projects to provide similar capacity.”

Oil transportation is also a factor.

“There is still a fair amount of oil being driven around,” said Tekkora. “Even after so much consolidation among producers to create scale, there are still situations with two blocks together followed by a big empty space before the next. Gathering is all about density and production, so no one is going to build out for just one or two wells.”

Water is also about economies of scale. “People have tried hard to make it a third stream in the midstream,” said Tekkora. “And to the extent it can be a true midstream business with fixed contracts, it could be interesting. But if it acts like a service business, we don’t have an interest.” 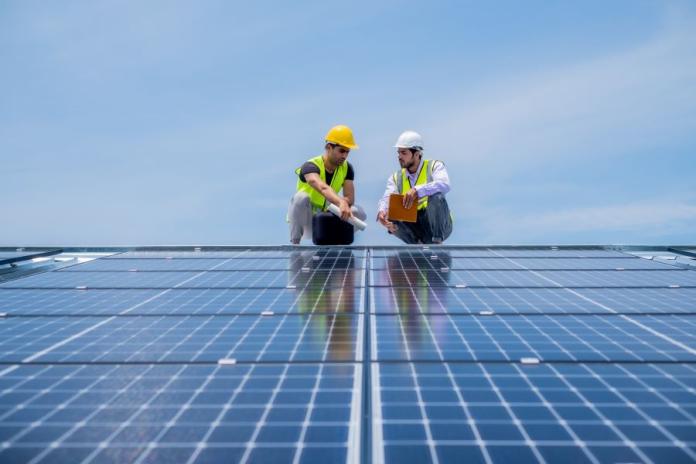 2023-01-11 - Elizabeth Klein will take over as the head of the Bureau of Ocean Energy Management after the resignation of current head Amanda Lefton, effective Jan. 19.