The potential in carbon capture and sequestration continues to grow for midstream firms in oil and gas.

Some see the opportunity less in the oil fields of the Permian Basin and more along the U.S. Gulf Coast. However, as one Kinder Morgan Inc. executive noted in an interview with Hart Energy, the combination of existing pipeline infrastructure and EOR fields in the Permian Basin provides “a ready answer for carbon capture parties in the area.”

The head of private equity of Riverstone Holdings also told Hart Energy he expects Riverstone to be more involved in major carbon capture project going forward thanks in large part to the passage of the Inflation Reduction Act.

Below is a roundup of the latest midstream developments in the carbon management space including a groundbreaking agreement in the North Sea that allows Europe’s first-ever trial of the entire CO₂ supply and storage chain plus a new gas gathering and carbon capture project in the Haynesville Shale.

Benjamin Lamb, executive vice president and COO of EnLink Midstream, told Hart Energy that he sees vast potential in carbon capture and sequestration (CCS), more so even than in use, at least in the next few years.

While acknowledging the extensive infrastructure for EOR around the Permian, “we think the real near-term business opportunity is less in the oil fields and more in the big industrial corridors along the Gulf Coast and the Mississippi River,” he said.

Lamb elaborated, “that is where there is the opportunity to build a carbon capture and sequestration business at scale. There are large emitters in a small area; we are talking millions of tons of carbon emissions a year. That is where there is an economy of scale that is necessary to move the needle on climate change.” 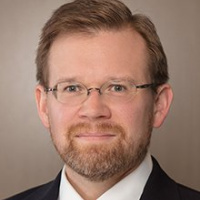 “We think the real near-term business opportunity is less in the oil fields and more in the big industrial corridors along the Gulf Coast and the Mississippi River.”—Benjamin Lamb, EnLink Midstream LLC

To be sure there is a carbon capture and use opportunity in the oil field, Lamb hastened to add: “Look at our Bridgeport Plant in North Texas where we have announced two carbon capture projects. One of these is with BKV, the successor to Devon in the Barnett, and will capture and permanently sequester the carbon dioxide waste stream from our Bridgeport Plant. We think that facility could be a template for similar carbon capture development with other producers and other basins, including the Permian.”

Bridgeport is expected to be one of the first permanent commercial sequestration projects to come into service in the U.S. when it starts operations next year. The plan was originally announced in June.

BKV will continue to produce natural gas containing CO₂ from its Barnett Shale area operations, and EnLink will transport the gas via its modified pipeline and facility infrastructure to its processing plant in Bridgeport, Texas. At Bridgeport, the CO₂ waste stream will be captured, compressed, and then disposed of through permanent sequestration via BKV’s nearby injection well.

As part of its sustainability efforts, BKV recently formed dCarbon Ventures, a dedicated business unit focused on both CCS technology and project development. The Bridgeport initiative “is anticipated to offset BKV’s current emissions by approximately 10%” said Lauren Read, vice president of dCarbon Ventures, “bringing the company even closer to its goal of reaching net-zero by 2025.”

On the EnLink side of the ledger, “the project will capture and store a significant amount of carbon dioxide emissions per year,” said Barry E. Davis, EnLink chairman and CEO, in announcing the project. “That moves EnLink a step closer to achieving our goal of a 30% reduction in CO₂-equivalent emissions intensity by 2030 over EnLink’s 2020 Scope 1 emissions intensity.”

A “groundbreaking agreement between Belgian and Danish government has cleared the way for Europe’s first trial of CO₂ storage in the North Sea. The deal allows Europe’s first-ever trial of the entire CO₂ supply and storage chain to begin later this year.

Petrochemical company Ineos will capture CO₂ from its plant at Zwijndrecht to be transported through the Port of Antwerp to its Nini platform in the Danish North Sea to be permanently stored. The agreement is an important step for Project Greensand, which has the goal of storing 1.5 million tonnes of CO₂ by 2025 and up to 8 million tonnes by 2030.

Project Greensand is considered one of the front runners of CO₂ storage in Europe. It is a consortium of 23 companies, research centers, institutions, and logistics companies led by Ineos and Wintershall Dea.

Economics of Storing Better than Using

Baran Tekkora, head of private equity at Riverstone Holdings, noted to Hart Energy that Lucid Midstream was involved in a major carbon capture project before Riverstone sold it to Targa for $3.55 billion.

“You will see Riverstone do more of that, especially now that the Inflation Reduction Act has passed,” he said. “There are opportunities all around our portfolio. For example, we have a large terminals business, and those guys are looking into ammonia, renewable diesel, and renewable natural gas.” 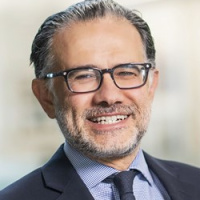 “I think a lot of people will seek permits for sequestering their carbon dioxide. The economies of securing it are just better than using it.”—Baran Tekkora, Riverstone Holdings LLC

And while the Permian is a major EOR basin, Tekkora favors sequestration.

“At the end of the day that is much more economic than selling into EOR,” he said. “I think a lot of people will seek permits for sequestering their carbon dioxide. The economies of securing it are just better than using it. That is especially true with the government incentives, but also simply as an investment.”

EOR a Bridge to Sequestration

“The increase in the 45Q [federal] credits for EOR in the Inflation Reduction Act also makes it more attractive,” he said. “Given the permit timing for Class VI wells, it can also provide a bridge to eventual permanent sequestration. Ultimately, it depends on the goals of the carbon capturer whether they want EOR or permanent sequestration. Kinder Morgan is positioning itself to provide customized options to such parties which are enhanced by our existing infrastructure in West Texas.” 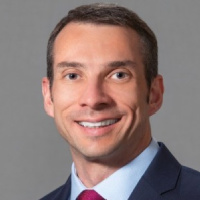 Late in September, M6 Midstream, dba Momentum, committed to the final investment decision for its planned New Generation gas gathering and carbon capture project in the Haynesville, which will initially provide 1.7 Bcf/d of capacity to the Gulf Coast and LNG export markets. Notably, the project includes CCS that will remove 100% of the CO₂ and permanently store it underground, creating a net negative carbon footprint.

The gathering and carbon-capture project will have an initial capacity of 1.7 Bcf/d and is expandable to 2.2 Bcf/d and will also capture and permanently sequester up to 2 million tons per annum of CO₂. The project is expected to commence operations in the second half of 2024.

Separately, Momentum completed the acquisitions of Midcoast Energy’s East Texas business from an affiliate of ArcLight Capital Partners; and Align Midstream from Tailwater Capital to establish a significant presence in the Haynesville. Midcoast’s Energy’s East Texas business is an extensive gathering and transportation system with 1.5 Bcf/d of current volume and 1 Bcf/d of existing deliverability to the Gulf Coast and LNG markets. Align Midstream, which owns several gathering systems adjacent to Midcoast with current volumes of 600 MMcf/d.