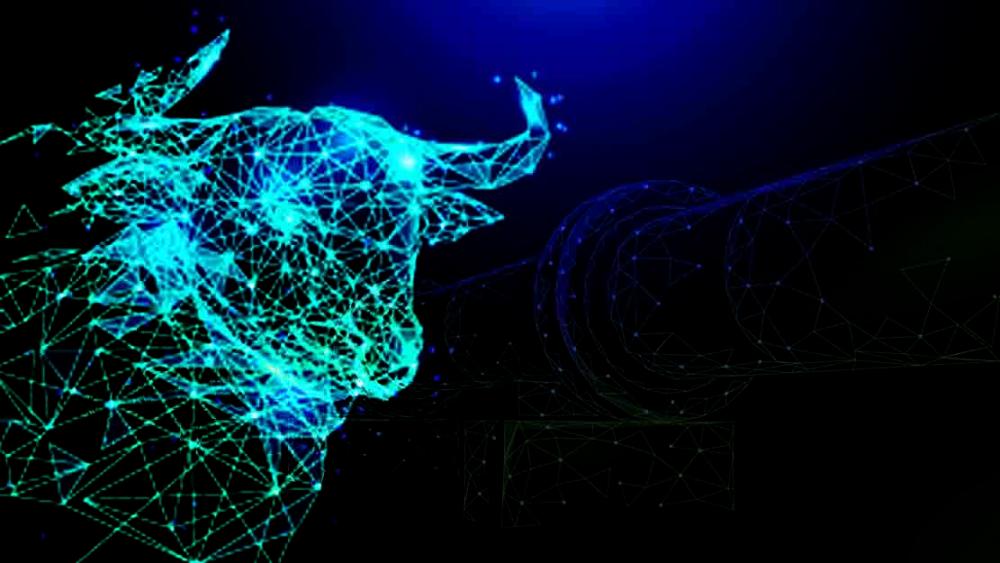 More than 80% of companies on VettaFi’s lists raised their payouts on a year-over-year basis, making this a bullish era for midstream investors. (Source: Hart Energy; Illus_man, LuckyStep/Shutterstock.com)

Midstream investors chalked up a third straight happy quarter in January-March as more than 80% of companies listed on VettaFi’s MLP and other benchmark indexes raised their payouts, both on a fourth-quarter 2021 to first-quarter 2022, and a year-over-year basis.

“We’ve seen three quarters with no cuts, growth returning more meaningfully and so the overall outlook for dividends from the midstream space has just gotten much better,” Stacey Morris, head of energy research for VettaFi, formerly Alerian, told Hart Energy.

Morris expects that investors will continue to enjoy healthy returns, though the rate of growth will likely be tempered.

“I don’t necessarily think that we’re going to see companies being overly aggressive because I think there have been some lessons learned from the past,” she said. “Names that have grown on a consistent basis are going to continue to focus on sustainable growth. Names that cut in the past have a little more ground to recover and can do higher increases because they’re increasing from a lower base.”

The abundant free cash flow generated by the companies is driving it.

“You’ve got to do something with that free cash flow,” Morris said. “The rest of the energy space is definitely focused on returning cash to shareholders through dividends and buybacks, so midstream is keyed into that, as well.”

The rest of the energy space also enjoys the embrace of the capital markets, with year-to-date returns hovering around 50%. VettaFi does not compare performance of the constituents of its indexes with the sector as a whole.

However, a comparison of the yields of the three indexes with bonds, real estate investment trusts and utilities shows a decided advantage to the midstream entities.

VettaFi noted that some oil and gas producers, such as Devon Energy, Pioneer Natural Resources and Diamondback Energy have used variable or special dividends to enhance cash returns to investors. These are unlikely to gain much traction with midstream companies, but three have moved in that direction:

Russia’s invasion of Ukraine and the subsequent seismic shifts in European energy markets has altered the U.S. status, as well. Substituting U.S. LNG for Russian natural gas requires the midstream sector to expand its infrastructure, and building infrastructure takes time.

“To the extent that companies have liquefaction projects or existing liquefaction capacity they can potentially expand, I think they will take a look at that,” Morris said. “We haven’t really seen capex creep too much in this space, in general.”

An exception is Energy Transfer’s capex bump to build a natural gas pipeline from the Permian Basin. Beyond that, VettaFi analysts haven’t identified capex increases geared toward exports.

On the oil side, she noted that February production was still well below pre-pandemic levels. Output in November 2019 was about 13 MMbbl/d and the highest since then is 11.8 MMbbl/d, so the industry still has some runway in terms of bringing oil production back up to where it was. The EIA forecasts that 13 MMbbl/d won’t be reached until August 2023.

“The outlook for U.S. LNG has just changed significantly with what we’ve seen in Europe,” she said. “The viability of projects has certainly improved and companies are going to look at those, but that is something that will take time.”