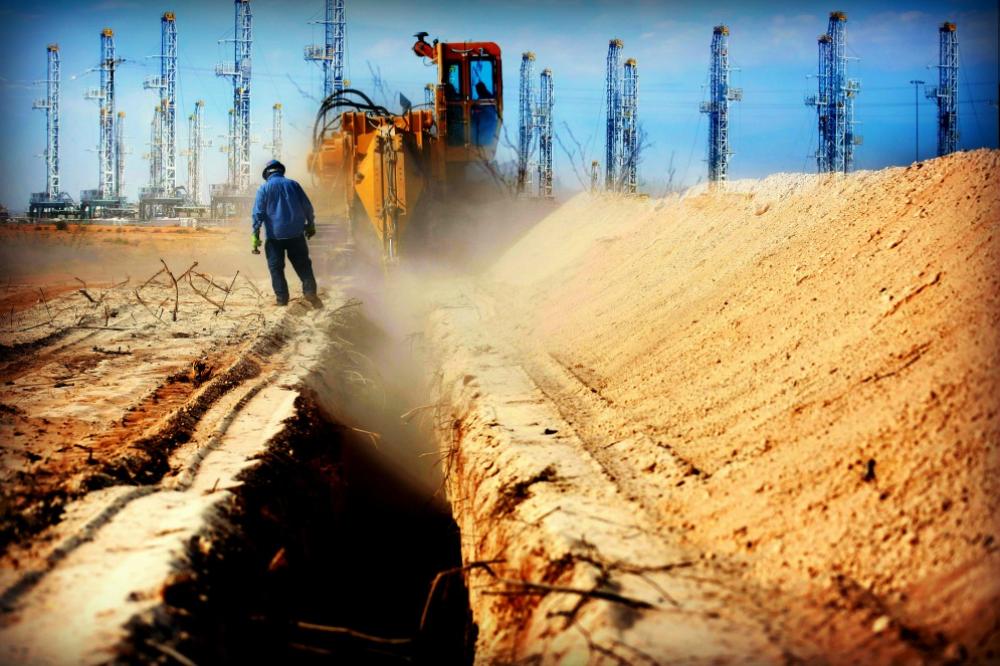 WPX Energy Inc. (NYSE: WPX) has struck a midstream partnership in the Permian Basin that will give the Tulsa, Okla.-based company a “competitive advantage” amid worries that production could overtake takeaway capacity in the next six to eight months.

On June 13, WPX agreed to form a 50/50 joint venture (JV) with Howard Energy Partners to jointly develop oil gathering and natural gas processing infrastructure in the Permian’s Delaware Basin. Initially, the partnership has committed $563 million of new capital on the JV, San Antonio-based Howard Energy said in announcing its entry in the Delaware.

WPX said the deal puts the value of its Stateline oil gathering and gas processing projects at $863 million. The JV includes no minimum or drilling commitments and is supported by a 600 square mile area of mutual interest in Lea and Eddy counties, N.M., and Reeves and Loving counties, Texas.

As part of the JV agreement, WPX is receiving $300 million in cash upfront plus $132 million in future carries from Howard Energy. In exchange, Howard Energy, a private independent midstream company, will acquire a 50% stake in WPX’s partially-built crude oil gathering system and new gas processing facility in the Delaware.

Howard Energy, with midstream operations in South Texas, Pennsylvania and Mexico, will build and operate the JV assets while WPX will retain operational influence, according to a WPX press release. 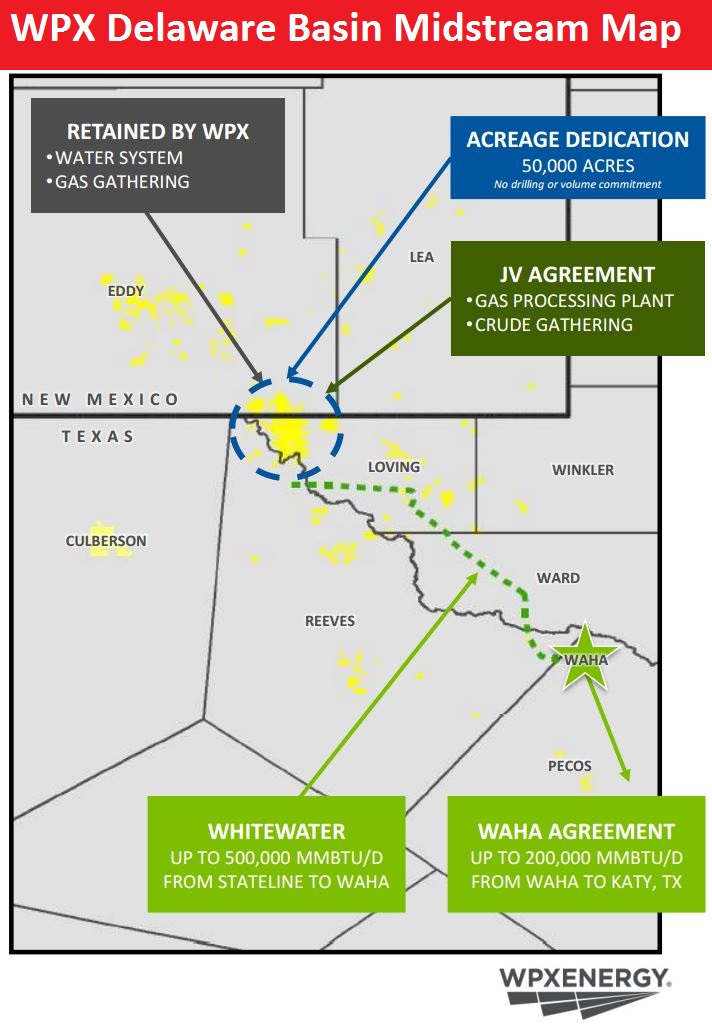 By mid-2019, the JV assets’ total capacity will be 125,000 barrels per day (bbl/d) of oil gathering. The companies also expect to complete a 200 million cubic feet per day (MMcf/d) train for cryogenic natural gas processing in the first half of 2018, with plans to double that by mid-2019.

In addition, WPX retained sole ownership of its natural gas and water gathering assets and future gas dedication rights in the Delaware. The assets are worth “considerably more” than the $500 million implied value WPX estimated when it acquired them from RKI Exploration & Production in 2015.

In total, TPH said WPX’s Delaware midstream infrastructure may be worth more than $1.6 billion—a third more than the firm’s previous $1.2 billion estimate.

WPX said it has already installed half of the 50-mile crude oil gathering system, which initiated service in late 2016. The system is tied to 40 wells, some of which are awaiting completion.

Howard Energy said it expects to complete building the oil gathering system in the first half of 2018. The companies anticipate the system can be expanded for other commercial opportunities with minimal capital investment through additional horsepower and line looping, the WPX release said.

Howard Energy will also construct the new cryogenic natural gas processing complex. The company will fund the first $263 million of the JV capex, including a $132 million carry for WPX.

“For starters, our forward-looking action gives our long-term Delaware development a competitive advantage,” Muncrief said in a statement. “Second, we’re looking at the bigger picture and how to extend value creation beyond the drill bit by creating a premier Delaware midstream service provider.”

VIDEO - Premium Blend: 'The Permian Is Our Future'

Additionally, WPX secured further takeaway capacity in a separate transaction with WhiteWater Midstream for natural gas volumes in the Stateline area as well as an equity position in the related pipeline—the Agua Blanca. 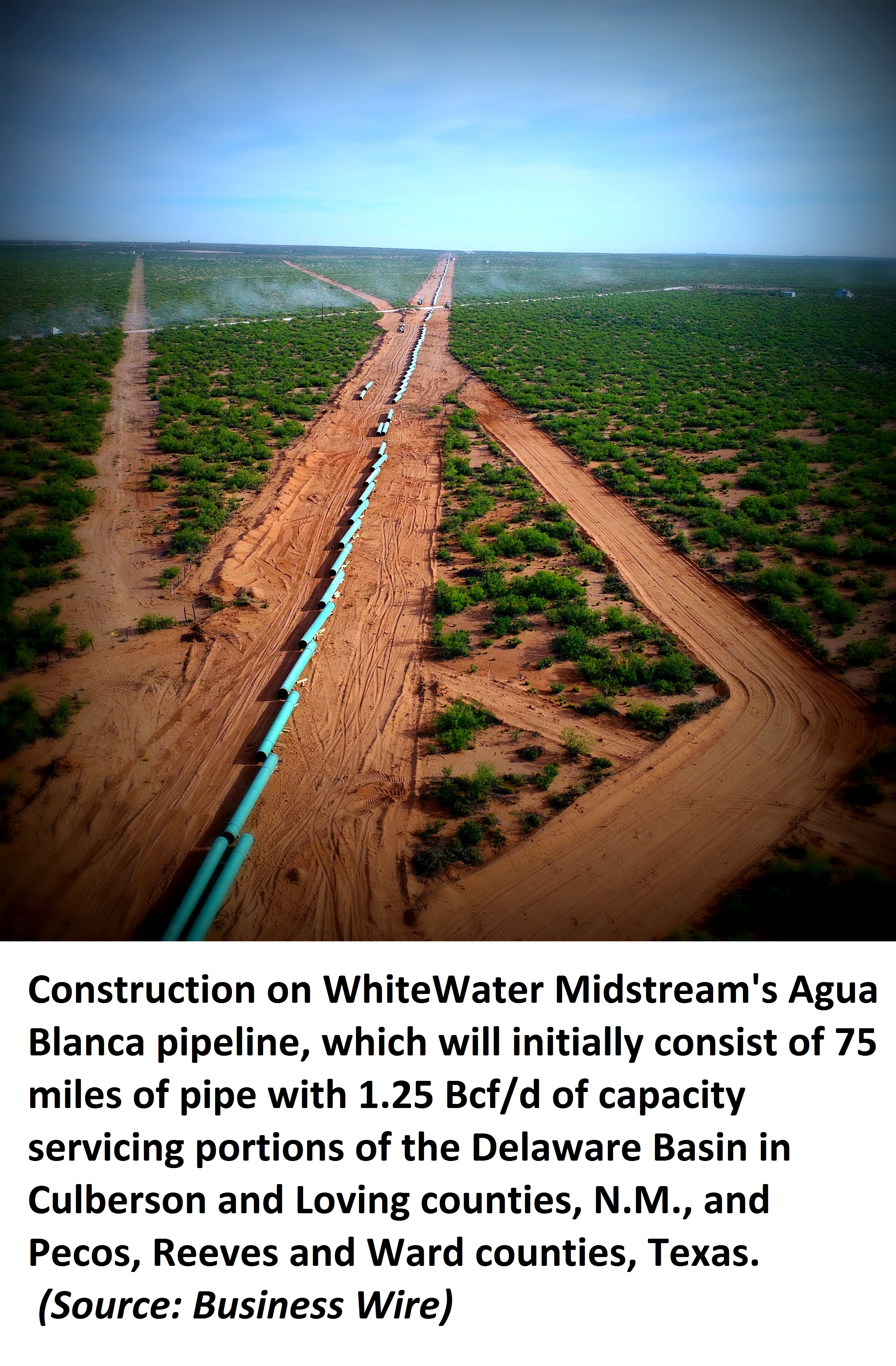 The Agua Blanca pipeline is currently under construction and is expected to be completed by the end of first-quarter 2018. The WhiteWater agreement will add an additional 300 million British thermal units per day (MMBtu/d) of gas takeaway out of the Delaware Basin via the Waha Hub, which is expandable to 500 MMBtu/d.

“We see WPX amply covered on the gas takeaway front through 2020 [capacity more than twice our expected volumes],” Mike Kelly, managing director and head of E&P research at Seaport Global Securities, said in a June 13 report.

WPX and Howard Energy expect to close the transaction in the third quarter subject to certain closing conditions. Prior to closing, the companies will begin integrating efforts to continue to build out the crude oil gathering system and begin work on the cryogenic processing plant.

Barclays was financial adviser to WPX and Holland and Hart was its legal adviser on the JV transaction.