“What we see from the drillers and the pressure pumpers is that the activity is focused in the major basins,” said Jonathan Godwin, senior associate at Enverus. “The Permian alone accounts for 60% to 70% of all the new production we are seeing this year and next.” 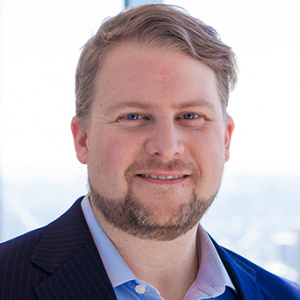 “As we get exposure to higher prices, especially for gas, we are going to see even more demand development because producers have access to midstream exits for their molecules.”—Jonathan Godwin, Enverus

On July 12, Crestwood closed a series of transactions in which it acquired Sendero Midstream Partners for $600 million in cash and First Reserve’s 50% interest in Crestwood Permian Basin Holdings for 11.3 million Crestwood common units. Separately, on July 1, Crestwood completed the divestiture of its Barnett Shale assets for $275 million in cash. As a result, Crestwood has significantly expanded its operations in Eddy County, N.M., one of the most active counties in the contiguous U.S.

Current trends are expected to continue.

“As we get exposure to higher prices, especially for gas, we are going to see even more demand development because producers have access to midstream exits for their molecules,” Godwin said. “That is especially the case when there is [liquids] weighting because that adds value.”

Godwin noted that while higher prices create demand for activity, there is a militating factor.

“Frac crews and rigs are nearly fully utilized, and there appears [to be] little relief before 2024 for the market to loosen,” he said.

Another factor is the type of producer.

“Of the rigs running now, at least 55% are in service to private developers,” Godwin said. “Their inventory is lower relative to the large and even mid-sized public producers. The privates are more sensitive to price, so they are the ones bringing on more rigs sooner.”

Private producers, some relatively small, are also more inclined to take advantage of existing midstream capacity when planning their drilling programs. They generally don’t have capital to build out their own gathering and processing systems and may not have additional volumes on their own to warrant midstream operators to invest in new capacity.

“Initially wells were completed one at a time,” he said. “The development of zipper fracs, where wells would be completed in pairs, was a huge increase in efficiency. Now with the cube, or wine-rack approach, anywhere from six to 20 wells on a pad can be completed in sets using simul-frac operations. Four at a time is most efficient, cutting total pumping time by 15% to 25%; and pumping charges are probably the single biggest expenditure.”

“That is where the midstream comes in,” Godwin said. “They have to deliver water to the well to support these multiple simultaneous completions. The pumpers have their side of things down, but they lose efficiency if they are waiting for a water tank to fill.”

Sand deliveries can also be a constraint but that is not a midstream service.

Then the pipe has to be in place for big initial production of water, gas and liquids.

“Midstream is important for both delivery and disposal,” Godwin said. “Recycling of produced water is more prevalent than ever, and it is an easy win both in terms of completion efficiency and ESG reporting.”

Spending more than 20 years on the producer side before moving to the midstream sector with Crestwood four years ago, Diaco Aviki, COO, explained that as producers plan to increase production, “returns and logistics matter,” as well as the economics of each well and field and readily available midstream capacity.

“I’ve never seen better coordination between shippers and carriers than what I’m seeing these days, even when I was on the producer side,” Aviki said. “Part of that is because lead times for midstream materials and equipment have gotten significantly longer, especially for electrical, computing and compression facilities. In recent years, we could just purchase items out of storage or rent compressor units as we needed them. That is not the case any more. We are buying for future activity and doing what we can to reuse existing equipment and move components from an inactive to an active basin.

“We’ve had producers in the Delaware Basin contact us in advance of issuing a formal request for proposal, just to understand our available capacity well into the future. I’ve never experienced that before in my career,” he said.

Another important driver for that coordination is the upstream sector. “Most of the drilled uncompleted [DUC] inventory has come down in the past two years,” Aviki said. “There are still a few DUCs around but that is specific to some producers. Energy Information Administration data show that the disparity between drilled and completed wells is closing.”

As producers move through their inventory from DUC hunting to infill drilling and in some cases on to step-out development, the upstream lead time also gets longer as well as more expensive. That increases both the opportunity and the need for close collaboration with the midstream industry.

“In the second half of 2022, we’ve got growth in all of our basins, particularly the oil-weighted ones: the Bakken, the Powder River and the Delaware-Permian, especially in New Mexico,” Aviki said. “That has really ramped up. In that territory we are primarily a gas-gathering operation.

“Infill drilling is where most of them are at these days,” he added. “That varies greatly by operator, with the private equity portfolio producers moving faster. There is one PE-backed operator that has 19 rigs running. That is a massive program for the operator to keep up with and coordinate with their midstream providers. We have seen a steady pace of step-outs, notably in the acreage of Sendero Midstream Partners, the acquisition that closed in early July.”

The action is in the major plays, said Steve Hendrickson, president of Ralph E. Davis Associates, an Opportune company.

“For oil, those are the Midland and the Delaware basins in the Permian, also the Bakken and the Eagle Ford,” he said. “For gas, those are the Haynesville in both Texas and Louisiana, as well as the Marcellus-Utica. Recently, I’ve heard the Permian is hitting all-time production highs. In the Haynesville and Marcellus core areas, the recent indicators are up from actual wells drilled to permits.” 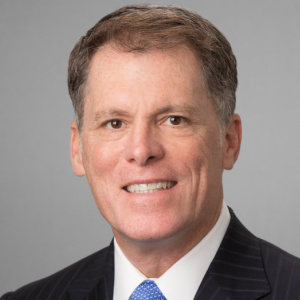 “In areas where there are more numerous, smaller producers, there is a midstream opportunity for water banking.”—Steve Hendrickson, Ralph E. Davis Associates

In the Bakken in particular, Hendrickson noted that “in some cases, we have seen improved performance, even as spacing got tighter, rather than the level of EUR degradation that we often do. That could be from improvements in completion technology or perhaps from beneficial interaction among the wellbores. That seems unlikely but may be possible.”

Currently, producers are able to proceed as they wish because “in general there are not the level of midstream limitations we observed in many plays a few years ago,” said Hendrickson.

That said, he is keeping tabs on planned growth in LNG exports in the medium term.

“We are already bumping up against 12 Bcf/d of LNG exports, and according to published data we’ve seen, the FERC [Federal Energy Regulatory Commission] has approved more than 20 Bcf/d of new construction and expansions,” Hendrickson said. “I don’t know how much of that has reached FID [final investment decision], but I’ve got to believe that a lot of it is going to happen, especially given Europe’s commitment to reducing their exposure to Russian gas imports.”

The development of water as a midstream business continues to trickle along.

“Circularity is definitely happening, especially for the large-footprint operations with a lot of rigs running,” Hendrickson said. “In areas where there are more numerous, smaller producers, there is a midstream opportunity for water banking. That makes a lot of sense, even with the capital and regulatory challenges.”

Despite the obvious economies of scale in putting three pipes in a ditch—gas, liquids and water—Hendrickson noted that there remains a fundamental difference in the water business as distinct from moving hydrocarbons.

“Water infrastructure is a relatively low technology, a potentially low-margin operation, so it would surprise me if the big operators got heavily involved,” he said. “I would expect them to focus more on processing and transportation projects that I expect would deliver higher returns.”

Increased production, through a combination of infill drilling and step-out development, has been most evident in the north and west areas of the Delaware Basin. There has not been much recompletion work, even in the Barnett Shale, which was something of a surprise to Crestwood’s Aviki.

In all, “available midstream capacity is definitely informing decisions by the upstream industry to increase production,” he said. “Coordination between upstream and midstream has never been more critical. Two significant factors in that are the supply-chain challenges and the importance of environmental, social and governance factors. It is now more important than ever to execute growth with the least carbon footprint.”

Crestwood recently completed a 100 MMcf/d compressor station in the Delaware Basin that includes several features tied to its carbon management plan such as improved emissions detection and capture technology.

“We will be using this facility, along with the Sendero capacity, to optimize the combined system for shippers of both legacy companies,” Aviki said. 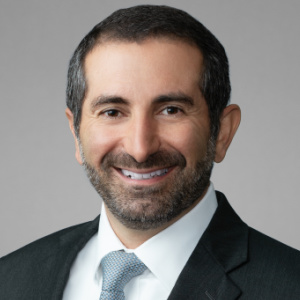 “In the second half of 2022, we’ve got growth in all of our basins, particularly the oil-weighted ones: the Bakken, the Powder River and the Delaware-Permian, especially in New Mexico.”—Diaco Aviki, Crestwood Equity Partners

Technology, both upstream and midstream, is part of the capacity and operational improvements. “Tech continues to surprise to the upside,” he said. “There have been so many improvements in drilling and completion that have significantly lowered breakeven points and improved capital efficiency.”

As an example, he cited 3- to 4-mile laterals. “Those are such game changers,” Aviki said. “They unlock so much acreage and give a much longer runway, especially in the Bakken as rigs move to the west. There is also a better approach to spacing and the fine-tuning of sand and water.”

As evidence, he noted that type curves in the Bakken have been improving every year.

“That is very unusual. We normally see type curves decrease over the years as the top acreage is produced.”

In terms of midstream technology, Aviki mentioned several that might seem modest but have made a significant difference for Crestwood.

“We originally had one skid each for gas, oil and water,” he said. “Now we have one skid for all three. That improves efficiency and lowers our footprint on the landowner’s property.”

Crestwood has also installed variable-frequency drives on most of its pump motors. That enables the carrier to optimize pipeline flow and reduce its carbon footprint through lower energy consumption.

“The cube development, or wine rack, that producers are using has helped us with scale through capital and operating efficiency from a compression and pipeline perspective,” Aviki said. “We can build our facilities once for the anticipated volumes now and in the future and not have the capital inefficiency of installing duplicate compressors facilities and pipelines as production increases.”