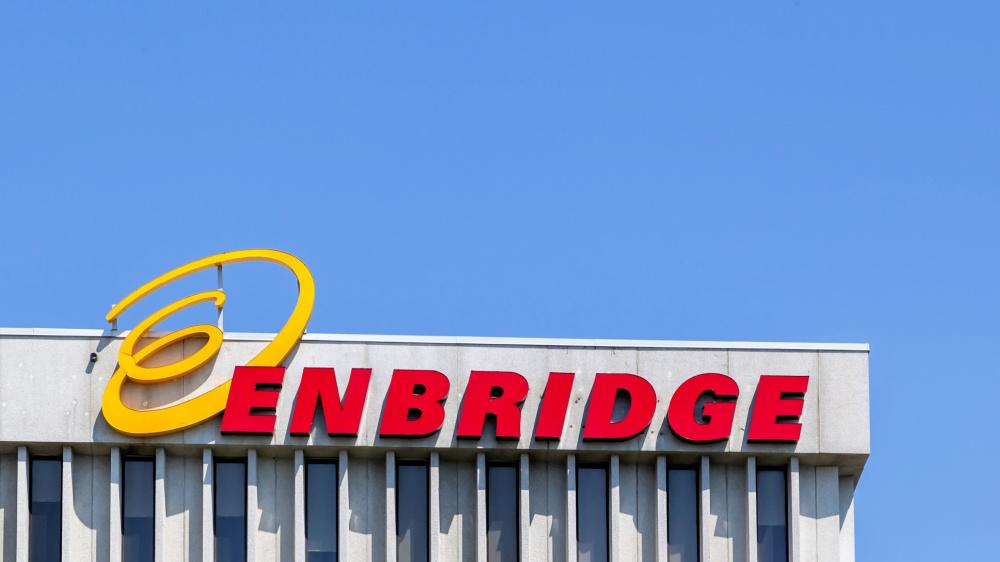 Line 5 ships 540,000 bbl/d of oil and refined products from Superior, Wisconsin, to Sarnia, Ontario, and is a vital link in Enbridge's export network. (Source: Enbridge sign by JHVEPhoto / Shutterstock.com)

A state of Michigan regulator said on April 21 it will consider the impact of climate-warming greenhouse-gas (GHG) emissions when deciding whether Enbridge Inc. can build an underwater tunnel to rehouse a four-mile (6-km) section of its Line 5 oil pipeline.

The Michigan Public Service Commission (MPSC) agreed with interveners, including environmental groups, that GHG emissions are pollutants  whose impact must be considered under  the Michigan Environmental Protection Act.

“The Commission will also allow evidence to be presented on the greenhouse gas emissions resulting from the fossil fuels being transported through the replacement segment,” the MPSC said in a statement.

Calgary, Alberta-based Enbridge proposed building the tunnel to address concerns that the 68-year-old pipeline, which currently runs along the lakebed of the Straits of Mackinac connecting Lakes Huron and Michigan, could leak. Michigan Governor Gretchen Whitmer has ordered the pipeline to shut down entirely by May, a move Enbridge is battling in court.

Line 5 ships 540,000 bbl/d of oil and refined products from Superior, Wisconsin, to Sarnia, Ontario, and is a vital link in Enbridge's export network.

Environmental campaigners opposed to Line 5 hailed the decision as a win.

“It recognizes that the Michigan Environmental Protection Act applies to consideration of greenhouse gas emissions that would be spurred by Enbridge’s proposed oil pipeline tunnel,” said Liz Kirkwood, executive director of For Love of Water.

Enbridge spokesman Ryan Duffy said the company would provide information for the review as requested by the commission.

The MPSC rejected calls to review the entire Line 5 pipeline, and said it would limit the scope of its review to the four-mile section being rehoused in the tunnel. Enbridge’s Duffy said the company welcomed that decision.

The train is one of three included in the first phase of the project, which will enable the export of about 12 million tonnes per annum of LNG.