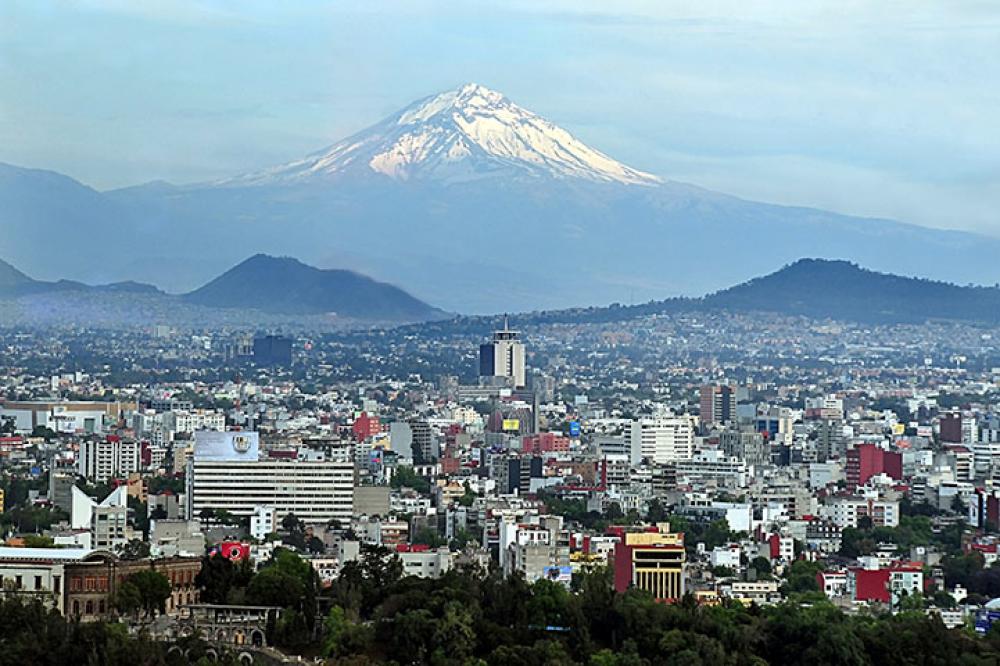 At Privcap Game Change held in Houston, a panel of experts discussed the state of the energy play in Mexico, where foreign investors are partnering and bidding on projects after state-run Pemex opened the country’s market to outsiders for the first time in decades.

Joncarlo Mark, Upwelling Capital: German, can you talk a little bit about the [energy] reform in Mexico?

German Cueva, Riverstone Holdings: I’m responsible for the Riverstone investment business in Mexico. We decided to open up an office in Mexico three or four months after the reform was finally approved by Congress in Mexico, which was around February 2014.

So, we saw that there was a very interesting change taking place. We decided to become local. And the reason why we did that is quite simply, if you think of each one of the sectors where we spend our time on, it started with E&P. Mexico at one time was one of the 10 largest oil producers in the world, and for the past 75 years, up to that point, everything was under the exclusive control of one company, Pemex.

So just think about that and compare that with what we’ve seen here in the U.S., in Texas and other places where you first see the majors come in and compete with each other.

Mark: What is the estimated dollar amount of assets that one could imagine being privatized in this entire process?

Cueva: Let’s first define it, because the word “privatized” in this context could mean selling a part of Pemex, and that’s not happening— at least there are no plans for it to be a public company. So the opportunity really became, you have old Mexico, and the first step the government took was to restrict Pemex’s operations to those areas where they already had a certain level of capital deployment.

So they separated that and gave it to Pemex, and then the Ministry of Energy, through its National Hydrocarbons Commission arm, started the rounds of the process to be put up for bids, the energy opportunities. And, really, this becomes the opportunity for E&P companies to go down there and bid for the right to explore and develop assets.

And very relevantly, [in early December] we had by far the most important step of this opening up of this process. And we have a number of majors and national oil companies coming in and [bidding] aggressively for some opportunities.

Mark: Clearly the opportunity set is in the billions of dollars.

Cueva: Absolutely. The numbers that the government used for this first round was $41 billion. If you think only of the exploration stages, we’re talking about $3 billion to $3.5 billion in assets.

Mark: Jorge, can you talk about the niche opportunity that is most attractive to your firm?

Jorge Dickens, ACON Investments: The opportunity is very big. We decided back in the summer of 2014 to put together a platform, a company whose purpose would be to actively participate in what we, at the time, saw as a massive deal flow of assets coming.

And we saw an opportunity for a platform that is institutional to aggregate capital that is of significant size to serve as facilitator and as a partner for middle-market companies that pursues particular technologies to go after the particular opportunities represented in the Mexican market.

As you said, the opportunity is very large, but it’s also very diverse. If you look at the universe, if you look at deepwater, shallow-water, they all require very different technical skills, which are hard to find in one single company and less so in the market that has been closed for so many years.

Our approach was, put together a team. That team is a mixture of Mexicans with some international executives. The mandate is to create a diversified portfolio of assets primarily in onshore and shallow-water and offshore fields. We’re not touching deepwater. That’s beyond our scale. But certainly, we think, within the onshore and shallow-water space there’s plenty of opportunity.

Mark: First Reserve, in particular your focus is really on the infrastructure side. Can you talk a little bit about that opportunity set?

And we’ve been in Mexico for quite a while.

Some of the companies that we helped build up on the buyout side, like Weatherford and Saxon, have provided services to Pemex going back 20 years. And over more recently, in energy infrastructure, we invested in and built three wind farms back in 2012, and we’re building one right now.

And then, over the past three years, we’ve formed a partnership with Pemex to invest in energy infrastructure. We started that off by building, in partnership with some other companies, a long-haul pipeline that takes natural gas from the Eagle Ford Shale in Texas down through the industrial heartland in Mexico.

[There’s] a huge natural gas story in Mexico that you’ve seen, with power prices that are high historically from burning diesel and bunker fuel. And now, with the tremendous availability of natural gas to the north, there’s been a really large buildout of natural gas-fired power generation.

Mark: Ken, are these companies well equipped to take all this money that Riverstone and First Reserve and ACON are providing them? And from a financial controls and tracking standpoint, are they well equipped to expand as expeditiously as these investors would like them to?

Ken Evans, SAP: My concern is, I’m not sure as a country, as an entity of Pemex and the other agencies over there, that they're really prepared to manage the information properly at a country level. The goal of the deregulation was to maximize the value of these assets for the country themselves.

And so if I think about the way that that’s done in other areas, there are some real opportunities, and a lot of focus here is on upstream with all this bidding and stuff, but they [need to] deregulate the downstream markets. They need to be competitive in that space. There is a need for a lot more infrastructure to be opened up to allow a robust ecosystem with trading and movements.

What we see the future to be, the opportunity for Mexico, is actually to develop and leapfrog the rest of the world instead of trying to follow in their infrastructure investments and do old-style trading with DTI transactions and so forth. There’s an opportunity for them to install the digital energy network and really leapfrog the rest of the country, as far as the efficiencies they could gain from leveraging information technology.

Mark: You are partnering with a government run enterprise [Pemex] that ... may have a slightly different mentality and approach than you do. How do you manage that relationship?

Evans: In any partnership, having interests aligned is very important, and governance is very important. Construction projects are very complicated, let alone an 800-kilometer pipeline with 1,000 different landowners going through all sorts of terrain. Stuff comes up as you’re constructing these facilities.

Before closing any investment, make sure that you have very strong shareholders’ agreements, not only what's on paper but the interaction and the protocols between the parties in terms of how decisions are made, because in a situation where you have multiple parties, multiple stakeholders, it’s very easy for that to go awry.

Mark: German, you’re partnering with large corporate entities. Can you talk a little bit about that structure?

Cueva: Our effort in Mexico is private equity, and it focuses on developing what we call buildups, which are essentially startups in the energy space with the right management. So the company that you reference is a partnership we have with EnCap and Blackrock. It’s called Sierra Oil and Gas.

And Sierra Oil and Gas was really the first startup in Mexico. The focus for Sierra has been competing in the CNH, so the National Hydrocarbon Commission-led auctions.

Sierra is one of the six entities we currently have in [operation in] Mexico. They were able to—as happens in the oil and gas industry a lot—partner with a large independent national oil company, and now another very large company in the former consortium, to be in this deepwater and take a small primary position there.

Mark: If everyone’s right and Mexico achieves the maximum value of the assets they’re selling, then you’re generating the best returns for your investments. What is it about private equity that works?

Dickens: With a little bit of [the] tweaks that we have been suggesting, it will not be more attractive for private equity. You're getting into situations where you can get 30-year contracts by bidding and compensating your, in this case, estate to what is essentially massive seller financing.

You don’t get that anywhere else in the world—a situation where your money goes actually in the ground. There’s no out-of-pocket [cost] to a seller…. You’re actually enjoying the benefit of paying royalties out of the oil that is actually produced. So the leverage that is embedded into that formula is very powerful for private equity.

Now, of course, there’s the question of what royalty makes sense. And that has been an issue that we, as some participants in the industry, have been very outspoken about.

In a nutshell, as the whole process matures you’re going to see more and more credible players bidding things that actually make sense, that will enjoy this type of economics.

Cueva: When you think of the oil and gas private equity opportunity, it tends to be more focused on asset opportunities that are of the size that are not as attractive to the majors.

At the end of the day, it’s not very different from what we saw in the U.S. with the majors having a field. So that’s really the bulk of what this would pursue in Mexico on the E&P side. I think in the United States it’s different. There’s a tremendous amount of need for capital to develop the non-E&P energy infrastructure.

Evans: All the things we’re seeing the need for Pemex and the whole ecosystem is this rapid innovation cycle to be able to learn. And … the supermajors and the large entities, they can’t cycle as fast as the private equities and the startups can. So there’s a window of opportunity now for PE to really go in, and then once it matures, you will see that sort of consolidation.