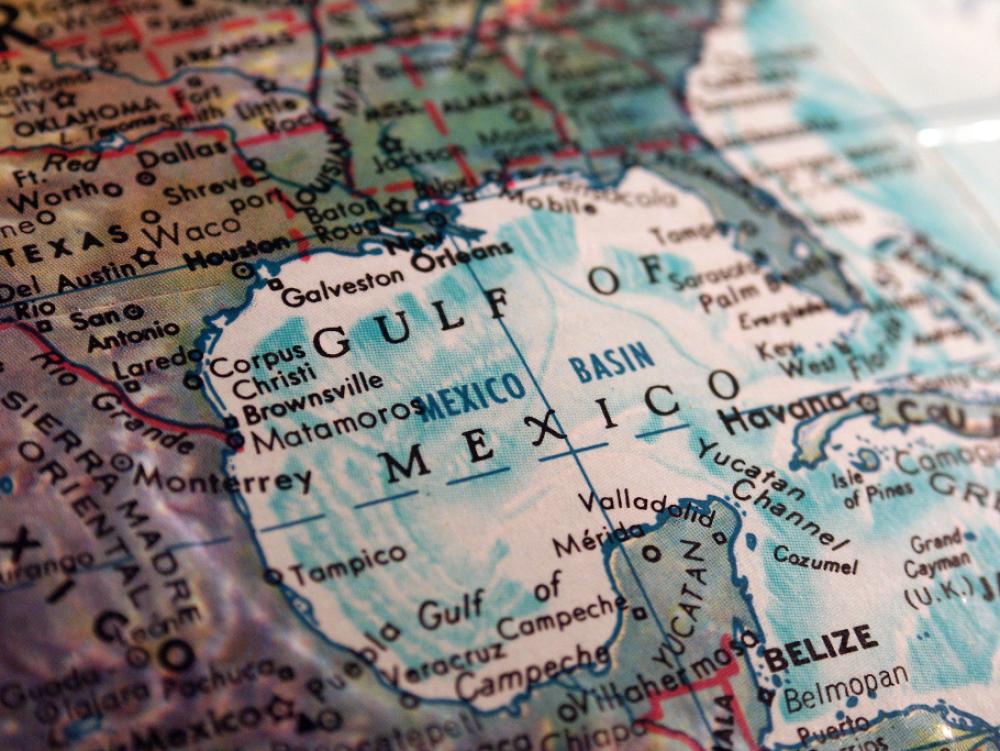 From Houston (BN): It was always unlikely that Mississippi Canyon 252 in the Gulf of Mexico would be off-limits forever after the 2010 BP oil spill from the Macondo (SEN, 31/13) well. Now regulators have conditionally OK’d LLOG’s plan to drill into MC252 from MC253, the next block to the east.

The approval comes four and a half years after Macondo blew out, sank Transocean’s Deepwater Horizon rig, killed 11 workers and spewed for 87 days before it could be plugged and abandoned. Since then, industry standards and government oversight have tightened.

LLOG’s Initial Exploration plan calls for drilling and completing two wells, spudding the first on January 1, 2015 and the second a year to the day later. According to its filing, LLOG expects the first well to take 55 days to drill, the second 56 days to drill. Both should take no more than 30 days to complete, LLOG indicates.

The operator plans to use either a drillship or a dp semi to drill directionally into MC252 from a surface location about 1.2km northeast of where Deepwater Horizon was situated to drill Macondo. Water depth in the area is about 1,500m.

It is unknown whether LLOG is targeting the same zone that BP was trying to develop, about 5,800m down. LLOG declined to say, citing ‘confidentiality agreements.’ LLOG did not give the prospect a name in its filing.

Government filings allow companies to withhold exact bottomhole targets, but surface locations are revealed in some detail. LLOG’s locations for the wells are on the western edge of MC253. Macondo was on the eastern edge of MC252.

A spokesman for the Bureau of Ocean Energy Management stressed that the approval is conditional, pending state environmental reviews, and that no drilling can occur without a separate well permit from the Bureau of Safety & Environmental Enforcement. But SEN notes that these generally are routine steps on the way to drilling.

LLOG’s Neidermeyer prospect is also on the western edge of MC253 with surface coordinates very similar to the newly authorised MC252 drilling, but the new work appears separate.

LLOG acquired most of MC252 from BP in a transaction approved by regulators last May (31/7), but BP kept portions that included the Macondo wellsite, the sunken remains of Deepwater Horizon and the coffer dam used in efforts to stop the spill.

It appears likely that any discovery LLOG makes in MC252 would be tied back to its Delta House (31/13) fpu, which just left Kiewit’s Ingleside TX yard for mooring in MC254. Other prospects, including Neidermeyer, already are slated for tieback to Delta House.

As for the Macondo legal tangle, BP has asked a federal court to reconsider a judge’s finding that the company was ‘grossly negligent,’ not just ‘negligent.’ The distinction is important, because it quadruples per-barrel penalties.

District Judge Carl Barbieri has considerable discretion in assessing the actual penalty. A trial scheduled to start 20 January in New Orleans will help him make that calculation.

(From the Editor: The Delta House fpu has completed the tow to new home in MC254. The work was carried out by Marine Contracting, a subsidiary of Global Maritime Group which was established only last year.)

Norway’s Sverdrup Oil Field to Boost Output in May