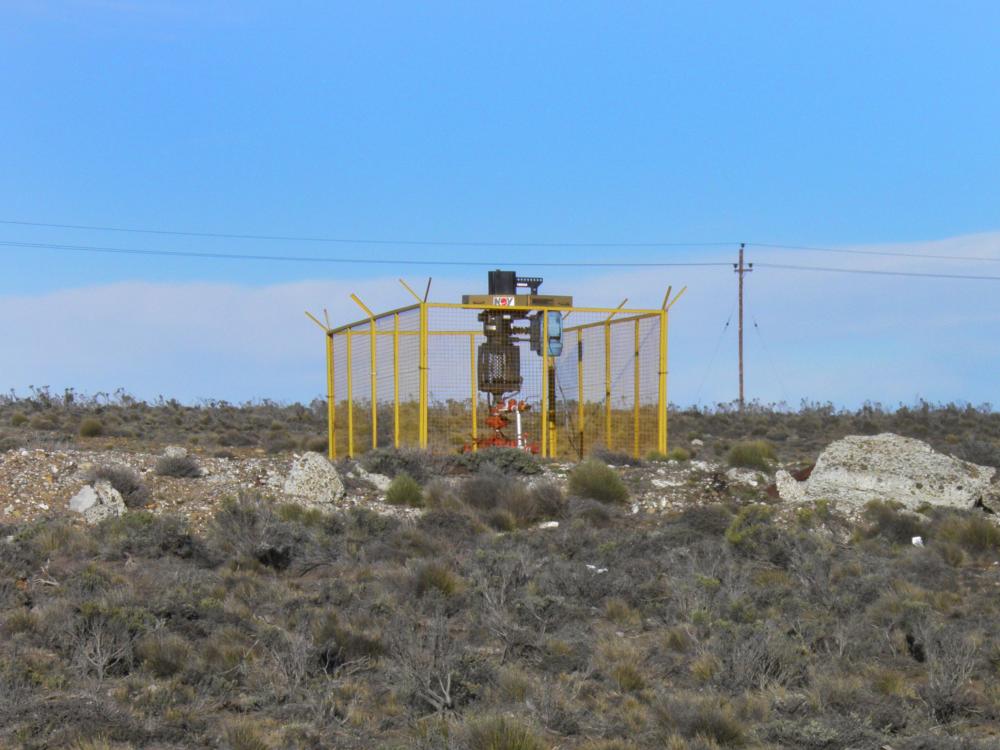 One of NOV’s PCPs was installed in the field for operator YPF. (Source: NOV and YPF)

Artificial lift systems are one of the most widely used methods of obtaining higher production rates from wells. To realize the full production potential of an oil or gas field, operators are faced with determining the artificial lift method that best aligns project economics with lift system performance. Additional considerations, including geographic and environmental factors, also influence overall well design. The industry at large has recognized the need for system adaptability to a wide range of challenging lift situations, including high sand production, horizontal or directional applications, and high-viscosity oil wells, to name a few. To address this, National Oilwell Varco (NOV) has been perfecting a line of progressing cavity pumps (PCPs) that provide greater efficiency in such varied applications.

PCPs have long been used across business and industry lines. Early pumps, for example, were used primarily as fluid transfer devices in manufacturing and industrial projects. Though adoption in the oil and gas industry began in the late 1970s, it wasn’t until the 1990s that PCPs emerged as a viable and common form of artificial lift. The modern PCP consists of a subsurface positive displacement pump, where the volume remains constant at each cycle of operations, and an associated surface drive system.

The positive displacement function of the PCP serves as the major differentiator in this system. PCPs operate by means of the matched interaction between a hard steel rotor, usually in the form of a single external helix or circular section, and a stator with the internal form of a twostart helix. The stator is manufactured from a resilient, abrasion-resistant elastomer bonded inside a steel tube that is selected based on specified well fluid compatibility.

NOV’s basic objective when designing and refining PCPs was to balance fluid production rates with the mechanical performance capabilities of the equipment. Doing this allowed the PCPs to achieve optimal service life and deliver long-term value in the field. Additionally, several innovations in PCPs released by NOV further improved their ability to generate higher production volumes and more efficiently deal with wellbore solids than other artificial lift solutions, such as:

YPF was developing the Manantiales Behr Field in the Golfo San Jorge Basin, a sedimentary basin rich in hydrocarbons located in eastern Patagonia, Chubut province, Argentina. Complex networks of faults and pathways trapped oil in the basin’s extensional and compressional structures. Extensional tectonics, including rifting, were the dominant condition under which the basin has been developed. Beyond the geological difficulties of developing the field, the heavy oil found in the basin presented its own set of unique challenges.

Another important well characteristic for YPF to consider was that in the winter season tubing pressure would increase to 569 psi as a result of the fluid in the flowlines becoming more viscous due to the colder temperatures, which led to the installation of heaters on the line to facilitate the pumping of oil to the station. Due to such high pressures during the winter season, the PCP system (pump, rods and drivehead) had to be optimally designed to work significantly harder.

The PCPs were ideal to address the various challenges of producing this field, and YPF worked with NOV to implement a full-scale rental and maintenance solution for its wells, which at the time included about 180 pumps. With an artificial lift solution the primary concern was balancing economics with performance, meaning that a PCP system would be a perfect match for this application. This particular installation included a complete NOV PCP system, including a model 10-1600 PCP with medium nitrile elastomer, surface drivehead and VFD. After initial deployment in 2009 and continuing to the present the well has continued to operate without incident or intervention. This run time far exceeds the expected two-year mean time between failures for this area.

Since 2009 this PCP system has been producing at an average rate of 25.6 cu. m/d (904 cf/d) at 340 rpm. Efficiency is calculated using the standard formula of the actual production rate divided by the rated production rate multiplied by 100. The following calculations were used for this project and PCP system (note, they are approximate):

These exceptional results using the PCP system were not isolated to just this one well. More than 25% of the units currently in use by YPF in the field have reached five or more years of continuous operation. Additionally, key performance indicator (KPI) records indicate the rig job rate in those wells equipped with the systems is just 0.22/year. By way of this KPI NOV estimated that YPF has saved at least two rig interventions on this particular well since 2009. This has resulted in substantially reduced downtime and increased production. Due to such consistently high performance, NOV’s PCPs became YPF’s preferred option for its artificial lift wells in the region.

There is still a great opportunity for future improvements to PCP technologies and increased implementation of PCPs in general. NOV is developing a remote monitoring solution for PCPs that will allow operators to access information either onsite or remotely via satellite, cellular and radio with web-enabled communications. Notifications of issues in real time will enable proactive mitigation and resolution, while collection of operational data will bolster the creation of lessons learned for use in subsequent projects.