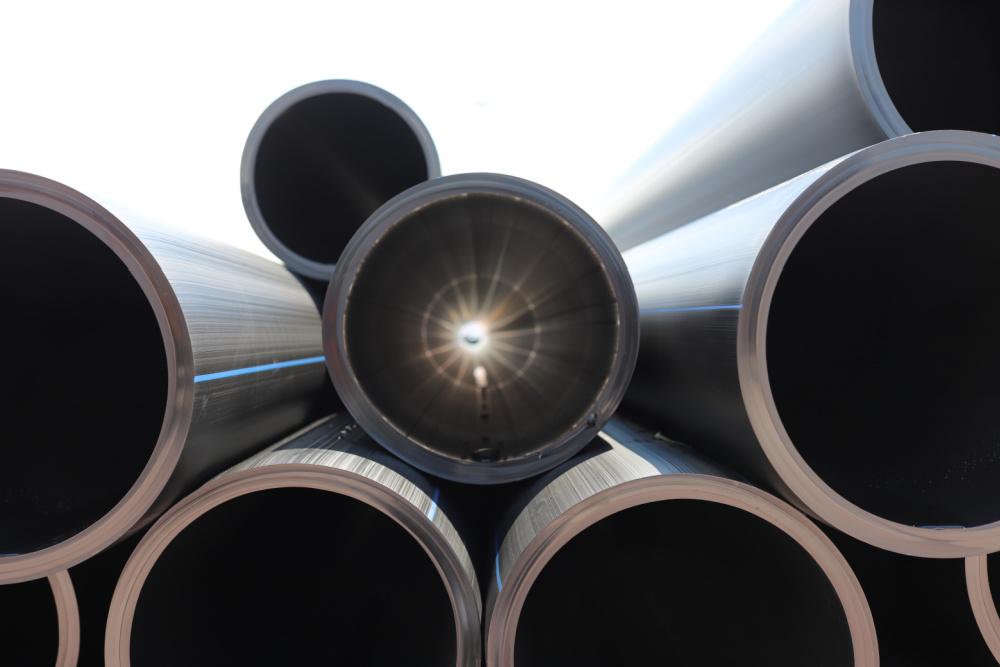 Lenders are also in a position to add their weight. “My hunch is that we will see a move in the direction of lending to CO₂ pipeline projects,” said Jeff Civins, senior counsel in the environmental practice group in the Austin office of Haynes and Boone. (Source: Shutterstock.com)

A recent survey of producers conducted jointly by Haynes & Boone and EnerCom found that producers registered with the U.S. Securities and Exchange Commission (SEC) continue to include more disclosures around climate-related risks and climate change, with most producers including risk factors on several key issues facing the industry.

“There would be exposure to liability on the legal side for a company to make unsubstantiated claims regarding environmental accomplishments in general, and regarding greenhouse-gas (GHG) emission reductions in particular,” said Jeff Civins, senior counsel in the environmental practice group in the Austin office of Haynes and Boone. That is part of the reason that most company disclosures keep to Scope 1 and 2 emissions, rather than Scope 3, which are more difficult to both quantify and verify. 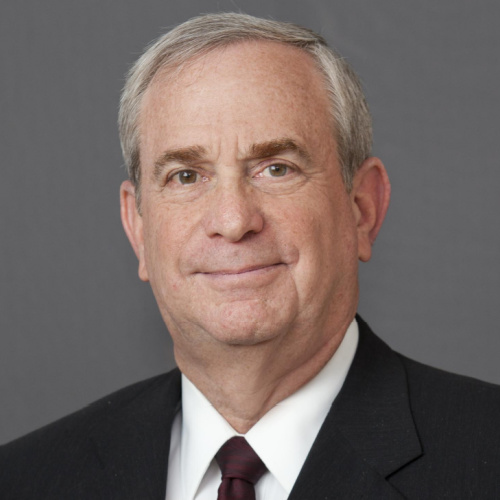 “There is also the recognition that fossil fuels will have to be a part of the diverse energy portfolio for many years to come. And carbon management is now part of that.”—Jeff Civins, Senior Counsel, Haynes and Boone LLP

Scope 1 emissions are greenhouse gasses released directly from a business. Scope 2 are indirect emissions from energy purchased. Scope 3 are also indirect GHG emissions, specifically, those resulting from upstream and downstream activities associated with a product or service–that is, GHG emissions across a business’s supply chain.

“Methane has a larger carbon footprint than does CO₂, and for the upstream oil and gas industry, the EPA is more focused on methane at present,” Civins said. “But even without regulations, many larger companies are moving in the direction of reduced GHG emissions. That is not necessarily true of the smaller producers and operators. They may need more of a regulatory incentive, versus a push by investors. Both will be helpful in moving the industry toward net-zero. The overarching issue is, where will we be by 2050?”

Lenders are also in a position to add their weight. Civins noted that lending is handled by other partners at Haynes and Boone, but did say, “my hunch is that we will see a move in the direction of lending to CO₂ pipeline projects. The logic is that the industry already has expertise in the extraction, transportation and injection of gasses. CO₂ is just a different gas, but part of the same overall industry.

“There is also the recognition that fossil fuels will have to be a part of the diverse energy portfolio for many years to come,” Civins added. “And carbon management is now part of that. Upstream and midstream companies already have infrastructure and expertise.”

Pipeline operators have shown some leadership in trying to curb emissions, notably efforts to coax, or force, producers away from flaring associated gas and to instead use their pipelines.

Pipeline operators have also taken the initiative in planning CO₂ lines, both gathering and transportation, to transport CO₂ to permanent sequestration facilities. Given the essential role in moving CO₂ from generators to disposal, it might seem that there would be community and regulatory support for new pipe, but that does not seem to be the case.

“Pipelines have permitting and public-perception issues regardless of what is in them,” Civins said. “For each new proposed line there are different stakeholders with different interests. While the general public, including some environmentalists for example, may view carbon sequestration favorably, those directly affected by the pipeline are likely to have a NIMBY response.”

The other permitting and location issue that is coming to the fore is where sequestration facilities should be built.

“Where to put these things is an important decision,” Civins said. “There are a lot of advantages to the Gulf Coast region–both the geology and the concentration of CO₂ [emitters] across heavy industry, as well as the extensive infrastructure. There are not a lot of other places. There are proposals in many different states, but without those advantages, you have to wonder about how successful they are likely to be.”

Several other trends emerged from the survey. Almost all, 97% have disclosed ESG policies. The survey found that most producers are disclosing some level of both Scope 1 and Scope 2 GHG emissions in sustainability reports and on company websites, but not in SEC filings. Few producers are currently disclosing Scope 3 GHG emissions.

More producers are disclosing quantitative GHG emission reduction targets in sustainability reports and on company websites, the survey found. Many of those goals are predicated on significant reduction or elimination of routine flaring as well as investment in new technologies and equipment upgrades to monitor and reduce GHG emissions.

A few producers have announced net-zero targets since Summer 2021, but fewer than 25% of all sampled producers have established such goals, according to the survey. Many producers have formed ESG committees and are disclosing certain social and governance achievements such as board-level diversity statistics, investments in the community and worker safety statistics.

In early June, The U.S. Department of Energy (DOE) released a notice of intent to fund the Bipartisan Infrastructure Law’s $8 billion program to develop regional clean hydrogen hubs across the country. Hydrogen hubs will create networks of hydrogen producers, consumers and local connective infrastructure to accelerate the use of hydrogen as a clean energy carrier, the department stated.

“Hydrogen energy has the power to slash emissions from multiple carbon-intensive sectors and open a world of economic opportunity to clean energy businesses and workers across the country,” said U.S. Secretary of Energy Jennifer Granholm in the announcement. “The hydrogen technology investments from the Bipartisan Infrastructure Law are a major component of the plan to decarbonize the industrial sector, which accounts for a third of domestic carbon emissions.”

According to DOE, the U.S. produces about 10 million metric tons of hydrogen annually, compared to about 90 million tonnes produced per year globally. While most of the hydrogen produced in the U.S. comes from natural gas through steam methane reforming, electrolysis technology–which uses electricity to produce hydrogen from water–is an emerging pathway with dozens of installations across the country. That technology could produce hydrogen using clean electricity from renewable energy including solar, wind and from nuclear power. 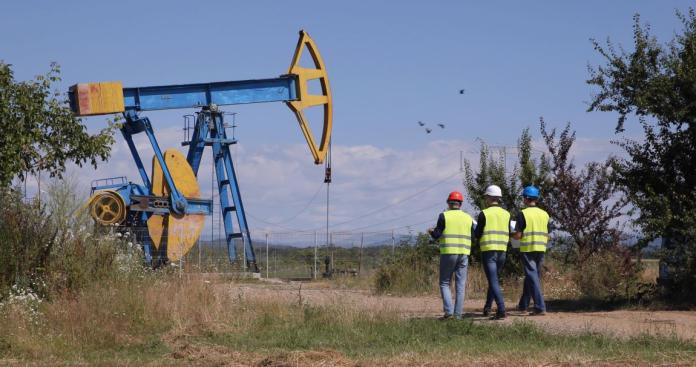 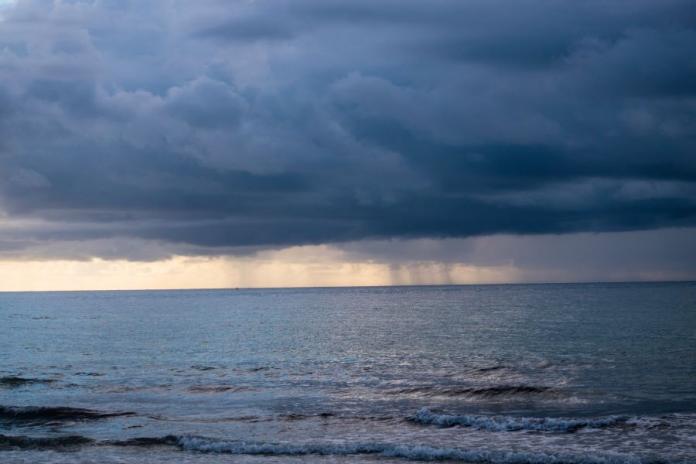 Norway to Deploy Military to Protect its Oil and Gas Installations

2022-09-28 - "The military will be more visible at Norwegian oil and gas installations," Prime Minister Jonas Gahr Stoere said, adding that attacks would be "handled jointly with our [NATO] allies."