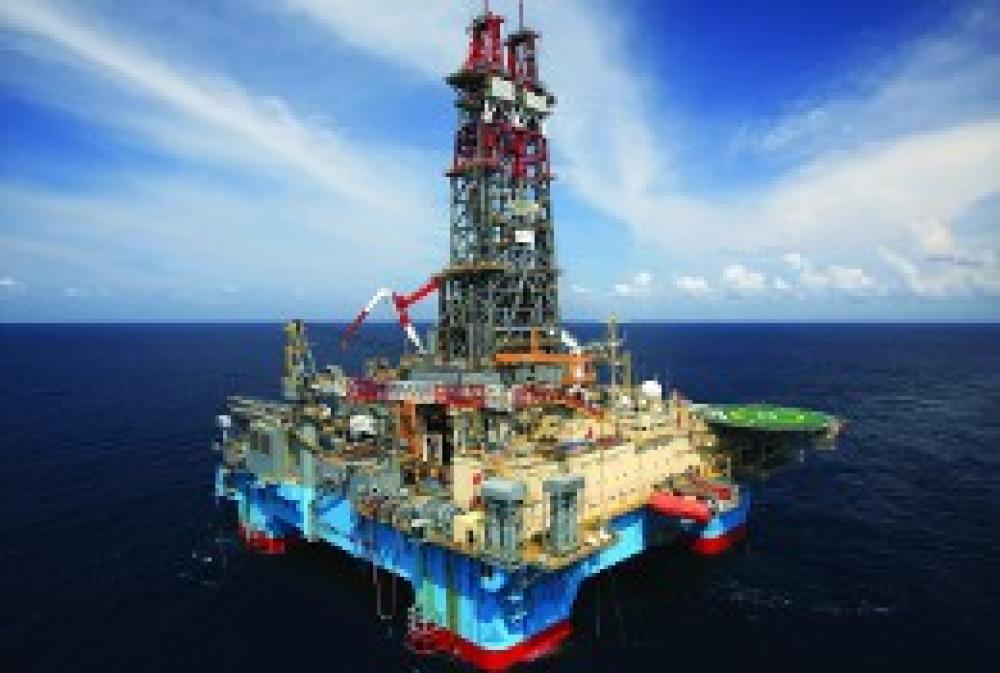 This world-class energy potential has initiated a flurry of competitive invitations from countries in the wider region – including Turkey, Montenegro, Malta, and Greece – to survey and explore promising areas. New discoveries this year include Israel’s Karish field, located 32 km (20 miles) northeast of the supergiant natural gas field Tamar, and the discovery of high-quality oil only a few miles north of Gaza in 5,791 m (19,000 ft) of water. Greece’s Prime Minister Antonis Samaras recently announced estimated reserves of 4.7 Tcm (166 Tcf) of natural gas lying offshore – an amount that exceeds the combined reserves of Cyprus and Israel.

Whether, and how rapidly, these resources can be developed depends upon a multiplicity of technical, financial, and political considerations. On the technical side, these fields lie many miles offshore, deep below the seabed, and in waters up to 2,000 m (6,562 ft) deep. Then there are the unresolved international boundary disputes that inevitably accompany the division of such rich resources as well as internal political divisions that delay exploration programs and export decisions. All of these factors are now crowned by a gamut of political risks across the region, including civil unrest in Egypt, civil war in Syria, technical “at war” conditions between Israel and Lebanon, caretaker governments in Egypt and Lebanon, and a lack of transparency.

The discoveries in 2009 of the natural gas field Tamar with an estimated 255 Bcm (9 Tcf), in 2010 of the Leviathan field with 538 Bcm (19 Tcf), and in 2013 of the Karish field with 28 Bcm (1 Tcf) have put Israel securely on the map in terms of gas reserves. The Leviathan discovery was the biggest find ever in the underexplored Mediterranean Sea and the largest discovery in the history of Noble Energy. Production is carried out by five wells connected by a 150-km (93-mile) subsea double-pipe tieback to a gas-processing platform located offshore Ashkelon. First gas delivery took place March 31, 2013, after four years of development work. The total initial delivery capacity is 27 MMcm/d (985 MMcf/d) or 7.5 Bcm (265 Bcf) annually.

A Bloomberg report estimates Israel’s discoveries of offshore natural gas to have reached 950 Bcm (35 Tcf). The Israeli newspaper Haaretz reported a new find from drilling in 5,791 m of water a few miles north of Gaza, with the discovery said to contain as much as 120 MMbbl of crude oil and 51 Bcm (1.8 Tcf) of gas. Tamar started delivering gas via a 150-km undersea pipeline at the end of March, and the much larger Leviathan field should come online in 2016. A conservative estimate by the Bank of Israel suggests that Israel’s current gas resources could be worth US $240 billion based on European prices – enough for both domestic demand and exports.

The recent decision for a 40% cap on exports of gas from Israeli fields ensures that current reserves are sufficient to meet domestic demand for 25 years. Close to home Israel may supply gas to its neighbors in Egypt, Gaza, the West Bank, and Jordan. Further afield Israel is faced with a choice of four distinct but not mutually exclusive routes for its gas exports. The first option is the LNG market, exporting gas via the planned LNG export terminal at Vassiliko, Cyprus, and subsequently shipping LNG to Europe or, via the Red Sea, to China and Asia, where gas prices are highest. The second option is to build a natural gas pipeline under the Mediterranean direct to Turkey to reach European markets.

The third option is to construct a $5 billion one-train floating offshore LNG export terminal in Israeli waters. The fourth option is the construction of a 600-km (373-mile) pipeline to Turkey to carry up to 10 Bcm (353 Bcf) of gas annually as recently proposed by the Turkish company Zorlu. Gazprom has obtained the exclusive rights to export LNG from Israel’s Tamar field, according to web column Quartz.

Likewise, Cyprus and Israel have signed a memorandum of understanding to cooperate on energy, which would direct Israeli gas exports to the proposed $15 billion three- to eight-train LNG export facility in Cyprus offering access to both European and Asian markets. The Turkish pipeline proposal also is under consideration. Not only have talks between Turkey and Israel picked up momentum recently, but Israeli’s Antitrust Authority also has given Leviathan field operators the green light to launch negotiations with Turkish companies.

Cyprus suffers some of the highest electricity prices in the EU, so the Cypriot government welcomed the discovery in 2011 of the Aphrodite natural gas field, with an estimated 1 to 17 Bcm (3.6 Tcf to 6 Tcf) of gas. A government representative suggested that this would boost the economy by at least $1.8 billion annually and cut power bills.

Aphrodite has more gas than can be used by Cyprus’s small population, leaving around 90% available for export to Europe. Cyprus is eager to become a natural gas producer by 2018. Its first licensing round attracted 15 consortia for the 12 blocks on offer. Five blocks were awarded in 2012 to companies, including Eni, KOGAS, Total, Novatek, and GPB Global Resources.

Noble Energy and Delek Drilling have reached a preliminary agreement to construct a $12 billion three-train LNG export terminal at Vassiliko on Cyprus’s southern coast to attract and process gas from the eastern Mediterranean gas fields for export to Europe and Asia and, in the process, turn Cyprus into the region’s energy hub. A final decision is expected in December 2013. Another proposal is to construct a pipeline from Cyprus to Turkey to gain access to the European market, but this would require a resolution of the long-running territorial dispute in Cyprus.

Preliminary surveys of Lebanese offshore prospects indicate potential reserves of 846 Bcm (30 Tcf) of natural gas and 660 MMbbl of oil, Lebanon’s energy minister, Gebran Bassil, said during the Arab Economic Forum earlier this year. However, up to now not a single well has been drilled to validate such estimates. The fragile political climate and political and sectarian divisions have delayed everything from selecting board members for the new petroleum administration to the licensing round, postponed on several occasions before being held May 2, 2013. That round led to 46 consortia prequalifying, with first contracts to be awarded in March 2014. This will be followed by exploration in 2016 to 2017 and production the subsequent year.

If gas in commercial quantities is recovered, the most logical route for exports would be to connect with the existing Syrian pipeline network, which connects the region to Europe and the Middle East. Whether this is feasible is another matter given the competing claims by Israel and Lebanon to a large chunk of offshore territory, the EU’s embargo on Syrian oil, and the civil war in Syria. Instead, it looks like Beirut will have to build its own LNG export terminal or export gas via a subsea pipeline to Cyprus’s planned LNG export terminal. Above all, the dysfunctional political system, the lack of transparency, and political and sectarian divisions may serve to slow development of Lebanon’s potential.

Syria is estimated to have discovered proven gas reserves of 8 Bcm (284 Tcf), oil reserves of more than 2.5 Bbbl, and shale gas reserves of 56 Bcm (2 Tcf), with the prospect of more. Exploration and development of Syria’s potential gas resources will have to wait until its civil war is resolved and a stable government is put in place. Meanwhile, the memorandum of understanding signed in July 2012 for the Iran-Iraq-Syria pipeline plan has been put on hold.

The Gaza Marine gas field is 30 km (18.6 miles) off the coast of the Gaza strip, lying in 603 m (1,978 ft) of water. The development has been stalled for years due to disputes between Israel and the Palestinians over the latter’s territorial waters, the absence of clear contracts, and lack of funds. Gaza’s gas reserves are estimated at 31 Bcm (1.1 Tcf) and valued at $5 billion to $6 billion, according to Al-Monitor. Backed by the US, the Palestinian National Authority started discussions with Israel in September 2012 over the development of the field, but no start date has been agreed upon.

News of recent developments in Egypt’s Nile Delta comes on a more positive note. BP announced a significant gas discovery in the East Nile Delta from its deepwater exploration well Salamat in early September 2013. This well, the first in a concession granted in February 2010, was drilled in water depths of 649 m (2,129 ft) and reached a total depth of 7,000 m (22,966 ft). The well is 100% owned and operated by BP and is located approximately 75 km (47 miles) north of Damietta City and only 35 km (22 miles) northwest of the Temsah offshore facility.

BP has a long-established presence in Egypt with investments exceeding $20 billion, making it one of the largest foreign investors in the country. BP, together with its joint venture partners, currently produces more than 30% of Egypt’s total gas production. This discovery offers greater prospects than either Syria or Lebanon of early development.

Simultaneously, RWE Dea Egypt has begun natural gas production from its Disouq onshore concession in the Nile Delta. Production is expected to rise progressively during the commissioning period, reaching 4 MMcm/d to 4.5 MMcm/d (141 MMcf/d to 159 MMcf/d) by mid-2014. The gas from this project will soon make a substantial contribution to Egypt’s growing domestic energy market.

Accessing and developing the world-class undiscovered natural gas resources of the eastern Mediterranean will require overcoming challenging technical, financial, and political barriers. Governments in the region will need to make a series of domestic policy, regulatory, and market reforms to encourage investment as well as resolve their territorial disputes.

Decisions will be made over routes from production to market, which will have geopolitical repercussions extending beyond the immediate eastern Mediterranean. In the long term, the richness of the prize may foster cooperation instead of aggression and war. Israel and Cyprus will become energy-independent, and Europe will be able to reduce its dependence on Russian gas when Eastern Mediterranean gas exports begin.