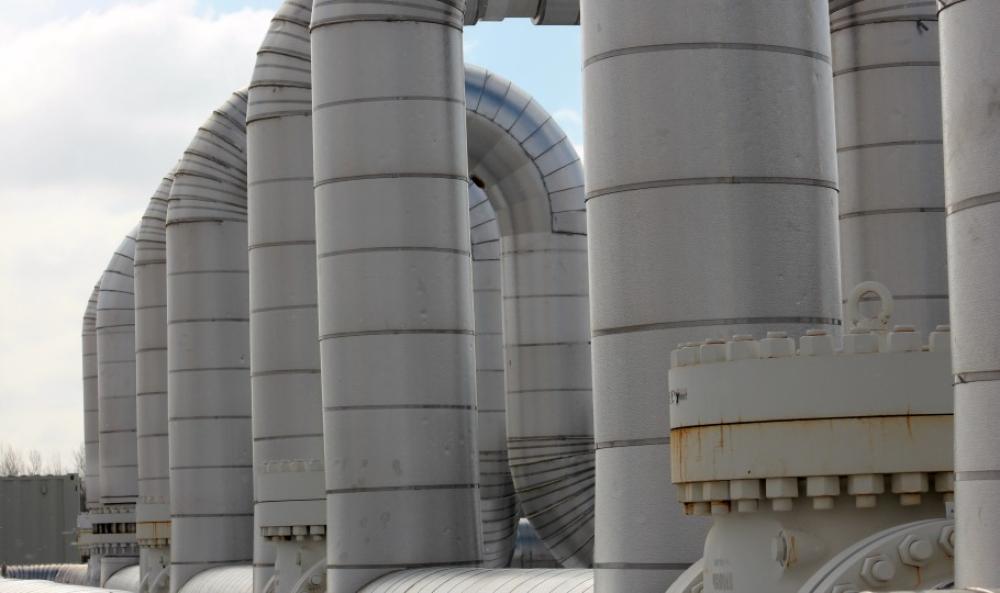 Keystone Pipeline’s pumping station No. 38 near Stanton, Neb. While the Trump administration has given the Keystone XL Pipeline project a green light, TransCanada Corp. still has obstacles to overcome before it can begin construction. (Source: Hart Energy)

The ultimate value of the Keystone XL Pipeline could be enhanced by Mexico’s oil production outlook, Platts Analytics said in a report soon after President Donald Trump approved construction of the project on March 24.

Assuming the TransCanada Corp. (NYSE: TRP) project obtains approvals from the Nebraska Public Service Commission and the U.S. Army Corps of Engineers, construction is unlikely to be complete until mid-2021, Platts said. Between now and then, Mexico’s production of heavy oil is expected to continue to decline, creating an opportunity for Western Canadian tar sands oil to flow through Keystone XL and fill that void at U.S. Gulf Coast refineries.

Seizing hold of that potentially lucrative opportunity is not a slam dunk. Platts noted that Keystone XL oil will have to compete with crudes imported from Mexico and Venezuela at Gulf Coast facilities configured to refine heavier grades of crude oil.

Video: Pipeline Of The Prairie

Platts also noted that the markets showed only moderate enthusiasm as news leaked of the White House’s announcement. TransCanada’s unit price rose slightly more than 1% in morning trading on March 24.

However, the analysts pointed to one option not even available when TransCanada proposed the 36-inch, 1,200-mile pipeline in 2008: the ability to export crude oil from Gulf Coast terminals. Energy security was on the mind of the president and CEO of the American Petroleum Institute.

“Today’s action to approve the Keystone XL Pipeline’s cross-border permit is welcome news and is critical to creating American jobs, growing the economy, and making our nation more energy secure,” said Jack Gerard on the organization’s website. “This critical infrastructure project has been studied longer than any pipeline project in U.S. history with exhaustive reviews by the State Department concluding that the project is safe for the environment and the best option for transporting domestic crude and Canadian oil to U.S. refineries.”

Predictably, not everyone was pleased with Trump’s action to overturn President Barack Obama’s denial of a cross-border construction permit in late 2015.

“The dirty and dangerous Keystone XL Pipeline is one of the worst deals imaginable for the American people, so of course Donald Trump supports it,” Michael Brune, executive director of the Sierra Club, wrote in a statement soon after the announcement was made. “This project has already been defeated, and it will be once again.”

Actress Alyssa Milano contributed to the conversation on Twitter as well.

While the president relaxed his demand that Keystone XL be produced with U.S. steel because construction had already begun, about half of the steel is from U.S. mills. Other sources of steel for the project include mills in Canada (24%), Italy (16%) and India (10%).

The provider of Canadian steel is Evraz Steel, a Canadian subsidiary of Russia’s Evraz PLC. Reuters has reported that the company had contracted to provide the steel before the project was canceled by the Obama administration.

But celebrity resistance may not be the biggest obstacle to construction of the pipeline.

Landowners in Holt County, Neb., sued TransCanada in 2015 to block the company from seizing their land under eminent domain. Now that the project has been revived, they are weighing their options.

“For our agricultural purposes, the purity of the water is essential,” landowner Jeanne Crumly told Harvest Public Media. “And it’s the thing that probably is driving the resistance.”

The group can expect help from national environmental groups opposing the project.

“Keystone XL can’t be built without eminent domain,” said Sara Shor of 350.org. “But even after that, landowners are planning further legal challenges. If we stop the route through Nebraska, we stop the pipeline.”

San Francisco-based Earthjustice, an environmental law organization, also gave no indication that it would back down.

“The current administration is trying to fast-track the Keystone XL Pipeline—a literal pipe dream—and de-fund our clean energy investments,” said Abigail Dillen, the organization’s vice president of litigation for climate and energy. “This decision defies all logic, not to mention the wishes of 75 percent of Americans who want our leaders to regulate climate pollution.”

That argument was considered by the U.S. State Department during the Obama administration in its analysis of Keystone XL’s impact. Relying on an environmental impact statement issued in January 2014, the State Department concluded that tar sands crude oil would be developed with or without Keystone XL, meaning that its existence would not affect climate change.

Whether it is popular with the neighbors, Keystone XL is in demand with producers.

Platts Analytics expects Western Canadian heavy crude production to grow by 1 million barrels (MMbbl) to 5.4 MMbbl/d by 2021. Because pipeline takeaway is already constrained, an average of two to three unit trains moved crude out of the region in 2016. That will rise to between four and five in 2019.

“In 2020, some relief will come to Western Canada in the form of Kinder Morgan’s Trans Mountain expansion, but that takeaway addition alone will not remove the need to continue shipping some barrels by rail,” Platts said.

Even with the addition of both Keystone XL and Energy East pipelines—with Energy East not a certainty for approval in Canada—what Platts terms a “modestly optimistic outlook” for additional production will necessitate an increase in transport via rail by 2025.