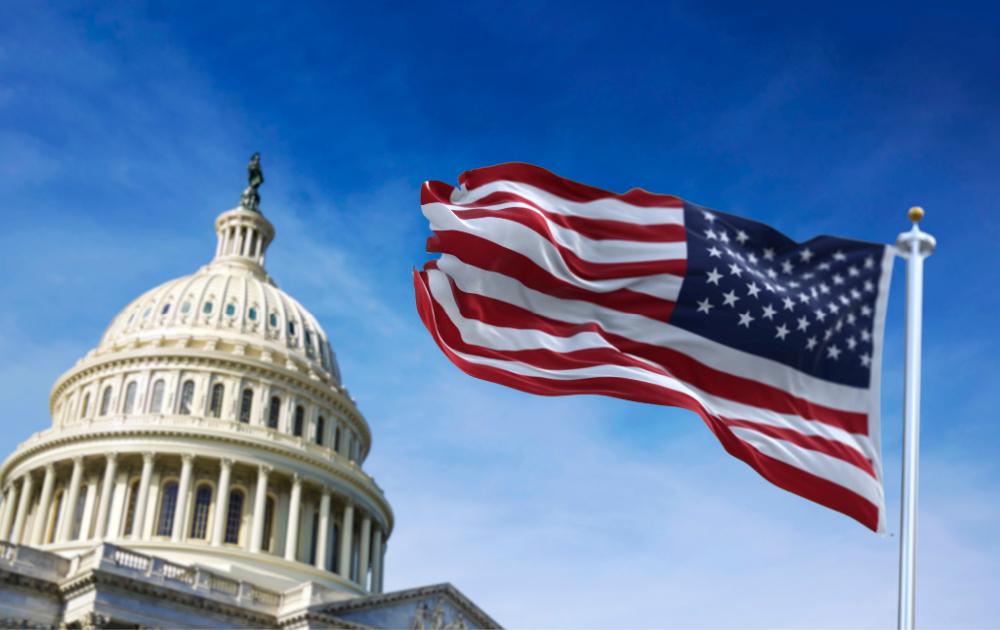 The bill now heads to the Democratic-controlled House, which is expected to take up the legislation on Aug. 12. (Source: Shutterstock.com)

The split 50-50 Senate passed the 725-page bill on Aug, 7 with Vice President Kamala Harris making the deciding vote that finally passed the sweeping reconciliation bill, omnibus budget legislation that times out at the end of a fiscal year.

It was also the last real opportunity for both parties to posture before the mid-term elections in November.

During the days leading up to the weekend vote, contrarian Sen. Kyrsten Sinema, D-Arizona, re-emerged with threats to thwart her party’s chance to pass landmark legislation—and use it a key campaign fodder in midterm elections.

“Sinema is the greatest source of uncertainty in this process,” said Evercore ISI analyst Tobin Marcus.

The Arizona senator reportedly approached Senate Majority Leader Chuck Schumer, D-NY, with a handful of asks, including tweaks on depreciation and carried interest. But in the end, it was the one focus that gave other lawmakers the most heartburn that made it into the legislation: a tweak to the minimum corporate tax.

Private equity has a crucial role in supporting the underinvested and public investor maligned oil and gas sector. A report late last year from the Private Equity Stakeholder Project showed that since 2010, the 10 largest private equity firms had invested $1.1 trillion into the energy industry.

Billions of dollars’ worth of new spending in the bill will be financed largely through new taxes, including the corporate tax that would impose a rate of at least 15% on all firms that generate upward of $1 billion in annual profit.

Sinema argued that without changes to exempt private equity, their small- and mid-sized firms backed by private equity would be made vulnerable; the net effect would violate Democrats’ pledge to raise taxes on large companies.

The tax was not intended to hit the smaller subsidiaries that make up private equity portfolios, said Senate Finance Committee staff.

U.S. tax law treats private equity firms like partnerships, which generally pay taxes based on the returns of their owners. The intended target of the original language was large conglomerate firms, or “C” corporations.

The bill now heads to the Democratic-controlled House, which is expected to take up the legislation on Aug. 12.