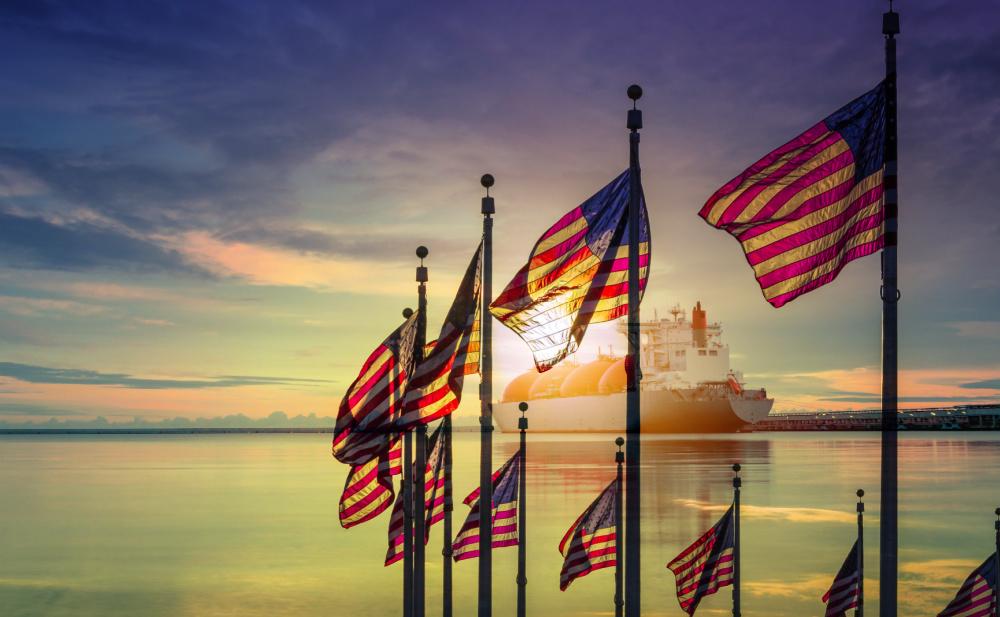 HOUSTON—While there is a lot of demand for LNG, uncertainty clouds the window of opportunity in North America.

The economics for an LNG project that is permitted, built and goes online can be attractive, but a number of hurdles could topple a project, experts said during Hart Energy’s recently held America’s Natural Gas Conference. Even so, a number of LNG projects in North America are nearing final investment decision (FID).

Demand for LNG is currently strong, but low investment in LNG since 2018 meant that “LNG supply was not poised to keep pace” with the demand that surged following the COVID pandemic, said Kristy Kramer, Wood Mackenzie’s vice president, head of gas & LNG markets, research. 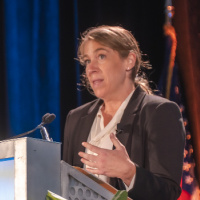 About a dozen LNG projects in North America are at various stages of development, according to Kramer.

“There’s a window of opportunity. More LNG is needed, but it is unlikely that all these projects will get to FID,” she said. “While [LNG] economics are attractive today, there’s a lot of uncertainty going forward.”

And that uncertainty, particularly around permitting, is problematic.

James Diemer, director for commercial and strategic analytics at Sempra Infrastructure, asked if companies would be willing to invest hundreds of millions of dollars in a project when there is “significant uncertainty” around the permitting process. “The answer is no,” he said.

Sempra’s Cameron LNG project in Louisiana has been onstream since 2019. Its three trains produce 14 million tonnes per annum (mtpa), and the company expects to reach FID next year on train 4, which would have capacity of 6.35 mtpa and go online in 2027, Diemer said. 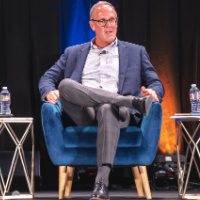 “It will be driven by the ability to get through permitting.”—James Diemer, Sempra Infrastructure

The company’s ECA LNG facility in Ensenada, Mexico, is under construction and expected to achieve first LNG in 2024. The first train has a capacity of 3 mtpa, and Sempra has trains 2 and 3, which would have a combined capacity of 12 mtpa, under development.

The two-train Port Arthur LNG project in Texas would have capacity of 12 mtpa and is under development. Sempra has pre-filed with the U.S. Department of Energy for two more trains, which would double that facility’s yearly output.

In Topolobampo, Mexico, Sempra’s Vista Pacifico LNG project is under development, and Sempra has obtained most of the necessary permits, he said. The challenge there, he said, is that the “region is extremely tight on gas supply” with limited pipeline availability.

“We’re the only LNG company with assets on both coasts,” which Diemer said helps manage some of the Panama Canal issues. 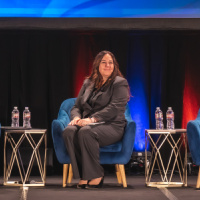 “We are doubling the storage and tripling the productivity, and there is room to grow.”—Deborah Gholson, BHE GT&S

“It will be driven by the ability to get through permitting,” James said. “Permitting is really going to drive this project.”

Deborah Gholson, gas development service adviser for Berkshire Hathaway Energy Gas Transmission and Storage (BHE GT&S), said the company is in the final stages of construction to expand its JAX LNG facility in Jacksonville, Fla., which has been online since 2018.

“We are doubling the storage and tripling the productivity, and there is room to grow,” she said. 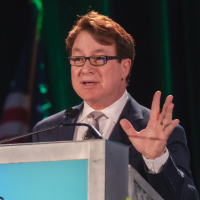 “We are basically a Qatari megatrain that can produce 7.2 mtpa capacity.”—Franc James, Penn LNG

The company’s Cove Point facility, in service since 1978, currently has 1.8 bcf/d of send-out capacity. It’s located in a conservation area.

“We were not allowed to use the land we owned,” she said. “We had to go up as opposed to going out.”

The Cove Point site’s 60-foot sound wall surrounds 20,000 tons of structural steel needed for the expansion, and it stretches up six floors in height.

“We are basically a Qatari megatrain that can produce 7.2 mtpa capacity,” he said.

Infrastructure is 99% in place for the Penn LNG project.

US Oil Rig Count Falls This Week by Most Since Sept 2021: Baker Hughes