Location is king when it comes to investing in real estate, and it is no different with oil and gas properties. Lately, it has been the drier locales that have done better than wetter ones. However, there is only so much dry land to work with, and the oceans are deep with potential. Harnessing the potential of deep water requires more time and more funds to realize that success than it does onshore. Just as some prefer steak over lobster, there are those who prefer both options.

For Hess, it is not an “either/or” decision, as the company views both onshore and offshore as its engines of growth. A quick review of the company’s website provides ample proof of focused intensity in the Bakken, the Gulf of Mexico (GoM) and Guyana. About 75% of its $2.9 billion capital and exploratory budget for 2019 is allocated to its high-return growth assets in the Bakken and Guyana, according to a press release.

“In 2019 in the Bakken, we plan to operate a sixrig program, up from a 4.8 rig average in 2018; drill 170 wells, up 42% from 2018; and complete the transition to higher intensity plug-and-perf completions, which is expected to generate a significant uplift in net present value and initial production rates while also increasing the estimated ultimate recovery of oil and natural gas,” said Hess COO Greg Hill in the release.

“In Guyana, 2019 will be the peak spend year for the Liza Phase 1 development, which is on track for first oil by early 2020,” he added. “We also will begin Liza Phase 2 development spending, complete the plan of development for Payara and advance frontend engineering and design work for future development phases.”

Managing these dual growth engines is a challenging feat. Never before has capability and expertise been more important when it comes to investing in deep water and unconventionals, according to Richard Lynch, senior vice president of technology and services at Hess. He shared his views on this and more as part of his remarks at the International Association of Drilling Contractors Annual General Meeting held in November last year.

The outlook for global energy demand is robust with population growth and increasing affl uence driving energy demand, Lynch said, citing data from the International Energy Agency’s (IEA) World Energy Outlook 2018. According to the IEA, the global energy demand is expected to grow by about 20% by 2040, adding that during that time the energy mix will change, with natural gas/renewables taking up a larger share. Also, global oil demand is forecasted to grow to about 105 MMbbl/d in 2040, up from about 92 MMbbl/d in 2014.

Meeting this future demand will require investment in onshore and offshore projects. Lynch said significant curtailment in upstream investment during the last five years has occurred as a result of oil prices, adding that investment is down by almost 40% since 2014. New deepwater projects were among the first to be delayed or canceled during this time. Now offshore projects are making a comeback, and the projects receiving the green light are much leaner and fitter than they were before. Only the best projects are moving forward, with breakeven oil prices in the $25/bbl to $40/ bbl range, according to the IEA’s 2018 Offshore Energy Outlook.

These lower breakevens—made possible through simplified designs, standardization, digitalization of offshore operations and more—are enabling an environment in which a significant near-term rise in offshore investment is essential to balance the market, according to the IEA.

The IEA estimates that $580 billion in investment is required every year to 2040, Lynch noted, adding that the total level of investment is more than $12 trillion. More than 50% of the future investment will be focused on the development of new oil and liquids supplies. As an example, Lynch said that keeping a constant liquids supply requires an additional 78 MMboe/d of liquids to be produced by 2040, while meeting future increases in demand requires an additional 97 MMboe/d.

Significant investment in natural gas also is needed, with the IEA projecting approximately 2% per annum rate of growth driven by Asian demand. Meeting these demands requires investment in more than just onshore resources, Lynch said, noting that almost $6 trillion of investment is required in offshore. The challenge is significant, as few companies are willing to venture into offshore, he said, adding that the world is going to have to invest in more than North American shale to meet future demand.

According to Lynch, Hess is one company that has continued to “keep the faith” in offshore. Lessons learned early through its involvement in offshore opportunities in the North Sea at South Arne, in the GoM’s Conger and Shenzi, and West Africa’s Okume and Ovang helped make the company’s recent successes at Tubular Bells, Stampede, North Malay Basin and Liza possible. The technical expertise developed through these projects transferred across all operating areas for the company, he said.

At Stampede, for example, the company delivered the largest undeveloped field in the GoM in about three years from sanctioning, about six months ahead of schedule and $800 million under budget. At North Malay Basin, the company delivered a three-phase gas development with up to 11 wellhead platforms, pipeline and an FPSO on time and on budget, about three years from sanctioning. Hess is now the region’s largest gas producer, providing 25% of Peninsular Malay needs.

The company continues its work with Exxon Mobil in Guyana on the more than 5-Bbbl development, with first oil at Liza scheduled for 2020 producing 220,000 bbl/d, he noted, adding that the area will see up to five FPSOs producing 750,000 bbl/d by 2025.

The company’s success in its operations is made possible through its application of and adherence to lean management techniques, citing significant reductions in drilling cycle times as an indicator. Through the application and reapplication of lessons learned at Stampede, the company realized a 37% reduction in well cycle times, and at North Malay Basin, it realized a 52% reduction, Lynch said.

On the onshore side, the company is applying and reapplying lessons learned to reduce drilling cycle times in its Bakken operations significantly. From 2010 to the first half of 2017, the company realized a 70% improvement in spud-to-spud times, from 50 days to just 15 days.

Innovations in technology, along with lean, helped to make these successes possible. Technology is changing exponentially and will continue to transform the industry and the world. By 2023 the computing power of one computer will equal one brain, he said, and by 2045 computing power will surpass brainpower equivalent to that of all human brains combined.

Meeting future energy demands will certainly require the capabilities, expertise and brainpower honed by decades of experience in all sectors. 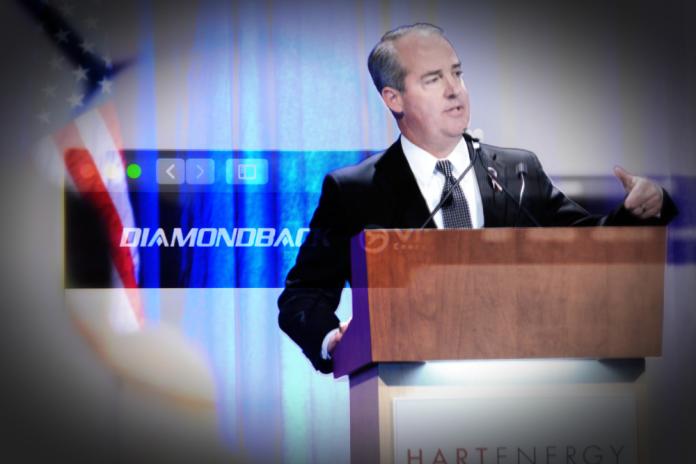 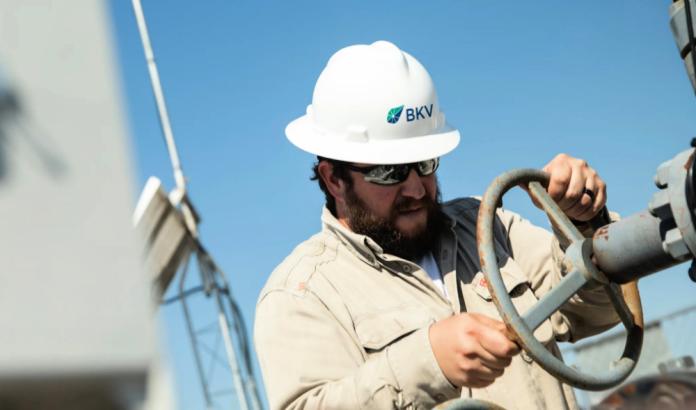