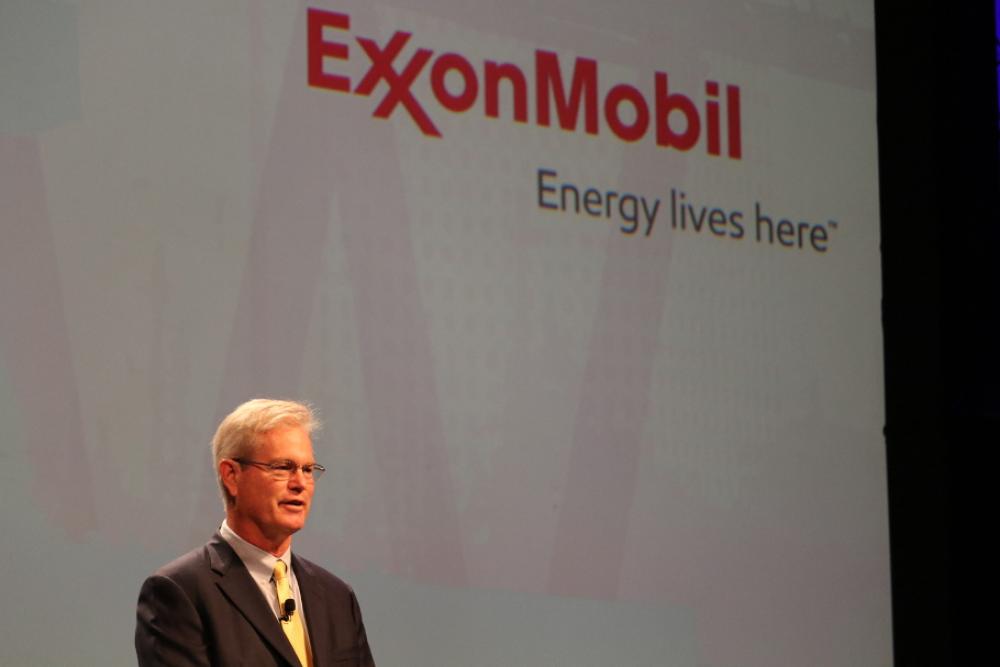 The health of the oil and gas sector and its ability to use improved technology to help meet the world’s growing energy needs relies on its lifeblood: geophysical data.

“Geophysical data are a part of everything that we do.”

“Geophysical data are a part of everything that we do,” Stephen Greenlee, president of ExxonMobil Exploration Co., told a roomful of people gathered for the opening session of the Society of Exploration Geophysicists International Exposition and Annual Meeting in September. Whether it’s picking a spot to explore, drill or bid on a block or deciding whether to continue an infill drilling program or sanction a project, “it all relies on geophysical data.”

Having a healthy and competitive geophysical industry is “the most important thing for us,” Greenlee said, pointing out the need to continue investing in capacity, stay competitive and continue to develop technology. “That is a key challenge that we all face.”

“When we look at these big multiclient surveys, when we look at proprietary surveys, it’s all about supporting those decisions that lead to a low-cost-of-supply portfolio.”

Getting paid to have fun

Greenlee started his career in Exxon Production Research in 1981, where he worked on some of the early studies of seismic stratigraphy, now called sequence stratigraphy. “It was one of the most rewarding jobs I’ve ever had,” he said. “Sometimes I wondered why they paid me.”

The job taught him the importance of taking the right technology and applying it to a business problem area. And keeping up with technology has its own set of challenges.

“It’s like trying to shoot a clay pigeon but looking in the opposite direction,” he said.

But the company has continually made it a point to apply technology wisely. It is currently shooting its third 3-D seismic survey over the play-opening deepwater Liza discovery offshore Guyana in the Stabroek Block, where there is up to an estimated 2.75 Bboe of gross recoverable resources. The project, which he said has breakeven supply costs that are competitive with the Permian, is “very geophysically intensive,” with mostly stratigraphic accumulations. He added that geophysics is playing a large role in the company’s ability to not only find but also commercialize and develop resources cost-effectively, competing with other low-cost-of-supply projects.

Greenlee, who also holds the title of vice president for ExxonMobil Corp., also pointed out the need for all types of resources to meet the world’s growing energy needs.

The world’s energy consumption is expected to grow by 28% to 736 quadrillion Btu in 2040 compared to 2015, according to the U.S. Energy Information Administration’s (EIA) International Energy Outlook 2017. Fossil fuels could account for 77% of energy use in 2040, with natural gas resources—including tight gas, shale gas and coalbed methane—being the fastest growing fossil fuel, based on the EIA’s projections. Petroleum-based liquids fuels also are expected to be the largest source of energy consumption.

So there appears to be plenty to do for what Greenlee called a “depletion industry. We have to find and develop more oil and gas to be able to just stay constant. To grow is even more difficult. …As we go forward into the future, 2040, to stay constant and grow slightly we need to almost replace the entire world’s producing base in terms of volume. That’s an incredibly difficult task as we look forward. It’s daunting.”

Unconventional and deepwater resources will likely be a crucial piece to meeting future energy needs. “North America unconventionals have changed all of our business models,” Greenlee said, later adding the economics are solid. Shale is so solid that many companies, including ExxonMobil, have shifted their portfolios toward North American shale, with interest especially high in the Permian Basin. But he said conventional plays and deep water make up 60% of Exxon’s portfolio mix.

ExxonMobil recently announced that it has added 22,000 acres to its Permian Basin portfolio since May through several trades and acquisitions, including from companies owned by the Bass family of Fort Worth.

“That doubled our Permian exposure to 6 billion barrels of resources. That’s a lot of resource,” Greenlee said.

He noted that the International Energy Agency puts the supply cost per barrel in the Permian at between $40 and $50, but ExxonMobil’s assessment is lower.

But it will take more than unconventionals and deepwater production growth to meet the world’s growing energy demand. Though technology oftentimes basks in the spotlight when the oil and gas industry speaks of its successes, improvement is needed, according to Greenlee.

“Today’s technology is not good enough,” Greenlee said. And he wasn’t just talking about a slide in his presentation that appeared to be clipped off at the top. “We have a big gap between what we need and what we’ve got right now.”

The process of finding data, building databases and interpreting data to make data-based products takes too long, Greenlee said. Technologies being developed today such as those involving geophysical data, acquisition, processing and computing will make a difference. He stressed the importance of staying on track and continuing research to deliver improved technology.

“We’re on the cusp of a revolution in our ability to access and interpret all of these data,” he said. “We need this because the risk profile is still not right for the kind of product that we have.”

He spoke about the difficulties of connecting technologies to business models. “There are very few people that really understand the breadth of technology that can be brought to any business model,” he said.

The challenges ahead are clear, but the solutions are somewhat murky.

“We have to replace the existing producing base. We have to develop those resources that are going to be the highest quality resources to satisfy the needs of society,” Greenlee told the audience. “The problems ahead of us are also very, very large. The path to solving those problems is not clear. So the work that you do is super important.”