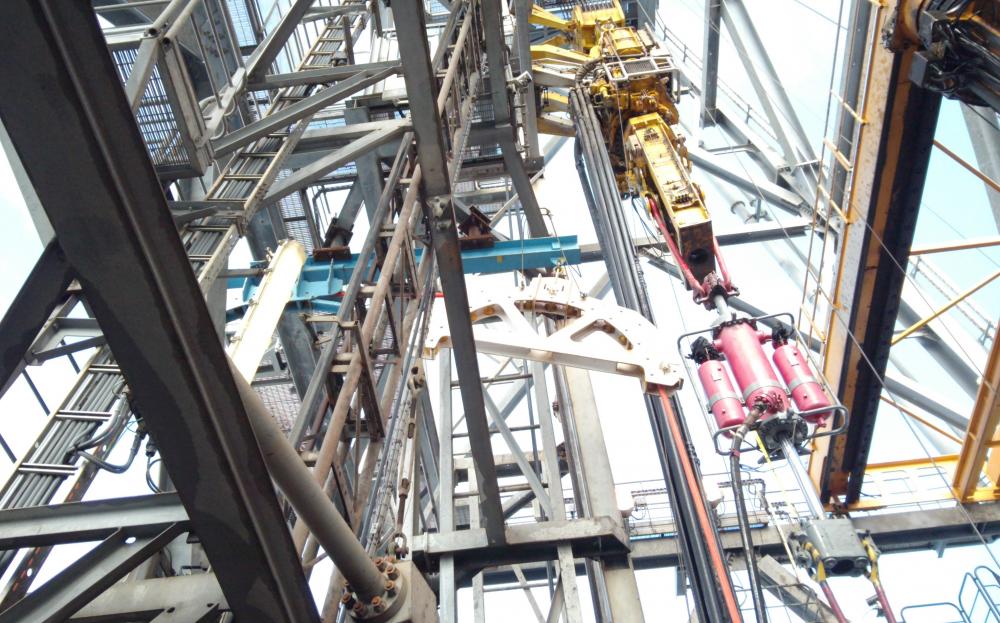 The DLC is a completely pneumatic system that was developed for landing and retrieving operations and other applications requiring the elimination of in-hole drillstring motion. (Source: NOV)

When discussing offshore projects, much has been said about how advancements in technology are enabling increases in efficiency and driving down per-barrel breakeven levels. These advances are critical, given persistent uncertainty around long-term commodity pricing and the need to increase profitability in a challenging market. An area of continued interest has been in developing systems that better address the impact of the environment on offshore vessels—specifically, how wind, loop currents and tidal changes affect operations.

As far back as the 1960s, ship heave motion was noted as a concern by the drilling industry, though at that point it was largely ignored due to the relative newness of deepwater exploration. From the 1970s, numerous equipment and technology developments were invented and used to address the various issues arising from improper (or a lack of) motion compensation on offshore vessels. In the late 1990s, Shaffer designed and sold a direct line compensator (DLC) to a major operator. After being upgraded to higher capacity on a full cylinder extension, the unit was eventually sold, and the company, now National Oilwell Varco (NOV), continued using it to protect offshore equipment from variable tensile and compression loads.

Technology
NOV uses the Shaffer DLC to isolate vertical movement resulting from heave, a problem especially prominent on offshore rigs without an active heave top drive, spars, tension-leg platforms and so forth. The DLC is a completely pneumatic system that was developed for landing and retrieving operations and other applications requiring the elimination of in-hole drillstring motion. The DLC is composed of a single compression-type air/oil cylinder pressurized by air/nitrogen pressure vessels. The compensation force (i.e., the pull on the hook) is determined by the magnitude of the system air/nitrogen pressure. As the drilling vessel heaves upward with wave action, the hook load moves downward, and the compensator cylinder is compressed. This downward hook motion is relative to the drilling vessel but is fixed relative to the seafloor.

As the hook extends, the air is transmitted through the 3-in. hose back to the pressure vessels. When drilling vessel motion is reversed, the air/nitrogen flows from the pressure vessels to the DLC cylinder, retracting the rod and hook. During operation, the DLC compensates for the hook load, and the only movement relative to the drilling vessel is that of the hook load and the cylinder rod. The traveling block, hose and cylinder assembly remain motionless relative to the vessel. Using the DLC, the driller also can increase, decrease or maintain at a preset level the drillstring weight by adjusting the compensator pressure. The DLC has a total compensating hook load of 650,000 lb, weighs 15,500 lb on the traveling block and operates with a 5-ft stroke.

Case history
An operator in the Gulf of Mexico needed to clean up paraffin and scale in two wells, with operations being conducted from a spar. The proposed plan required equipment that would help account for high and low tide cycle variations, ensuring motion compensation during well intervention and flowback operations. The solution also needed to improve safety during inclement weather and while conducting coiled tubing (CT) and slickline operations and pumping solvent. To meet this objective, the solution had to be able to increase, decrease and maintain a preset level of drillstring weight by controlling the DLC pressure. The operator also needed beams and clamps to support the CT reel and help with deck weight distribution as well as a swing arm crane for slickline and e-line operations. Finally, the chosen equipment would need to be able to be quickly rigged up from well to well to meet the operator’s expected time frame.

By thoroughly analyzing the project, NOV determined the correct product and service package to meet the operator’s needs. The Devin team installed the DLC equipment package, including an N2 compensation skid, to account for tidal movements and inclement weather by maintaining a constant hook height during vessel movement. In addition to the DLC, the team installed a 350-ton CT lift frame (CTLF) and CTLF stabilizer, bails, elevator, CT mini-track and adapter for the injector head, swing arms crane, and beams and clamps. The team also provided engineering drawings for all equipment installation and mobilized qualified compensation specialists and technicians to the rig to assist with the process as necessary. The benefit of onsite support was that the solution minimized the weight of the added intervention equipment and completion string as well as the creation of redundant safety measures in the event of an N2 failure and during normal well intervention operations.

Providing detailed procedures and engineering drawings helped the operator determine optimal equipment spacing, reducing the amount of rigup time typically involved in such operations. The team safely transferred the DLC/CTLF package and other well intervention equipment while skidding the spar 55 ft to the next well location, reducing rigup and rigdown time by about 36 hours, or 1.5 days, of rig costs. The beams provided better CT reel weight distribution on the pipe deck, while the custom clamps locked all equipment loads securely to the deck. The team helped safely flow back the first well before bringing the second well online to the production facility, with the DLC providing a primary means of compensation support for the entire spar on both wells. The total amount of time that the DLC compensated the spars was 40 days latched to sea bottom. The operator was extremely satisfied with the system, commenting positively on the professionalism of the NOV personnel involved and the improvements to safety and efficiency enabled through its use.

Conclusion
As the industry moves into 2020 and beyond, deepwater and ultradeepwater E&P activities are expected to slowly and modestly rise. While fluctuations in commodity pricing will certainly drive the volatility and cyclicality typical of these markets, it appears that declines in maturing fields and a subsequent need for new exploration will yield more wells and new project sanctions. In efforts to cut capex spending and improve efficiencies, operators will look to new technologies to help them overcome their unique challenges. Finding innovative ways to use existing technologies that have proven reliability through decades of operation will ensure ongoing relevance in more and more applications. 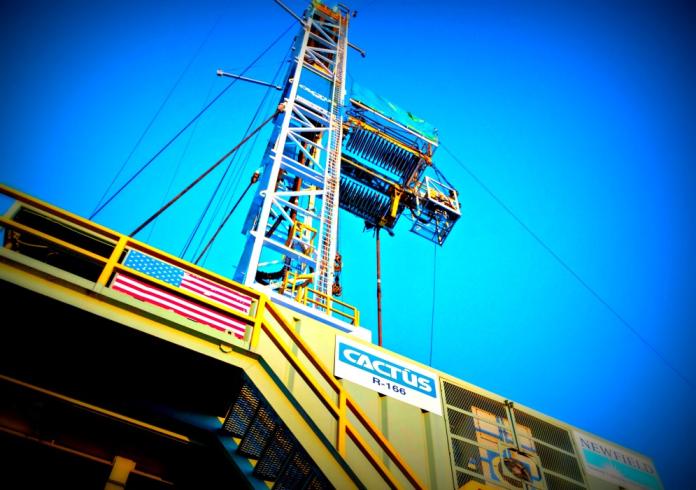