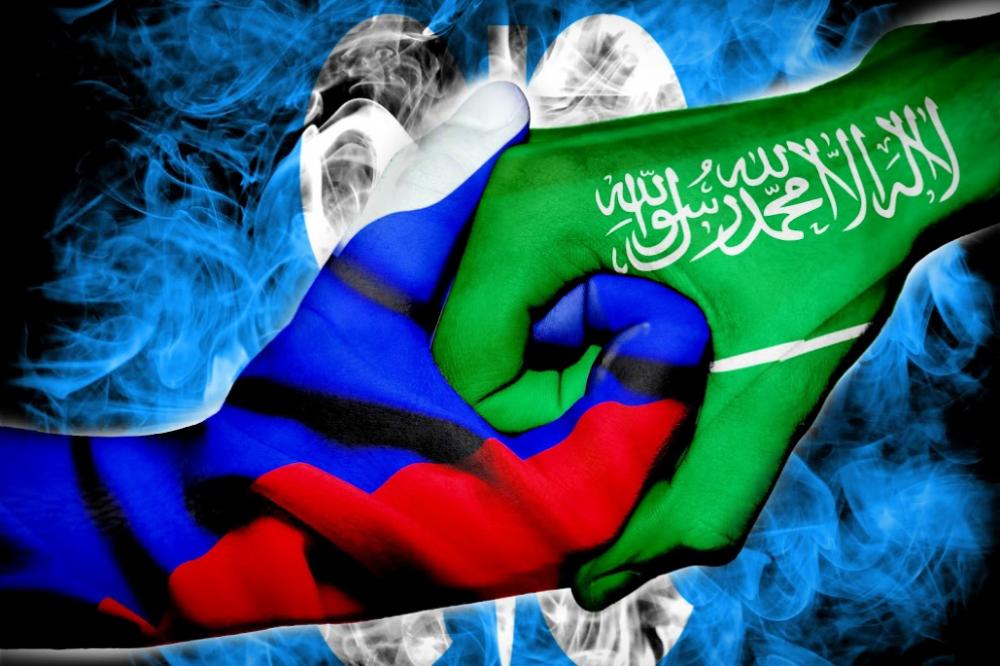 “This week has shown who the bosses are,” said Roger Diwan at IHS Markit, who noted that he believes Russia and Saudi Arabia clearly dominate the OPEC+ group. (Source: Shutterstock.com)

Iran’s oil minister has warned that the future of OPEC is in jeopardy over the growing dominance of Saudi Arabia and Russia in the cartel’s affairs.

The oil group and its allies are on course to extend production cuts of 1.2 million barrels per day (bbl/d) to next year, after Iran said it would not block a deal struck at the weekend between Russian president Vladimir Putin and Saudi Arabia’s de facto ruler, Crown Prince Mohammed bin Salman.

But Bijan Zanganeh, Iran’s oil minister, warned that the future of the oil producers’ group was in the balance as the Saudi-Russia alliance was increasingly sidelining traditional members.

“I have no difficulty with the extension of the cut,” Zanganeh told reporters on July 1 ahead of a meeting in Vienna where OPEC members agreed to extend the deal for a further nine months. “My problem is unilateralization”, which was “threatening the existence of OPEC … OPEC might die.”

His comments come as OPEC and its allies are struggling to support an oil price that is on course to average less this year than in 2018, despite U.S. sanctions hitting the output of OPEC members Venezuela and Iran and the group enacting additional production cuts.

Russia, which is not an OPEC member, has allied with the cartel since late 2016 as members try to adjust to growing supply from U.S. shale fields, which ended the $100-a-barrel oil era five years ago. Russia is expected to rubber-stamp the deal on July 2. (Update: OPEC+ group agreed to extend oil cuts until March 2020 at July 2 meeting.)

But in forging a close-knit relationship with Saudi Arabia, the largest producer in OPEC and Iran’s major rival in the Middle East, Moscow and Riyadh have been accused of mounting in effect a takeover of the group.

Addressing such concerns shortly before the meeting began, Saudi Arabia’s energy minister Khalid al-Falih said: “We are respectful of every member country but the fact of the matter is that Saudi Arabia and Russia are the largest producers”. Every member country, was in agreement with an extension to the production cuts and no member was “dictating” any course of action, he said.

After the meeting Falih said that OPEC countries’ commitment to the extension was “unequivocal”, adding that members had approved a mechanism for a “permanent” dialogue with Russia and allies outside the cartel.

Putin announced at the G20 in Japan at the weekend that he and Prince Mohammed had agreed the supply deal should be extended by six to nine months, essentially pre-announcing the deal before OPEC oil ministers could meet on July 1.

“This week has shown who the bosses are,” said Roger Diwan at IHS Markit. “It is clearly now a Russian and Saudi dominated group.

“In the OPEC organization, a number of countries clearly don’t have the weight they used to have . . . because of sanctions and production problems or domestic turmoil,” he added.

Signs the deal would be extended helped Brent crude oil, the international benchmark, up as much as 2.9% on July 1 to $66.75 a barrel, with markets also supported by an easing in trade tensions between the U.S. and China. But prices later fell back to trade flat on the day.

But oil continues to face significant headwinds, including fears of a demand-crimping global slowdown and the continued growth of output from the U.S., which has become the world’s largest producer with output more than doubling in the past decade to above 12 million bbl/d.

Oil has been supported this year by the Saudi and Russian-led production cuts of more than 1.2 million bbl/d and growing tensions in the Gulf, but has struggled to gain traction above $70 a barrel.

That level is below what Saudi Arabia needs to balance its budget, heaping pressure on the kingdom, as it tries to fund expensive reform program, ultimately to reduce its reliance on oil.

Falih had said he had backed an extension of nine months but faces a growing challenge to push prices higher. Saudi Arabia has cut its production to less than 10 million bbl/d—going far in excess of its agreed curbs with OPEC.

The kingdom has sacrificed market share in oil to support the price but has also become reliant on supply outages and U.S. sanctions against other OPEC members, including Iran, to stop a glut of crude re-emerging.

U.S. President Donald Trump has also leaned on the kingdom to keep prices in check, fearing that a damaging rise in petrol prices could hamper the U.S. economy and his 2020 re-election campaign as his administration intensifies pressure on Iran.

Zanganeh said the U.S. needed to “lift the sanctions against Iran” as a “necessary step” towards restarting talks over Iran’s nuclear program.