Investors will avoid the oil patch, we were told, until they become convinced that E&Ps are serious about financial discipline.

And they did, until they became convinced. Now, they’re back—big time.

An array of factors, including Russia’s invasion of Ukraine, underinvestment in the sector for the past five years and a tilt toward renewables, have propelled demand and, subsequently, price for fossil fuels in 2022, Michael Underhill, co-founder and chief investment officer of Capital Innovations, told Hart Energy. The resulting financial sheet bonanzas have not only allowed companies to return excess cash to shareholders but encouraged investors on the sidelines to join in, pumping up share prices.

The leading producers in the Permian Basin have benefited from this turnaround, but they are not the only ones. In the 12 months ended Aug. 31, the share of energy stocks on the S&P 500 Equal Weight Index rose 77.7% for equal weight and 75.8% for market cap weight, clobbering all other sectors (utilities were No. 2 at 13.1% and 11.7%).

An equal weight investing strategy diversifies investments broadly within a sector, as opposed to a market cap strategy, which favors larger stocks. So in this investing environment, there has been a pretty good chance of making serious money in the publicly traded energy space without restricting choices to the giants.

While its weight on the S&P 500 index was still only 3.7% as of the end of August, energy was the top performing sector over the preceding 12 months.

Despite sparkling earnings reports, big producers must grapple with inflation like everybody else. This has been a particular challenge for companies guiding long-term projects through a changing economy.

“We did a great job, certainly, during the pandemic, especially when you think about … longer projects that our global project group was executing, in terms of ensuring that we were at that point in time when we were in a deflationary environment,” said Kathy Mikells, Exxon Mobil’s senior vice president and CFO, during the company’s second-quarter earnings call with analysts. Exxon Mobil worked with service providers to extend contracts and revise schedules, she said, while positioning the projects to move forward rapidly when the market improved. 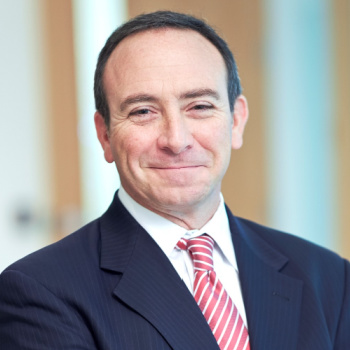 “After the near-death experience in 2015 to 2020, the Permian producers focused on financial discipline, focusing on return on capital on projects and company-wide, and other financial metrics, versus just production growth and, most importantly, including these financial metrics for executive compensation.”—Michael Underhill, Capital Innovations

ConocoPhillips, which pumped an average of 634,000 bbl/d of crude oil in the Permian during the second quarter, expected a 7% to 8% inflationary impact on the company for 2022, said Bill Bullock, executive vice president and CFO, during the second-quarter earnings call.

“Like everyone else, with our higher activity levels in the Permian, that’s where we’re experiencing the most inflation, what we’re watching, and we’re continuing to keep an eye on that,” Bullock said.

Midland, Texas, in the heart of the Permian Basin, is experiencing some of the roughest impacts from inflation in the country, according to a Moody’s Analytics report in May. The area is remote, so most goods must be transported there over long distances, which drives up prices in any economic climate. The city also suffered more than most from the COVID-19 pandemic, when the collapse in demand for oil forced a drastic reduction in its workforce. Filling positions in the oilfields as the industry booms means paying high wages to induce workers to return.

Concern about inflation in the Permian was echoed by Robert L. Peterson, senior vice president and CFO of Occidental Petroleum, during his company’s earnings call. Oxy will shift $200 million to its Permian operations in 2023 to account for the inflationary impact in the region.

In mid-September, Credit Suisse increased its price forecasts for Brent and WTI, citing inflation in the upstream supply chain and underinvestment in the sector. A mid-September research report noted that between 2015 and 2021, oil and gas project capex declined by more than 25%. The impact will be elevated crude prices and a curtailing of significant projects coming online.

It wasn’t the realization that fossil fuels were not, in fact, on the verge of irrelevance, nor was it the soaring revenue that accompanied skyrocketing commodity prices. Neither of these factors are particularly novel and they failed to spur investor stampedes in the past. The difference is the industry’s pivot from growth to free cash flow generation.

“After the near-death experience in 2015 to 2020, the Permian producers focused on financial discipline, focusing on return on capital on projects and company-wide, and other financial metrics, versus just production growth and, most importantly, including these financial metrics for executive compensation,” Underhill said. “They took operating costs out, lowered their breakeven oil/natural gas prices, reduced financial leverage (Oxy), increasing free cash flow and returned excess cash to shareholders via share repurchase and dividends.”

Vicki Hollub, president and CEO of Oxy, acknowledged the changed priorities when she discussed the primary reallocation of cash flow to shareholders instead of debt reduction. The company expects to repurchase $3 billion of stock by the end of the year, Hollub said during the company’s earnings call. The plan for 2023 is to return capital to shareholders through a common dividend. The plan relies on a $40/bbl price of WTI.

“Given our focus on returning capital to shareholders, it is possible that we may reach a point next year where we’ve returned over $4 per share to common shareholders over a trailing 12-month period,” she said.

Time to buy back

Nothing illustrates the transformation better than the reaction to this year’s massive revenue expansion. Companies resisted the impulse to “drill, baby, drill” in favor of “distribute, baby, distribute.” Not as catchy, perhaps, but from the perspective of investors, a strategic improvement.

“The companies have continued to maintain financial discipline through the upturn in oil prices, which has reassured investors that they will not make the same mistake as before by escalating capital spending too fast,” Underhill said. “This is a big difference versus previous cycles and investors have rewarded this strategy by oil producers with higher stock valuations, which has reinforced these disciplined strategies.”

Devon president and CEO Rick Muncrief was not shy about pointing this out during the company’s earnings call: “The first call on our free cash flow is the funding of our fixed plus variable dividend.”

Devon expects to pay out about $5 per share, an 8% yield, this year, which ranks it No. 5 on the U.S. News list, the highest-yielding stocks in the U.S. market. No. 1 on that list: Pioneer Natural Resources Co., the Permian producing powerhouse with a yield of 10%, or $8.57 per share.

Even the mighty Permian Basin can endure headwinds, and Underhill’s list includes: lower demand from a potential recession, a stronger U.S. dollar, lockdowns in China, ever-present geopolitical volatility and the release of crude oil from the Strategic Petroleum Reserve, which he expects to end shortly before the midterm elections in November. However, Underhill expects these to be under control by the end of first-quarter 2023. As long as E&Ps stay on track, they can expect to be rewarded.

“We expect the producers to continue the focus on financial discipline until they get the tacit approval from investors to increase capital spending given the higher oil/natural gas prices,” he said. “We expect the producers to be measured in providing both shareholder friendly actions such as dividend hikes and share repurchase, special dividends combined with disciplined growth in capital spending.”