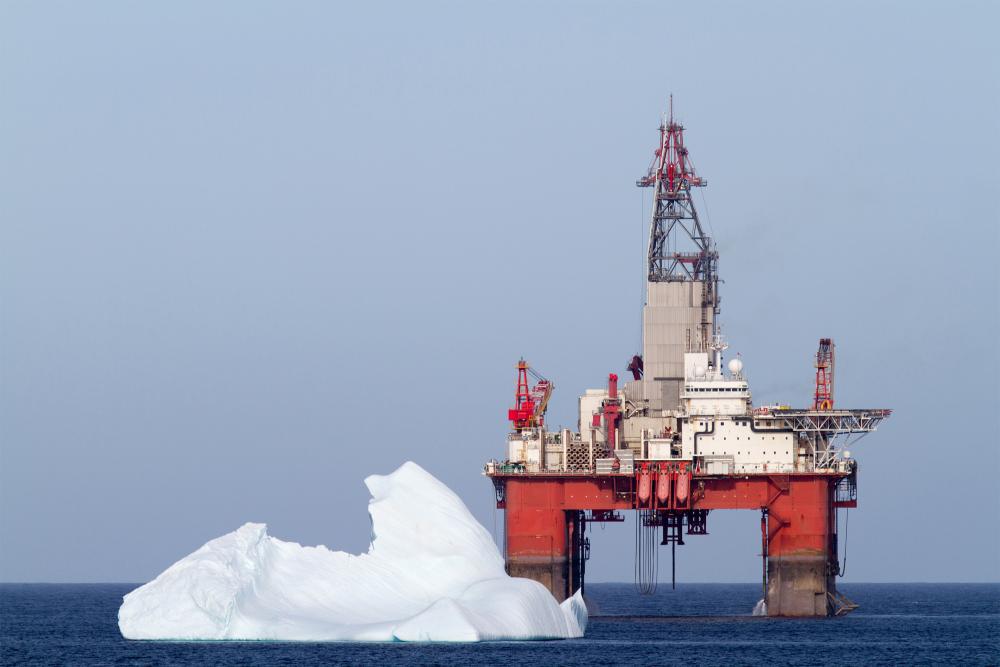 The low oil price has intensified the industry’s focus on improving oil recovery and reducing costs, but while these initiatives have been in the spotlight, somewhat in the shadows is a vital body of work that is advancing technology to improve operations by mitigating risk.

Over the past eight years, there has been considerable investment in spill response and containment technology development that has brought about significant advances. Out of these initiatives have emerged some noteworthy new products and some very interesting R&D efforts that are aimed at managing unplanned hydrocarbon discharges in new and exciting ways.

This JIP is described as the most extensive to date to focus on enhancing the available tools, extending their capabilities with new strategies and systems and providing a better understanding of operating windows for each tool. The overarching goal was to achieve a higher level of industry preparedness. This included not only developing a better understanding of the spill and containment options available but investing in training that will equip personnel with the knowledge and skills to respond quickly and effectively in the case of an incident. 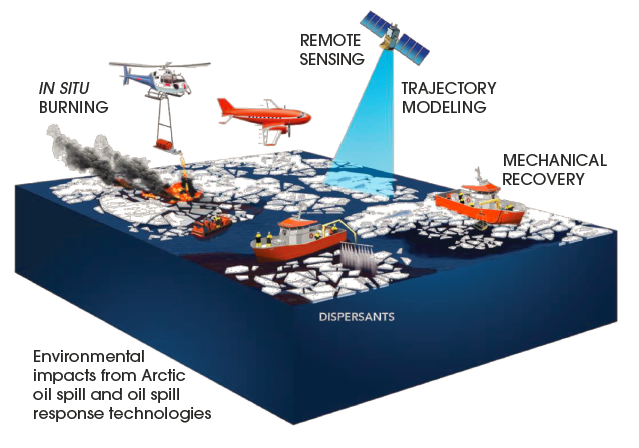 Concluded in 2017, the JIP published a summary of the results of five years’ work that included achievements in assessing and characterizing spill and containment tools and providing responders the flexibility to apply the most effective tools to control the source of a spill as rapidly as possible.

Work on dispersants included behavior assessment of dispersed oil in a range of Arctic offshore conditions. Oil type, dispersant type, water salinity, turbulent energy level and ice concentrations were tested in varying configurations, resulting in information that will improve future contingency plans and lead to better realtime responses based on scientific data that reflect how dispersants are likely to perform in different scenarios.

An evaluation of ISB options resulted in the development of a new integrated aerial delivery system for herding and burning slicks, expanding the application of herders to open water, evaluating potential herder toxicity and the creation of a new engineering concept for a higher capacity, longer-range aerial ignition system. According to the summary, this effort has introduced a new rapid-response capability independent of surface support, improved effectiveness in responding to unplanned releases in remote areas and provided greater confidence in the operational performance and environmental acceptability of herders.

The JIP also used results from laboratory and field tests along with modeling studies to improve understanding oil frozen in ice, how microbiology reacts to oil in ice and what the exposure potential is to sea ice ecosystems. According to the summary, this work filled an important knowledge gap, demonstrating that there are no significant environmental effects on the sea ice ecosystem as a result of oil, oil mixed with dispersant or ISB residue frozen into the ice surface.

The group’s trajectory modeling work centered on supporting development of high-resolution ice drift models that outperformed existing models in pack ice environments both in high-ice concentration areas and marginal ice zones. A significant step in making the new models available internationally was the insistence that ice model outputs be provided in internationally accepted data exchange formats. The result is that the two most commonly used behavior models can efficiently import data from a range of ice models to provide more accurate predictions of oiled ice movements in a range of ice conditions.

Remote sensing test programs undertaken by the JIP resulted in better understanding of relative sensor capabilities and their strengths and weaknesses in oil and ice situations above and below the ice. Collected data were used to create a first-of-its-kind graphical field guide that outlines 12 oil and ice scenarios, complementing work by others that summarizes best practices and available sensors for remote sensing in open water.

Interestingly, in assessing mechanical recovery options, the JIP concluded that substantial improvements through design and engineering were unlikely and that using technological advances in other fields could prove more beneficial.

Some tangible results of spill containment and response efforts within the industry have emerged in the form of new tools entering the market. Among the newly introduced solutions is a subsea well capping technology, Offset Installation Equipment (OIE), that was launched in March by Oil Spill Response Ltd. (OSRL). The result of a joint effort among OSRL, Saipem and members of the Subsea Well Response Project (SWRP), the technology is designed specifically for scenarios where direct vertical access to a wellhead is not possible. The OIE enables well capping or related equipment to be installed quickly at a safe distance from a release or spill, considerably reducing the time it takes to cap a well or stop a critical blowout.

According to the company, this is a first for the oil and gas industry, introducing equipment that can be deployed up to 500 m (1,650 ft) from an incident site and can work at 75 m to 600 m (250 ft to 2,000 ft) water depth. OIE is fully compatible with OSRL’s capping equipment, which creates an end-to-end capping and containment solution suitable for almost all subsea scenarios.

Each of the member organizations has trained, experienced personnel who understand the capabilities of the system and can operate the OIE during an incident. At the conclusion of the SWRP, the IOGP through its Well Experts Committee will work with OSRL to ensure stakeholders gain awareness of OIE’s capabilities as part of promoting global adoption of good practices.

In a press release publicizing the offering, OSRV explained the components: Aptomar’s radar and infrared camera identifies and produces an overview of the oil slick, Maritime Partner’s high-speed vessels pull booms provided by NorLense into place, and the Framo TransRec Oil Skimmer System recovers the oil onto a vessel. One of the benefits of the OSRV is that any one of the partners can organize a complete turnkey solution. 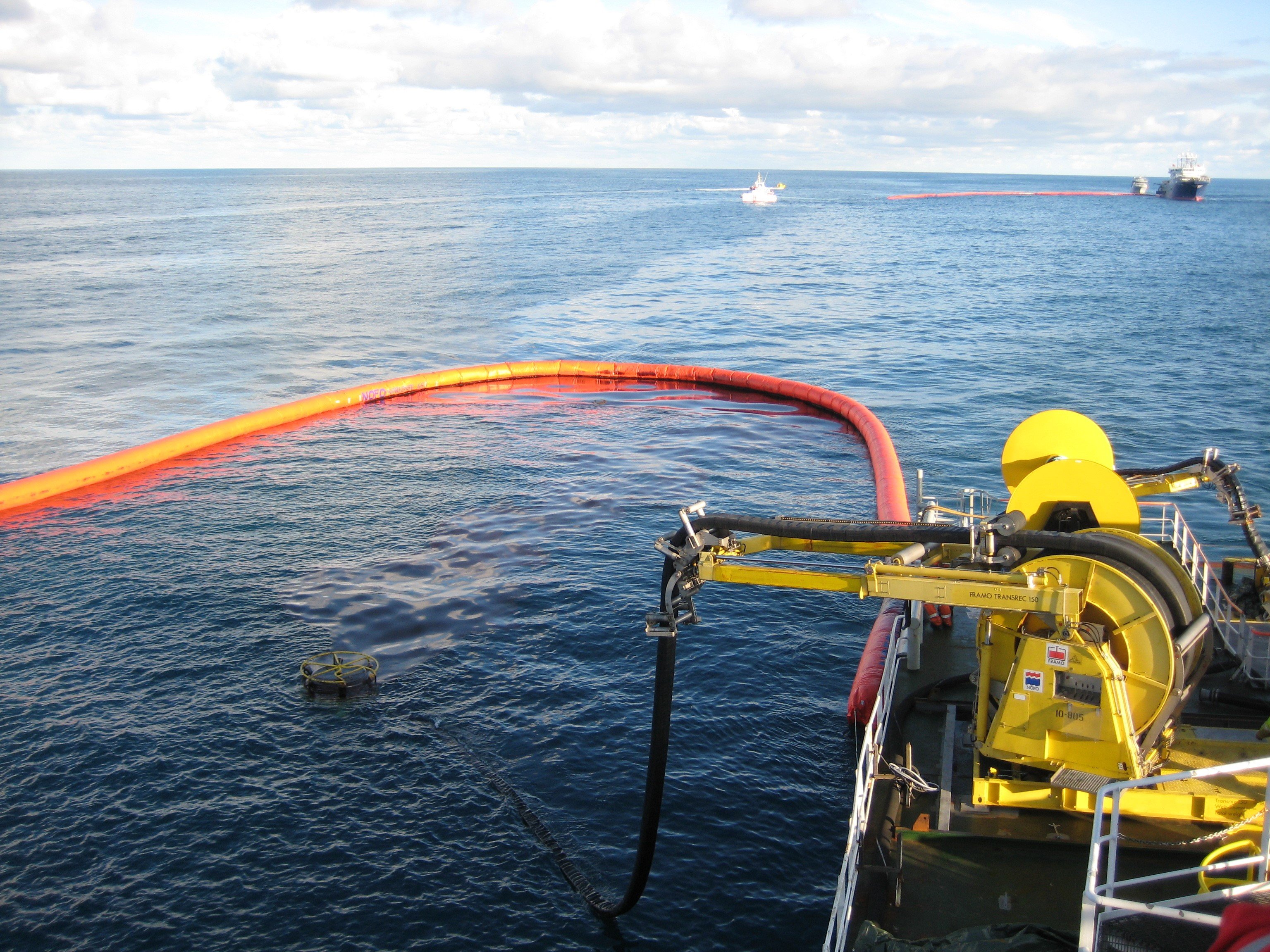 An ounce of prevention

An interesting program at the University of Houston (UH) is looking for ways to predict when a drilling rig is at risk for a potentially catastrophic accident. In December 2017, UH announced that the National Academies of Sciences, Engineering and Medicine has provided a $1.2 million grant for the project—one of six initiatives in the Gulf Research Program of the National Academies to develop new technologies, processes or procedures to improve the understanding and management of systemic risk in offshore oil and gas operations.

The particular focus of this research is gas kicks. A team of university researchers is working with the oil industry to develop new ways to develop ways to monitor the flow of gas and other hydrocarbons, applying fundamental science and engineering processes to predict when a catastrophic event might occur and to develop new methodologies to monitor the process.

The work will involve modeling using advanced computing to better understand what happens—and under what conditions—as gas moves up the drillpipe to determine how to predict when the gas buildup poses a danger.

Thinking outside the box

Additional research efforts are looking farther down the path, developing ways to recover oil if an incident cannot be prevented. For the most part, these are “academic” achievements at present, but they illustrate the scope of innovative thought and the potential value that can be derived from looking at problem-solving from a different perspective.

One of these interesting technologies is a substance known colloquially as “frozen smoke,” a hazy blue aerogel. Developed in the U.S. nearly 90 years ago by a Stanford University researcher, aerogel is the world’s lightest solid. It is an open-celled material made up of more than 99.8% air, according to NASA. An Austin, Texas-based company called AeroClay LLC is using this same substance to create a low-density exceptionally absorbent material that can trap either oil or water, depending on its chemistry. Visionaries anticipate booms made with aerogel being used to absorb oil. An interesting characteristic of aerogel is that once the material is saturated, the absorbed oil can be extracted and reclaimed.

The Pennsylvania State University also has developed an absorbent polymer material that reportedly has demonstrated the ability to soak up 40 times its own weight in oil. The polyolefin-based petroleum superabsorbent, developed by a professor of materials science and engineering, was trademarked as Petrogel by Houston-based OsComp Systems Inc. (now Hicor Technologies), which owns the trademark and commercialization rights. In addition to being exceptionally oil-absorbing, Petrogel, like aerogel, can release absorbed hydrocarbons.

Meanwhile, researchers at the University of Michigan have developed a special filter coating that can strain oil out of water. While conventional surfaces absorb oil, this combination of polymer and nanoparticles creates a surface that repels oil and attracts water. To test the coating, researchers soaked small scraps of polyester in the coating solution and cured them with ultraviolet light before exposing them to multiple oil and water mixtures. The material functioned with 99.9% efficiency.

Technology has been an enabler for offshore oil and gas development and continues to be the foundation upon which the industry builds its future.

The efforts that have gone into spill prevention and containment have produced solutions and prospective solutions that have the potential to reduce the risk of unplanned hydrocarbon releases and mitigate the environmental effects of such releases by rapidly recovering oil that could otherwise damage sensitive ecosystems.

The willingness to look beyond what is possible today and to envision how nascent technologies might be applied to resolve offshore challenges will be a differentiator for the industry.

Sanctions would target companies providing help to the project, including ship upgrades and insurance. 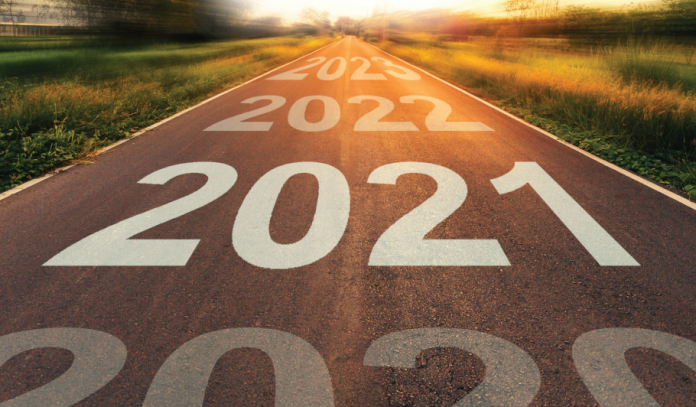