UK
An appraisal well has been planned by Rathlin Energy Ltd. in the onshore U.K. petroleum exploration and development license 183 in East Yorkshire. According to the company, the well is designed to test two targets with gross contingent resources of 5.3 Bcm (189 Bcf) (31,500 boe) at the West Newton A-1 gas discovery. The appraisal well at West Newton A-1 has two objectives—appraise the Kirkham Abbey gas discovery and test a deeper Cadeby Formation reef flank oil prospect. The reef flank Cadeby oil prospect has a gross prospective resource of 79.1 MMboe.

UK
Equinor has announced results from the Verbier appraisal well 20/05b-14 on the U.K. Continental Shelf in the North Sea. It was drilled to 3,784 m (12,415 ft), and based on preliminary observations during drilling, the well did not encounter Upper Jurassic sands as anticipated. The current resource estimate is 25 MMboe. The well results will be integrated with the processed data from the 3-D seismic survey acquired in 2018 to evaluate the upside potential for further Verbier appraisal activity. A large part of the mapped area of the Verbier discovery, located to the northwest of the 20/05b-14 well remains untested. Additional resource potential also has been identified in a deeper horizon beneath the Verbier discovery.

Bulgaria
An exploration well offshore Bulgaria has been scheduled by Shell Oil Co. in the 1-14 Khan Kubrat Block in the Black Sea. The block has a planned depth of 1,300 m (4,265 ft). Exploration in the offshore area is part of an effort by the country to end its dependence on Russian gas.

Israel
Energean Oil & Gas announced results from offshore Israel exploration well Karish North 1. Preliminary analysis indicates the initial gas-in-place estimate is between 28.3 Bcm and 42.4 Bcm (1 Tcf and 1.5 Tcf) in a high-quality reservoir in the B and C sands. It was drilled to 4,880 m (16,010 ft) and hit a gross hydrocarbon column of up to 249 m (817 ft), and a 27-m (88-ft) core was recovered to surface. Further evaluation is planned to refine resource potential and determine the liquids content of the discovery. The well will be deepened to evaluate the hydrocarbon potential of D4 Sands. After operations are completed, the drillship will drill three more Karish Main development wells.

India
Vedanta Ltd. announced an oil discovery at exploration well H2 in Block KG-OSN-2009/3 in the Krishna-Godavari Basin offshore India. According to the company, multiple reservoir zones were encountered within the Mesozoic sequence between 3,310 m and 4,026 m (10,859 ft and 13,209 ft) with hydrocarbon indications during drilling and downhole logging. A drillstem test was performed in a zone at 3,403 m to 3,431 m (11,165 ft to 11,256 ft). Further appraisal drilling and testing are planned to establish the size and commerciality of the oil discovery in the Mesozoic sequence. The first exploration well in the block, A3-2, was completed as a gas discovery. Evaluation is ongoing based on the results from A3-2 and H2 and will help finalize the prospect.

Australia
Santos Ltd. has successfully completed the Moomba South Patchawarra Formation Phase 1 appraisal program in South Australia’s Cooper Basin. The Moomba South Phase 1 appraisal program has confirmed a significant gas resource and resulted in seven new wells now producing in the basin. The program also successfully targeted two new plays in Granite Wash and Fractured Granite, which have the potential to add significant new resources. Testing of both plays resulted in stable gas flows to surface. The Granite Wash has recently shown to be a proven producing horizon on the flanks of the Moomba North Field. The majority of the Moomba South appraisal wells penetrated this interval and improved the overall understanding of this play. A number of the appraisal wells have been tested and have fl owed stabilized gas rates from intervals of elevated gas shows through Granite Wash. Stimulation and testing of the Fractured Granite in one of the eight wells also has demonstrated stable gas flows to surface.

Papua New Guinea
Oil Search Ltd. announced results from the Muruk 2 appraisal well in the petroleum development license 9 joint venture in Papua New Guinea’s Highlands Province. According to the company, the venture has confirmed an extension of Muruk Field. A drillstem test in the Cretaceous Toro Sandstone reservoir has confirmed the presence of gas in the Toro A reservoir, with a similar composition to that tested in Muruk-1 ST3. Pressure data from the appraisal indicate that the gas is on the same pressure gradient as that in Muruk-1 ST3 and confirms the extension of the field. The Muruk 2 well is a step-out and was drilled to the northwest of the discovery well; it penetrated gas-saturated Toro A sands in pressure communication with Muruk-1 ST3. Additional fl ow testing is planned followed by an extended shut-in period to allow pressure buildup, which will assist in constraining the gas resource volume in the Muruk Field.

New Zealand
OMV has scheduled an offshore New Zealand well in the Great South Basin offshore the Otago coast. The company is planning to drill three wells and up to seven appraisal wells in the program. OMV is targeting gas deposits and possible condensate in Tawhaki. OMV acquired its two permits, blocks PEP4863 and PEP50119, in the Great South Basin in 2018 from Royal Dutch Shell. 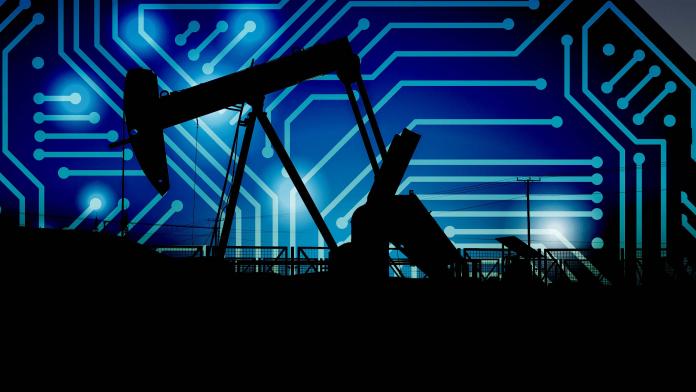 Tech giant says it will honor contracts, but pulls away from energy partnerships following the release of a Greenpeace report.