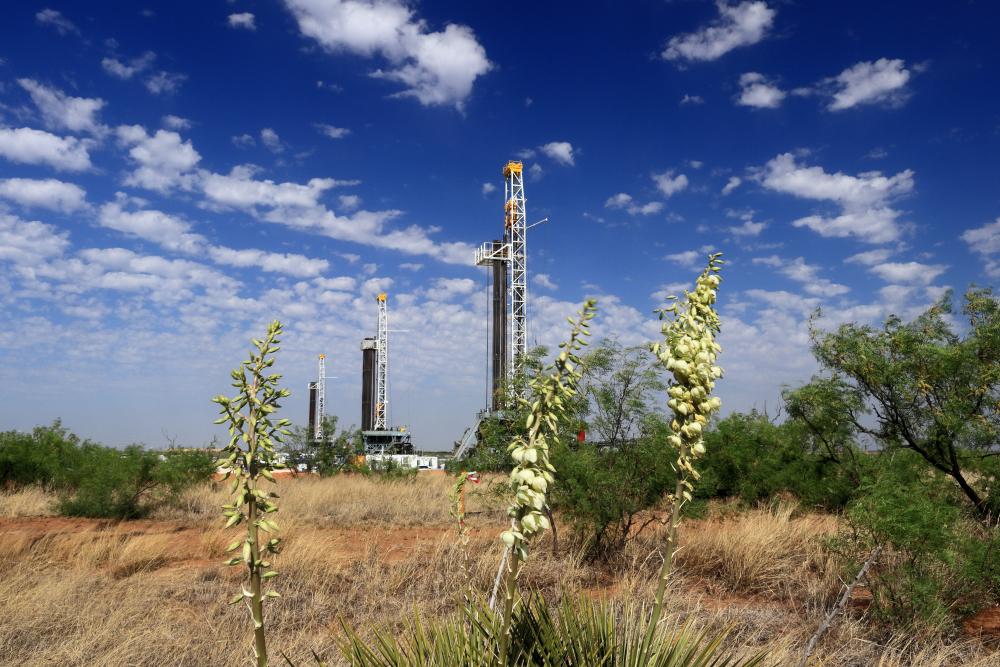 Oil production in the Permian Basin is expected to reach about 3.43 million barrels per day in September, according to the U.S. Energy Information Administration. (Source: G.B. Hart/Shutterstock.com)

The powerful Permian Basin is still going strong, despite infrastructure constraints and lower crude prices in the region, as top operators plan to invest more and an abundance of drilling locations provide room for future growth.

But some operators are faring better than others when it comes to new production per well and overall breakevens among other benchmarks in the Delaware.

Top E&P performers and hot trends in the biggest oil field in the U.S. was the topic of a recent Rystad Energy webcast featuring Veronika Akulinitseva, a senior analyst for the consultancy group. Insight on upstream analytics from the shale play was delivered as the nation’s oil output—led by the Permian—passed 10 million barrels per day for the first time in decades, according to the U.S. Energy Information Administration.

Production in the Permian Delaware is expected to reach 2.6 million barrels of oil equivalent per day (MMboe/d) this year and jump to 8 MMboe/d by 2025. Oil accounts for most of the production.

“Producers in the Delaware are boasting impressive well inventories with large upsides from multi-stack opportunities and downspacing potential,” Akulinitseva said. “EOG [NYSE: EOG], for example, is estimated to hold over 11,000 well locations in the Delaware with Shell [NYSE: RDS.A] and Anadarko [NSYE: APC] coming close with nearly as much inventory of wells.”

Rounding out the top five are Devon Energy [NYSE: DVN] and Concho Resources [NYSE: CXO], which boosted its well inventory when the company completed its acquisition of RSP Permian in July. The acquisition made Concho the largest pure Permian producer, followed by Pioneer Natural Resources (NYSE: PXD) and Diamondback Energy (NYSE: FANG).

“In general looking at the number of wells companies in the Delaware hold it becomes obvious that the play has a huge potential for future growth given a reasonable price environment,” Akulinitseva added. Since fourth-quarter 2017 “Delaware drilling activity trends above 700 wells per quarter,” having ramped up significantly from a year earlier.

The top 10 Permian Delaware players—led by EOG Resources in terms of new production per well—spudded just less than half of all wells spudded in the basin during the first half of the year, she said, noting other operators also made significant contributions.

Spending is also rising, as many companies spoke of during second-quarter 2018 earnings calls. Rystad estimates that D&C spending in the basin will hit $46.6 billion in 2025.

“In general, nearly all top operators are set to show double-digit growth in investment in the coming years,” Akulinitseva said.

Big spenders include EOG Resources, which she said plans to spend about $1.8 billion on drilling and completion (D&C) this year and more than $2.8 billion in 2020. Following EOG is Chevron Corp. (NYSE: CVX), which plans to spend more than $1.7 billion this year. Exxon Mobil Corp. (NYSE: XOM) is set to deliver the biggest increase in spending as it works to triple its Permian production by 2025. Rystad figures show Exxon’s spending in the Permian rising from about $379 million in 2018 to more than $1.6 billion in 2020.

But more spending doesn’t necessarily equate to more production. Looking back at second-quarter updates on 2018 capital budgets, Akulinitseva pointed out that “while capital budgets for the year were increased by 8%, there was only about a 1.4% increase in guided oil production volumes.

“A large part of investment is in fact attributed to service cost inflation rather than acceleration of drilling and completion activity,” she said. “However, the majority of unconventional capital expenditure is still planned to be directed to a larger number of long lateral completions and facility buildouts. Importantly many of these wells are expected to contribute to production only during 2019.”

Most players increased oil production guidance during the second quarter.

“Producers like Jagged Peak Energy [NYSE: JAG], Matador Resources [NYSE: MTDR] and QEP Resources [NYSE: QEP] forecasted the highest increases, ranging between 8 to 12% relative to their original guidance,” Akulinitseva said. “All of them reported greater than planned performance of the wells underpinned by continued increase in drilling and completion efficiency.”

Turning to top Permian performers, Rystad analysis indicates EOG is the most active in the basin, having spudded more than 300 wells and completed nearly 280, Akulinitseva said.

“Even though Chevron ranked second by investment in 2018 it ranked quite low on the number of recent drilled and completed wells,” with 95 wells spudded and 92 completed in the last 12 months, she said. “The company has quite a large share of nonoperated activity that is included in the budget.”

“We see Concho Resources, for example, ranks among the best companies by most dimensions,” Akulinitseva said.

With an average lateral length of about 7,879 ft, proppant intensity of 1,758 pounds per foot (lbs/ft)and fluid intensity of 48.4 barrels per foot (bbl/ft), Concho’s D&C cost was about $1,068 per foot, according to Rystad’s analysis. The D&C cost was second to Occidental Petroleum’s (NYSE: OXY) $723 per foot.

“Nevertheless the company’s [Concho] recent wells show nearly the highest new production per well, [1,734 boe/d] leading to an overall breakeven oil price of just $36 per barrel, which is below the average of around $40 in the play,” Akulinitseva said.

“Some other operators also showed similar performance in the Delaware,” she added. “For example Cimerex Energy [NYSE: XEC], which ranked next to Concho in nearly all dimensions with a lower production per well and higher well cost, managed to show the lowest wellhead breakeven among its peers” at $16 per barrel, trailed by Mewbourne and WPX Energy (NYSE: WPX).

Of the top operators in the Delaware, Rystad analysis showed:

Last year, Norway’s parliament approved temporary tax incentives to spur oil and gas investments, triggering promises by Equinor and others to accelerate development of existing finds to bring them on stream.

Australia’s Explorers Step Up Hunt For Oil After Big Find