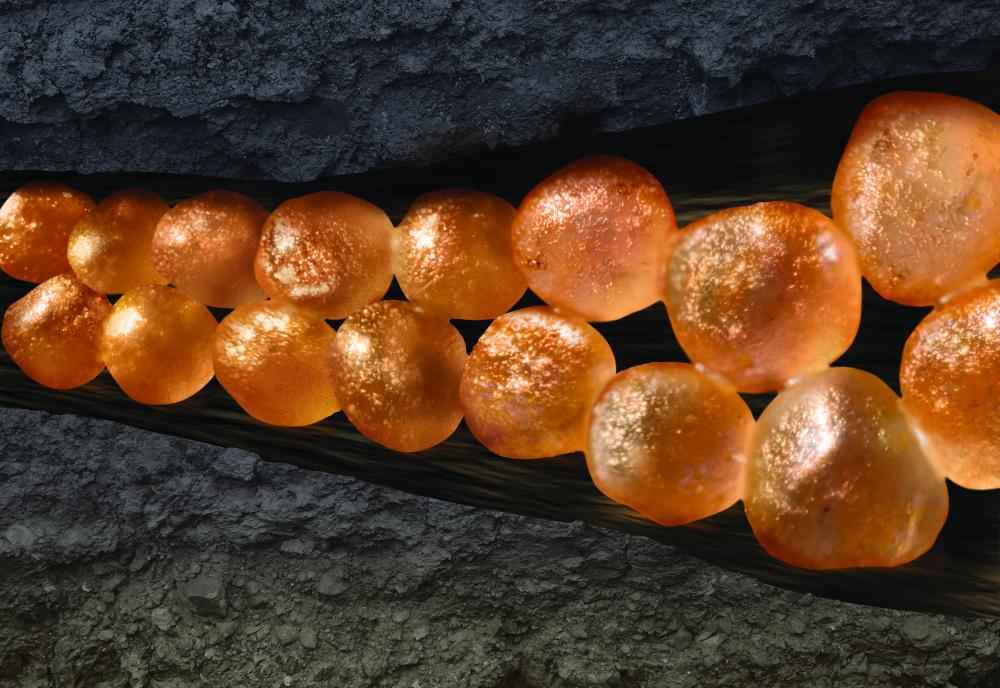 The wettability of the proppant is another factor that should be considered for fracturing treatments in oil and liquids-rich reservoirs. Traditional proppants are hydrophilic in nature and attract water to the surface of the proppant. This water can block pathways for oil to flow, resulting in underperforming wells. In addition, if a proppant’s surface is entirely oleophilic, it would attract oil to the surface and a clear production pathway would not be achieved.

By altering the surface chemistry of the proppant, it is possible to create a proppant that is not inherently hydrophilic or oleophilic. The neutral wettability allows an increase in relative permeability to oil in the proppant pack. A surface-modified resin-coated proppant (RCP) was developed that demonstrates improved oil rates in laboratory testing. These results were confirmed by field production studies throughout North America.

To test the effect of proppant surface wettability, a laboratory test was developed at Hexion’s Oilfield Technology Center. The process was as follows: proppant was packed in a glass column and saturated with water. Laboratory oil was then added and gravity was used to displace the water that was in the proppant pack. Once the water was displaced by the oil, the oil flow rate through the proppant pack was recorded. The oil flow rate was calculated from the volume of laboratory oil collected over time. Measurements were taken to determine how much was retained by the proppant pack. Care was taken to ensure that the median particle diameter of the proppant was consistent for all tests.

Several curable resin systems were designed and tested. Oil flow rates were compared to conventional RCPs. OilPlus proppants (Figure 1 above) were the result of this research and are the first proppants specifically designed for fracturing treatments in oil and liquids-rich reservoirs. These proppants have shown almost double (91% increase) the oil flow rate of conventional RCPs in laboratory testing.

The advanced resin technology has yielded years of enhanced oil production in all the major shale formations of North America. It provides higher flow rates compared to traditional RCP, ceramics and uncoated sand. This technology increases proppant pack relative permeability to oil. With the new proppant technology, water does not cling to the surface of the proppant. This allows a clear path through the proppant pack, resulting in increased hydrocarbon flow compared to traditional proppants.

An operator in South Texas was challenged to increase oil production while reducing the cost per barrel of oil. The dataset in this case study contained 27 wells, including 10 OilPlus proppant wells and 17 direct offset wells with another curable RCP.

All wells were completed by a single Eagle Ford operator in Karnes County, Texas, and were drilled to 3,505 m (11,500 ft) true vertical depth with a 1,311-m (4,300-ft) horizontal length. The operator used 5 million pounds of 30/50 mesh proppant and 40/70 mesh proppant with a 15% tail-in of OilPlus proppants or conventional RCP in all wells. Slickwater/crosslinked hybrid fracture fluids were used in all wells. 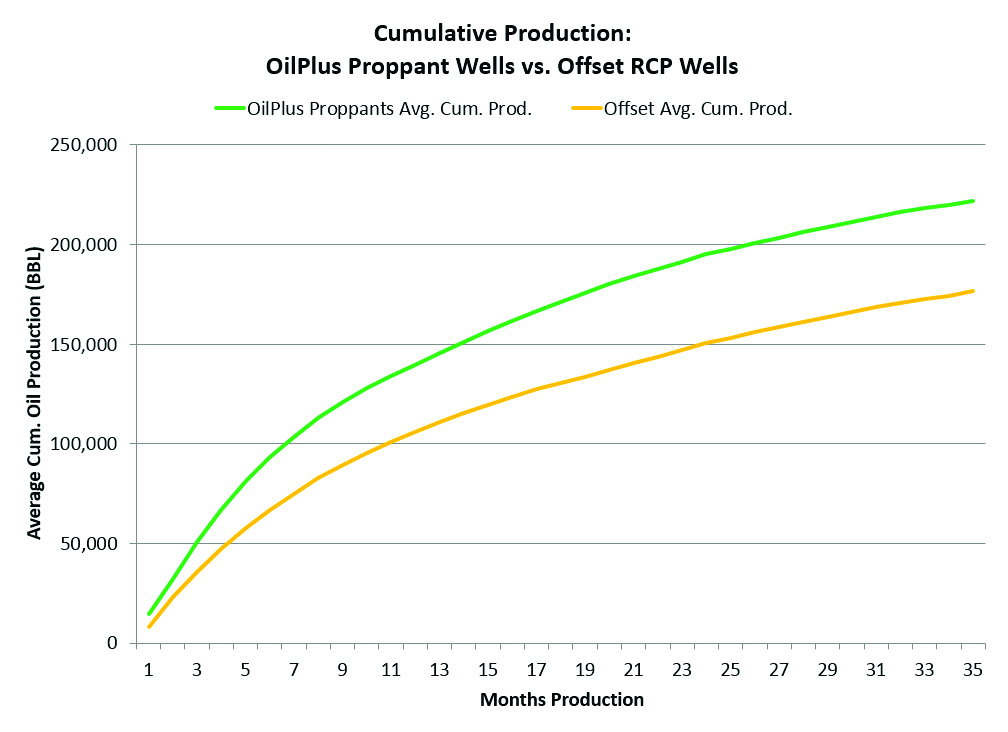 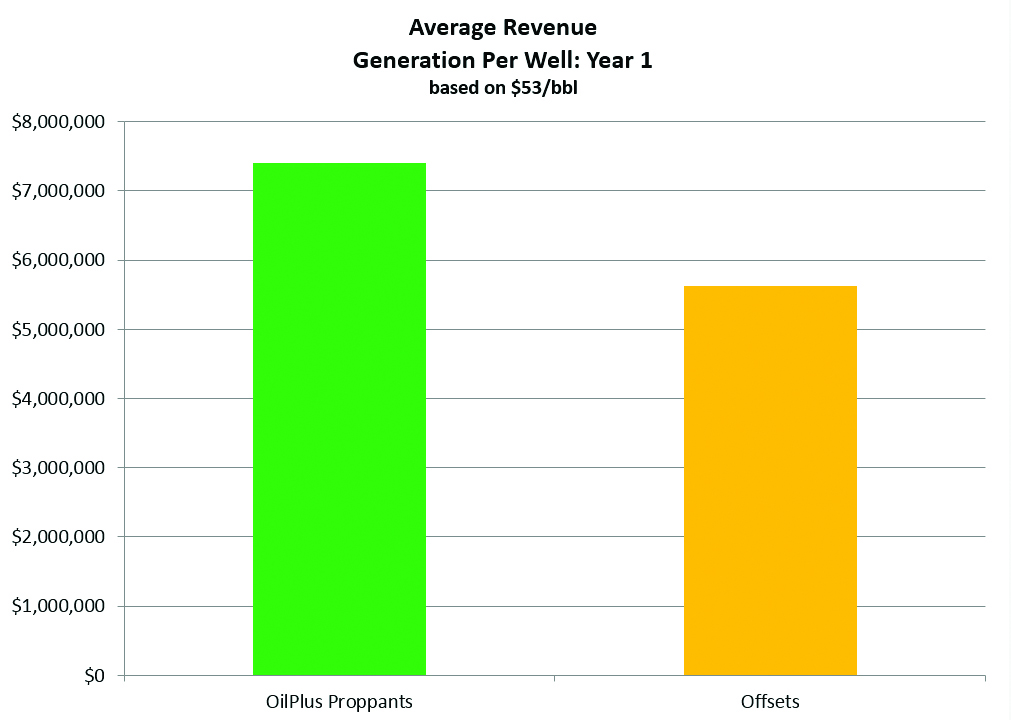 The challenge for operators is how to operate effectively in a low oil price environment. Oil- Plus proppant provided higher oil flow rates in laboratory testing and in the field. This advanced resin technology increases the proppant pack’s relative permeability to oil, resulting in increased flow of hydrocarbons. This advanced RCP has helped yield three years of enhanced oil production in the Eagle Ford Shale as compared to a conventional RCP used in direct offset wells.

The Lake Charles LNG project, led by Energy Transfer LP and Shell US LNG LLC, has issued an Invitation to Tender (ITT) on May 3 to U.S. and international consortia to bid for the engineering, procurement and construction (EPC) contract to convert Energy Transfer’s existing LNG import facility in Lake Charles, Louisiana to a proposed large-scale LNG export project.

With prices low, now is the time to invest, says Wood Mac expert.