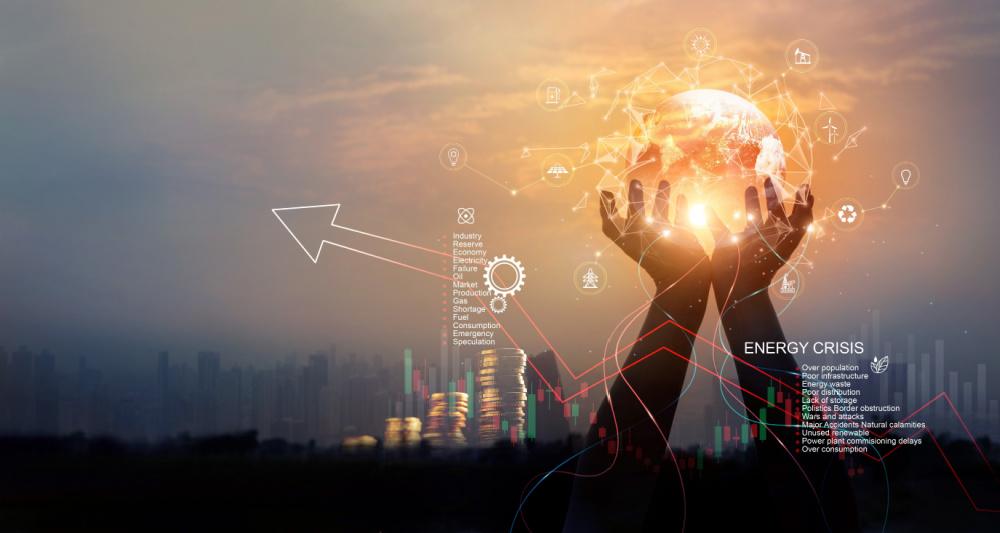 “Immediate and ambitious action” is necessary to reach the emissions target over the next eight years, according to the IMF. (Source: Shutterstock.com)

The global economy will need to reduce greenhouse-gas (GHG) emissions by 25% relative to current levels by 2030 to have a chance to “avert catastrophic climate disruptions,” the IMF said last week in its October 2022 World Economic Outlook report titled ‘Countering the Cost-of-Living Crisis.’

Such a push will inevitably involve some costs.

“Immediate and ambitious action” is necessary to reach the emissions target over the next eight years established in the 2015 Paris Agreement among 193 countries to limit global warming by the end of the century to well below 2 C, and preferably 1.5 C, and achieve net-carbon neutrality by 2050, according to the IMF.

Such action will call for a combination of a sustained and large increase in GHG emission taxes, regulations on emissions, and large investment in low-carbon technologies, the agency said, warning that efforts needed to be taken in both developed and developing economies.

“Advanced economies cannot accomplish the needed reduction alone; large emitters in emerging markets also have to step up the pace of their emission reduction activities,” the IMF said

Russia’s invasion of Ukraine earlier this year has had severe impacts on the global economy, most notably reflected in higher energy costs and inflation.

While there are inevitable costs to be assumed and absorbed by the global economy, they will remain manageable and are dwarfed by the innumerable long-term costs of inaction, the IMF said.

The speed at which electricity generation can transition to low-carbon technologies is estimated to put costs at between 0.15 and 0.25 percentage point of gross domestic product growth and an additional 0.1 to 0.4 percentage point of inflation a year with respect to the baseline, the Washington-based IMF said if budget-neutral policies are assumed.

“To avoid amplifying these costs, it is important that both climate and monetary policies be credible. Stop-and-go policies and further procrastinating on the grounds that ‘now is not the time’ will only exacerbate the toll,” the IMF said.

“So far, countries have collectively failed to honor their pledges, and the relentless rise in emissions following the agreement has made achieving the 1.5 C target extremely difficult,” the IMF said.

Countries around the world are grappling with some form of climate change ranging from extended periods with less rainfall in the U.S. to an increase in intensity and frequency of hurricanes in the Caribbean.

In the case of the U.S., the Washington-based Energy Information Administration (EIA) announced on Oct. 6 that energy-related CO₂ emissions in the country would rise by 1.5% in 2022 before declining 2.3% in 2023 to just under levels seen in 2021.

“Temperatures are set to rise further, and the adverse consequences are understood to be nonlinear;” the IMF said in its economic report, adding that “every increment of warming raises the risk of crossing ‘tipping points’ that would push the global climate system into abrupt and irreversible changes.”

Limiting global warming as set out in Paris “would mean an unprecedented acceleration in mitigation efforts, but one that is crucial to limit the extent of damage to the Earth’s climate system. Unfortunately, such a regime change in climate policy remains elusive in almost all countries,” the IMF concluded.