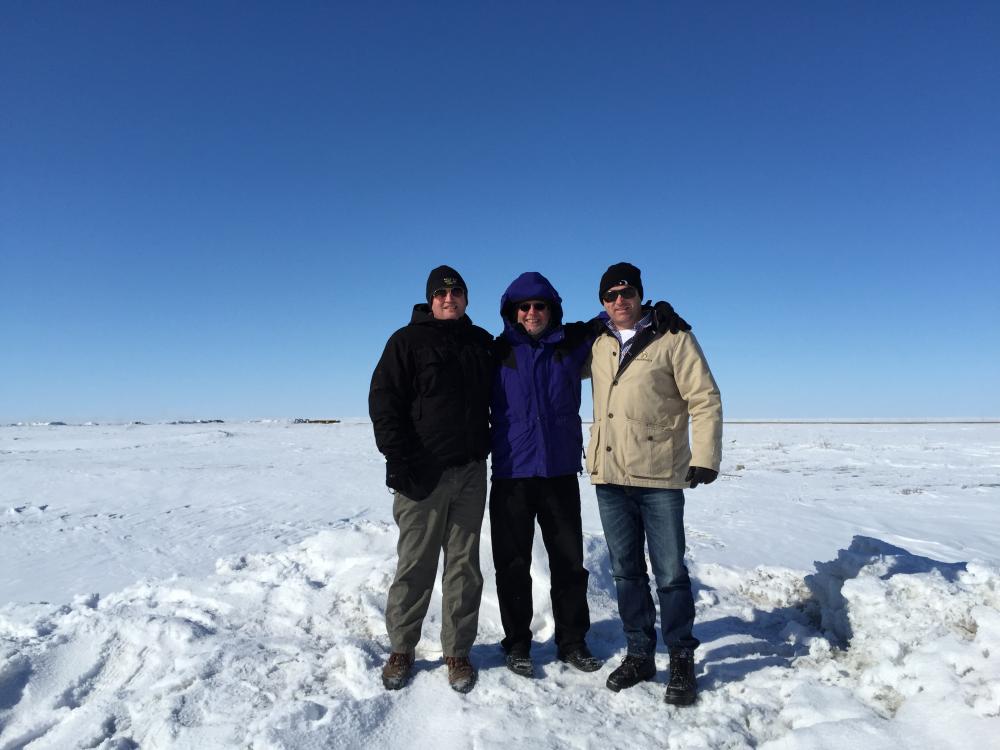 It’s a long way from West Perth to the frontier plains of Alaska, where 88 Energy will soon spud its first well in an endeavour that has more to do with serendipity than Sarah Palin’s rallying cry, “Drill, baby, drill”.

If Palin was still in office in Juneau, chances are that 88 Energy managing director David Wall would be hunting oil prospects in other parts of the world. Palin, the one-time U.S. vice presidential hopeful, had hiked the effective tax rate from 30 per cent to 75 per cent, giving little incentive for exploration during her tenure as Alaska’s governor.

“Palin changed the tax so that it became a progressive tax. It was more on producers than explorers, but there weren’t the tax breaks available for exploration. This resulted in a very high rate of tax for producing companies, which in turn discouraged exploration efforts,” Wall said. “Her concept was sound in some ways, as it generated a lot of tax revenue at a time when the oil price was increasing. But, it meant that, while the rest of the world was experience a renaissance in activity due to the high oil prices, Alaska became unloved.”

Wall’s journey to the pointy end of the drill bit on the North Slope, close to the Ice Truckers Road highway—with the bonus of a pipeline traversing 88 Energy’s 100,000-acre permits—was inspired by a series of fortunate events and perfect timing. Even tumbling crude oil prices late last year conspired to aid 88 Energy’s cause in a project dubbed “Icewine”.

“We were in the right place at the right time with the wrong oil price, otherwise we would not have this project,” Wall said. “By rights, a small startup company out of West Perth shouldn’t really have this project. But through serendipity and a mutual contact, and then the oil price falling away, we were able to do a deal and pick up the blocks.”

That was in November 2014. The company acquired an 87.5 per cent working interest and operatorship of the onshore acreage and paid a US$500,000, non-refundable deposit, before raising $6.9 million in February to fund the balance.

“We were able to pick up a very large piece of acreage at very low cost, 100,000 acres at about US$30 to US$40 an acre. That’s very low, so you can get a big project at frontier acreage prices. There are no commitments. We have a 10-year lease, which is very long, and a low royalty rate of 16.5 per cent, compared to opportunities in the Lower 48 [states],” Wall said.

In tandem with Houston-based Burgundy Xploration, the joint venture identified conventional and unconventional plays. It was able to expedite Icewine after conditionally securing US$50 million in funding from Bank of America.

"This is a project that can attract capital in a low-oil-price environment, because you are getting such excellent bang for your buck,” Wall said. “The optionality around spending a very small amount of money to get access to what could be a billion barrel oil prize in a shale play is still attractive to investors, even in the current investment climate.”

88 Energy’s shares gained 15 per cent on the ASX and climbed 17.25 per cent on AIM in the wake of the deal. Wall told investors the company planned to spud as early as possible in order to take advantage of a “globally unique fiscal system in Alaska,” which allows up to 85 per cent of exploration spend to be rebated in cash.

“The costs on the North Slope have come off by about 25 per cent across the board. Around the world, it is probably more like 30 to 40 per cent for some services,” Wall said. “But what that means is that in places like Alaska, where it is quite expensive to operate, you get up to 85 per cent of your money back in rebates. Then, if you reduce that by 25 per cent again, it is probably the cheapest place to explore in the world.

“The only cost that is not deductible is the land acquisition. Pretty much everything else associated with drilling is deductible and when they do their deductions in Alaska, instead of deducting it off your taxable revenue so that you get a tax credit, they actually give you back physical cash, even if you are not producing.”

That means 88 Energy get 85 per cent of its exploration expenditure back in cash next year.

“What they’ve done in the statute is make that cash transferrable, so the actual credit application is a transferrable item that you can give or sell to someone else, which means that a bank will loan against it,” said Wall, explaining 88 Energy’s ability to raise finance in a tough trading market.

Wall described the process of operating in Alaska as, “far less onerous than drilling a well in Western Australia”.

“In the Lower 48, they may complain it takes a long time to get things done in Alaska, where it may take 6 to 8 months to get a well permitted to drill,” he said. “In Western Australia, it probably takes 12 to 18 months, on average, and then you have rig availability issues as well.”

Buoyed by Houston oil and gas money, Basinski was gearing up to acquire a big slice of North Slope acreage he had previously identified using his unique prospecting methodology. When the price of oil began deflating in late-2014, Basinski’s U.S. backers got cold feet and pulled out, leaving only 88 Energy onboard.

“The project has been identified by the guy who was instrumental in identifying the sweet spot in the Eagle Ford. Using the same methodology, he has put this project together,” he continued. “It could have huge potential, and we would have to spend very little money to test it. The optionality associated with the project is unlike any project I’ve seen in the last 10 years, and I’ve looked at a lot of projects as an analyst.

“We’ve had the funny situation where we’ve had all these things come together in a positive way, and then it’s been offset by the oil price crash and a very negative sentiment in the sector, even now we’re bouncing off the oil price lows by over 30 per cent. Understandably, elements of the market are still pretty nervous around the volatility associated with the oil price.”

Wall said that when you factor in everything, Alaska is hard to knock. It is underexplored, despite being home to the largest conventional oilfield in North America, Prudhoe Bay, which is 17 billion barrels recoverable.

“There is infrastructure that we sit on top of, the road and the pipeline system, which runs through our acreage. Around 11 miles to the south is Pump Station 2, which has never been utilised, but is still in operating condition. That gives us options to either truck oil 35 miles north to Pump Station 1, where Prudhoe Bay feeds into the pipeline, or build a pipeline down to Pump Station 2,” he said.

Alaska is the only U.S. state that can export oil under current legislation, although most crude is shipped to California where cargoes yield almost a $10 premium to West Texas Intermediate (WTI). That only adds to Alaska’s appeal, according to Wall.

“If you export into Southeast Asia, which has been done recently as well, you actually get a premium to Brent of about US$5 to US$6, which is close to a US$16 premium to WTI,” Wall said. “We will get premium pricing for our product compared to the Lower 48 states, unless they change their export laws as well.”

Subject to a successful drilling campaign, 88 Energy is banking on breaking even at around US$55 Brent for an unconventional campaign and US$35 for a conventional operation.

“In Texas, your break even for unconventional oil is quite a bit lower. For the sweet spots in the Eagle Ford, for example, you are probably looking at US$40 to US$45, but that is WTI pricing,” Wall said. “We need to have a comparatively better project to compete with the best part of the unconventional projects in the Lower 48, because it is more expensive to operate in Alaska. But, we do believe we have got something that is exceptional.”

“So the plan is to drill the vertical well and analyse the core, shoot seismic and then, based on results of those two, determine whether we want to come back and drill a horizontal well with a multistage fracture stimulation,” Wall said. “Or, if there’s a really large conventional target, we might choose to drill a vertical test or do both. That will be a function of access to capital, what the market wants us to do, whether we can farm it out and things like that.

“We are not trying to bite off more than we can chew, which I think has been the problem with some others who have gone to the North Slope—not only Australian companies, but also U.S.-backed companies. We’ve seen some failure on the Slope because of that,” he continued. “We’re trying to do something that is a little more phased in our approach, which is drill this well, get some core data, shoot some seismic and then look at next steps. We think that is a lower risk approach with a lower cost.”

It’s a remarkable odyssey that has taken Wall and 88 Energy from the searing heat of Western Australia to the hot play of America’s icebox.

“It’s always serendipity, networks, people; they’re the things that position you to get access to these types of opportunities,” Wall said. “But, you’ve got to be in the right place at the right time, and then you’ve got to capitalise on the opportunity. So that is our next step.”