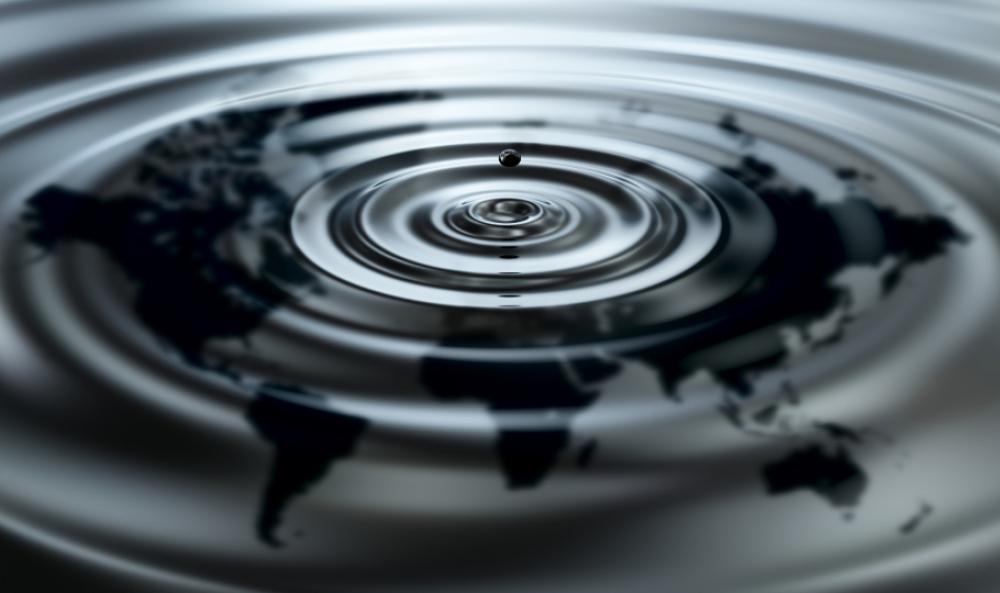 HOUSTON—With economic cash engines in bountiful U.S. shale plays like the Permian Basin, Eagle Ford, Marcellus and the Bakken, why would a Dallas-based oil and gas company leave home where production levels are regularly shattered to explore internationally?

For Hunt Oil Co., a private E&P with assets spread across the globe, it’s about opportunity.

“For us, the answer is really simple. It offers a great opportunity in a less competitive landscape with the potential for significant discoveries as we go forward,” Mark Gunnin, president of Hunt Oil Co., told a crowd gathered Feb. 13 for the NAPE Business Conference.

While few could argue against U.S. unconventionals being a driving force in the industry today, the world has more to offer. The company learned this more than four decades ago when it first ventured into the North Sea before later spreading its wings to Yemen, where the company has produced more than 1 billion barrels of oil.

Hunt Oil has assets in Peru, where it owns and operates the only LNG export facility in South America and produces—with a partner—about 1 billion cubic feet per day of gas and 90,000 barrels of liquids. The company has more plans in store for the South American country, having recently signed three new exploration agreements.

Add to this Romania, where Hunt Oil is gearing up to chase deep oil prospects, and the Kurdistan region of Iraq, where Gunnin said the company signed a contract a day after its petroleum law was passed in 2007. Today, Hunt Oil is producing about 10,000 barrels per day in the Kurdistan region and hopes to double that this year, he said, before turning to Yemen.

“[Yemen is] our large international discovery to date, noticeably 30 years ago, and we produced over a billion barrels from there,” he said. “We recycle 12 Tcf of gas during that project and ultimately we have participated, as a nonoperator with Total, in an LNG project that this gas is still the feedstock for.”

The company maintained its international presence when the market downturn forced many to stick closer to their home and opt not to pursue international exploration. Oil and gas companies drastically cut back spending, slashing exploration budgets and shelving projects until market conditions improved.

“The steady cash flows that we can get from our conventional assets really provide a buffer for us in times of volatile prices,” Gunnin said, noting the company was still able to grow its production despite reducing its capex budget by 90% from 2015 to 2017, compared to 2012-2014.

Most of the Hunt Oil’s conventional assets are international.

The company is bullish on conventional production and believes that is what is needed to develop significant upstream resources. The shrinking field of international players only expands the number of opportunities for small- and mid-sized independents with the technical know-how and financial backing to chase global prospects, according to Gunnin.

But the company, which he said has always been a wildcatter, is mindful of the risks it tasks. With a goal of finding “through the drill bit step-change resources,” Hunt Oil is focused on oil-weighted potential and gas-serving premium markets, he said.

“We’re looking to build around the areas we understand, where we have core institutional expertise that allows us to react quickly,” he continued. These include places where there are stable fiscal and regulatory regimes, where the company can apply new technology or lessons learned elsewhere, potential upside and plenty of acreage.

“We may not have an elephant in our sights when we get there, but we at least want to have the ability—based on acreage that may be available or acreage that we control—to at least get a wildebeest out of it,” Gunnin said.

As an international explorer, it is important to understand opportunities and the rocks but it is also important to know what to avoid. That said, he still added that companies wanting to pursue international exploration should be open to opportunities “out of left field. A number of the best projects we’ve ever been involved in we're not on our radar.”

At present, Hunt Oil doesn’t have its sights on deep water, Southeast Asia or the Arctic, but it has areas of interest in Mexico, North Africa, the Middle East and the Andean region of South America among other areas.

“It’s easy to run around the world chasing the next new deal. But what that leads to is distraction, a lot of time in data rooms and not a lot of deals and drilling,” Gunnin said. “We’ve really refined our strategy in the last handful of years to focus on mature basins for the most part within oil-proven provinces and to build around areas where we have expertise.”

He left with some advice for those in the crowd considering international exploration. He encouraged them to have a plan and focus, have an entrepreneurial mindset and embrace the unexpected.

“If you decide that this is an area that you want to pursue, … you have to have your hook in the water if you want to land the fish. That means it’s a butts on airplanes profession where you’ve got to be around the world. You’ve got to build these relationships and build a strong regional presence where people know you, they appreciate you and they want to do business with you,” Gunnin said. “In a lot of these places, it’s as much about relationships and trust as it is anything else. So, do that but focus in on an area where you understand the rocks.”

Those words could serve as helpful advice for those attending NAPE, a conference that bills itself as a place “where deals happen.”