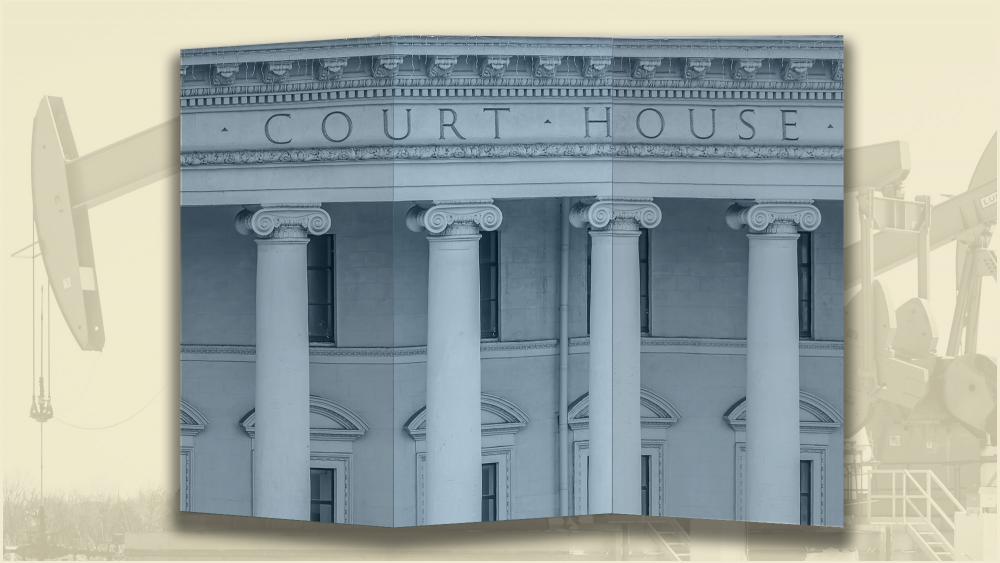 [Editor's note: A version of this story appeared in the June 2020 edition of Oil and Gas Investor. Subscribe to the magazine here.]

In some ways, the “new normal” oil and gas downcycle resembles the old normal.

“We are seeing expected trends in unprecedented times,” Reagan Marble, who specializes in complex energy litigation and transactions in Jackson Walker’s San Antonio office, told HartEnergy.com. So, whether it is a global pandemic/recession/price war or a garden-variety glut, the legal fallout follows a pattern.

Three trends of litigation have emerged since the March 9 crash, Marble said, that apply to oil and gas companies, as well as landowners:

As WTI’s price plunged on March 9, Jackson Walker’s phones were ringing and inboxes were filling with calls about the perpetuation of oil and gas leases.

In Texas, an oil and gas lease is in effect as long as there are production and paying quantities, or that revenues exceed expenses. A price collapse from $60/bbl at the start of the year to $20/bbl by mid-March can easily allow expenses to exceed revenues.

As a result, Marble said, landowners need to ensure that expenses are not exceeding the revenue from an oil and gas well. Operators also need to make sure expenses are in line with the market. This is probably a good time, he said, to renegotiate contracts with service companies.

Where it can get complicated is when there’s an issue about whether a well is producing in paying quantities, Michael P. Darden, partner-in-charge of Gibson Dunn’s Houston office and chair of the firm’s oil and gas practice group, told HartEnergy.com.

“The test for producing paying quantities is a very difficult one to apply,” Darden said. “You can have a well that doesn’t produce for two years and it could still be considered to be producing in paying quantity. You look at a real long period of time to make that determination, and a lot of factors.”

Some leases allow shut-in wells for certain specific reasons over specific lengths of time, he said. If the lease doesn’t allow shut-ins, then it’s a matter to test whether the well is producing in paying quantities.

“So in either event, over some period of time there will be arguments by landowners that the wells on their leases are no longer producing in paying quantities and that the oil companies will have to release that acreage,” Darden said. Of course, in this time frame, that situation is entirely theoretical.

“It would not be a great environment right now for the lessor—the landowner—to do that,” he said. “It’s not like somebody else is going to lease it from them and drill it, and pay them more for it.”

The second trend originates, to some extent, in rumors. Who will survive this downcycle? Is my partner in this project one of those who will not? And what do I do about it?

“The mood generally is that those people that barely survived 2015 won’t survive this one,” Marble said. “We have had multiple calls about what they can do if they have a claim or if they’re behind on collecting some monies owed from those parties to make sure they preserve their rights in the event something forces that company to go into bankruptcy.”

Jackson Walker represents both landowners and operators, so while the attorneys understand both perspectives, they also know when it’s time to have a candid conversation. The landowner’s claim that the operator has failed to live up to terms of a lease might be a good one, Marble said, but terminating the contract right now is probably not a great idea. The question is, would anyone else want to drill in this market environment.

“Sometimes your landowner response is, no, I don’t want the lease terminated at the moment, I just want to negotiate better provisions of my lease,” he said. “And this is a good time to use that leverage to fix some things that you want to have a second bite at the apple for.”

One of his landowner clients had a lease with a Fortune 500 oil and gas company that had drilled four more wells but not completed them. The contract included a continuous drilling clause that required the company to drill and complete these wells to perpetuate the lease.

But, the landowner didn’t want to terminate the lease. He was calling Marble because he didn't want to be paid royalties on $20 oil.

“The conundrum is there’s an obligation to drill but the resulting economics aren’t there to do so, yet the operator wishes to maintain his lease in whole,” Hosey said. “These are extraordinary circumstances, quite unforeseen. They would have a difficult time in doing that, especially if it’s one of the myriad of companies who may be, at this point, capital strapped.”

The value of a claim is dependent on counterparty, Cliff Vrielink, co-managing partner of Sidley Austin LLP’s Houston office, told HartEnergy.com. “If your counterparty is insolvent, then it may not do you a lot of good to go to court.”

“We at least saw some runway [in 2015],” Marble said. “I mean, we saw massive wipeouts of portions of the market over the last two weeks in March [2020] and we saw an industry that was already teetering on the edge and an industry that where capital markets had dried up all of a sudden have 66% of its value wiped out essentially overnight.”

Hence, the recent scramble. As the companies try to increase revenue any way they can, they sometimes attempt to renegotiate contracts with their service companies, he said. That often means deducting costs from the royalties of the landowner that are expressly prohibited by a lease agreement. Those are known as post-production costs and sophisticated landowners put audit rights into their oil and gas leases.

“In the last two weeks, I’ve kicked off two audits on the basis that the landowners already anticipate because they saw this trend, and a few months before this hit, that the lessee will continue to deduct post-production costs that are prohibited under the oil and gas lease,” Marble said. “And that’s another trend that you see in a markets downturn. You see lease termination disputes. You see post-production cost disputes and then you see all of the stuff priming you for bankruptcy and then the bankruptcy itself.”

But the attorneys all agreed that court battles were not inevitable. Vrielink noted that there was not a lot of litigation following the Sabine Chapter 11 case, in which the E&P was able to reject contracts with midstream service providers.

“What we instead saw was a lot of people sitting down at the table and saying, let’s reconsider our structure and let’s come up with something that ends up being a win-win,” he said. “So you’d like to hope people do the same thing here, but with a lot of insolvency looming, it’s hard to say how that will play out.”

Clearly, that would benefit the upstream company in such a dispute, but Darden said that a rational midstream company would also agree to renegotiate a contract, realizing that if it doesn’t, an insolvent producer will pay nothing.

“That would incentivize or motivate midstream companies to renegotiate their contracts,” he said. “Sometimes it takes a lot of pain before somebody realizes that.”