The notion that capital discipline extends only to the drill bit was firmly vanquished in 2021 as the deal activity that dominated in the public arena followed a rudimentary formula: cash flow good, growth bad.

The key theme for deals in 2021, and which extends through the first month of 2022, was that free cash flow was not a mere part of the equation but the entire algorithm.

Caveat emptor suddenly returned to the buyer mindset. The rules of upstream dealmaking were amended, recodified and significantly altered to comport with the industry-wide mantra to seek out free cash flow and boldly forgo (at least for now) unbridled, unchecked growth.

For some buyers, value models now segregate PDP wells into those with established declines. Wells are also analyzed on the basis of potential positive or negative decline revisions. New wells with less production are treated differently. The bid-ask spread narrows or widens accordingly.

Net asset value assumptions were packed up, and what was unboxed was a new model that evaluates transactions based on returns-based finances with an almost paranoid skew toward the downside.

Deals shifted to a clinical, returns-based approach that generally places asset worth at a lower but more predictable baseline, according to Joseph Small, head of U.S. oil and gas activity at CIBC.

Buyers now tend to test and retest downside risks, evaluating assets at $40/bbl WTI and $2/ Mcf natural gas prices, before they’re willing to pull the trigger on deals. In some cases, the risk buyers are willing to take has narrowed to a subtle allowance for reduced LOE, a contrast to the days when buyers envisioned $100 WTI and a quick exit within a few years, Small said speaking on a panel at the IPAA’s Private Capital Conference on Jan. 20.

“At the end of the day, those cash flow comps, they don’t lie. That’s the real deal,” he said. “That’s the money speaking. That’s what they’re paying.

CIBC looked at 30 transaction comps from 2021 and found the average deal, based on cash flows, returned 3.4x, and in the Permian Basin, 3.2x.

“If you’re coming up with something that says there’s going to get 6.0x cash flows, and there’s been 30 deals that are between 3.0x and 3.5x, there better be a damn good reason for that.”

The old premise of burning through some inventory and exiting in three to five years also went by the wayside. Deals were all structured, Small said, with an exit horizon of six to eight years with the built-in assumption of little growth. Instead, successful transactions worked at prices that made economic sense within cash flow without adding rigs from day one.

“So, it ends up with a flat production profile, a flat cash flow profile,” he said. “Then you’re keeping it for eight years. You’re not making some crazy exit assumptions” based on selling the asset at a premium.

Buyers were also keener to factor in actual risk as real rather than a far-off notion someone else would have to juggle.

In a pronounced shift toward responsibility, plugging and abandonment (P&A) obligations, for instance, were thrown into the mix.

“P&A is part of the model of any sophisticated counterparty to a transaction we’ve focused our attention on,” said Rusty Shepherd, managing director at RBC Richardson Barr. “We’ve developed a realistic view of that. You can’t just defer at all to the end of life anymore. It has to be something that’s well thought out and documented as far as when those expenditures … in the life of any model. And if you’re not including that, then you’re doing your client a bit of a disservice.”

Downside commodity price risks also supplanted the sunny upside optimism that ruled prior to the downturn.

Kelly was also struck by the turnabout in how deals were valued. Acreage was no longer the beginning and end of working out what something was worth.

“I couldn’t believe it. The value that we used to place on acreage prior to 2018 … 80% [of the value] was the acreage value. And it’s just not the case anymore,” he said. “It just feels good to be able to buy something kind of close to PDP value.”

Rising commodity prices and associated grousing by dealmakers is not a new phenomenon.

The gripe is that variable prices can widen the bid-ask, causing buyers and sellers to hold off on deals until they feel more confident in the price of the asset.

“There are fewer large operators, meaning it’s really important to think about the long-term relations with them and collaborating.” —Christi Clancy, Shell

Through the first 35 days of 2022, prices have been a series of starter gun shots, jolting the marking. Even factors that might have helped steady oil and gas prices haven’t stopped runaway prices. OPEC production remains less robust than expected, the intensity of Omicron hasn’t spurred new lockdowns and even geopolitical uncertainties (between, say, the U.S. and Russia) remain wait-and-see events.

Shepherd said that stable commodity prices promote a healthy A&D market. While a run up in prices is always appreciated by the industry, “it’s also much more difficult to get buyers and sellers to sit down at the table and have an intellectually honest conversation,” he said. The disconnect comes within timeframes. Sellers’ eyes are on current strip prices while buyers have to live with the results of the deal three to five years out.

Higher prices are good, but they’re “not helping the story in terms of getting deals done,” Shepherd said.

On the opposite end, hedges have caused companies that were protecting against even further downside risk to now forgo huge amounts of revenue. The Permian’s Pioneer Natural Resources Co., for instance, lost more than a half billion dollars in third-quarter 2021.

So an asset with a value of $400 million may also have a $100 million unwind it has to go through because a company hedged its production.

Most deals, Small said, are now more like checking math equations than spinning once fanciful growth stories. As Small heard one analyst explain, whether a company produces oil, gas or toilet paper, what’s important is how well the company’s finances will hold up over time.

The idea that a buyer “can’t really count on some massive exit to cover everything” invested in the business.

For a complete list of U.S. E&P acquisitions and divestitures from July 1-Dec. 31, 2021, check out pages 28-32 in the March 2022 issue of Oil and Gas Investor. Details on all dealmaking, updated in real-time, are also available at HartEnergy.com/ad-transactions. 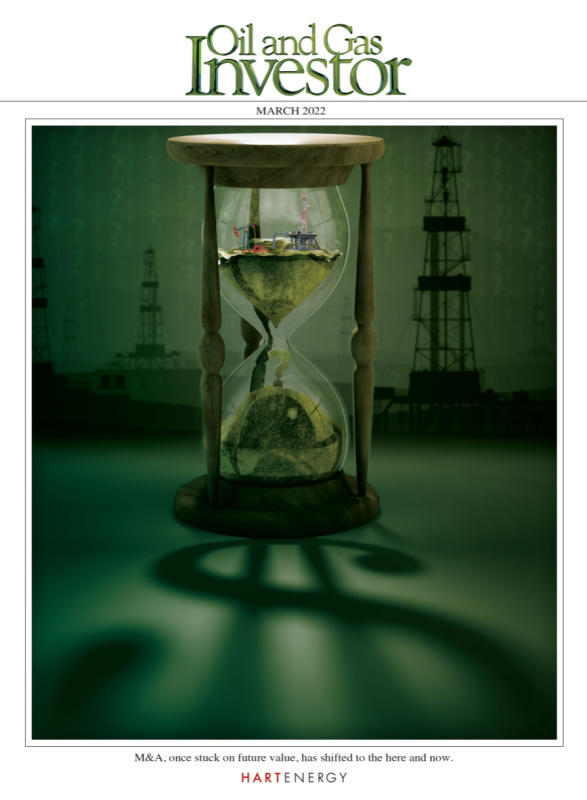 Glory of the Delaware

The Delaware Basin is now highly constricted, which has led to an increased focus on cashless land swaps that don’t change an E&P’s portfolio but high-grade positions. Overall, Clancy said there were 17 Delaware Basin transactions with an average value of $1.4 billion.

“I think acquiring a new material position in the basin has gotten quite challenging,” she said. “There are limited remaining large investments available. The recent consolidation and field development has basically driven up new entry prices.”

The degree of consolidation has put the largest 15 operators in the Delaware Basin in control of about 80% of the basin’s undeveloped resources, with the top five operators controlling about 50% of its resources.

Little unleased, attractive acreage remains in the core of the play, she said. That’s resulting in companies engaging in acreage swaps, which require limited upfront investment plus a great deal of cooperation among leaseholders.

“A lot of the western and southern parts of the Delaware Basin is checkerboarded,” she said.

Primary goals for companies are to secure long laterals, reduce breakeven prices and high-grade asset portfolios back into the core where possible and “optimize use of midstream infrastructure,” she said.

While the exact number of swaps done is unknown since they’re unreported, it remains a special challenge for companies as they try to align their valuations with those of four or five operators in a section, as well as differing royalty interests across verticals and horizontals.

“Landing these deals has become very time-consuming,” Clancy said. “We had a three-section swap probably go on for two years. And it was brutal.”

Clancy said relationships continue to play a big part in how transactions are conducted.

“There are fewer large operators, meaning it’s really important to think about the long-term relations with them and collaborating,” she said. “Because people remember.” 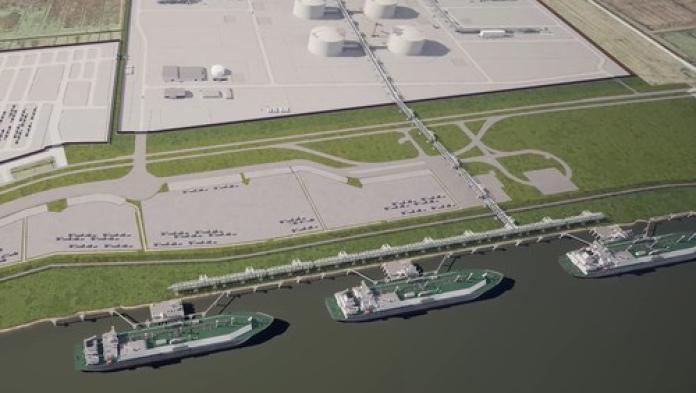 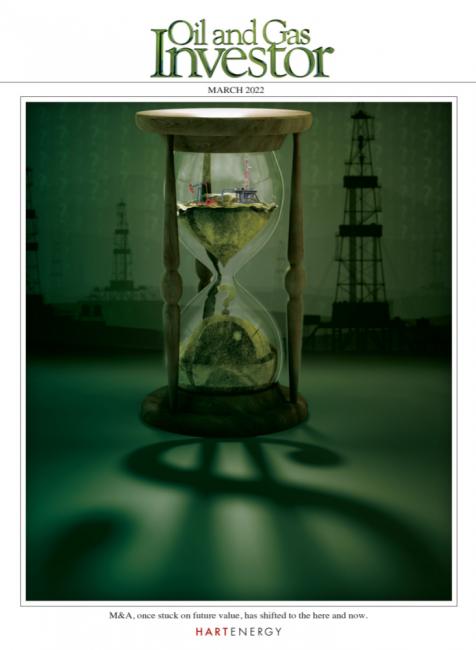