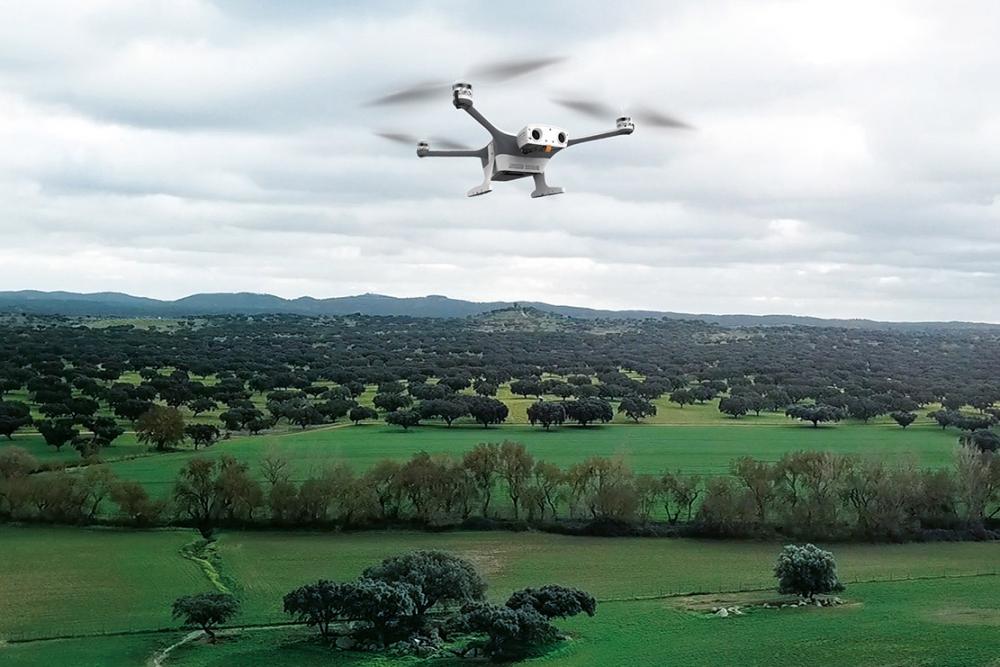 Drones and AI may become a significant game changer in ensuring compliance with environmental and safety regulations. (Source: Percepto Ltd.)

As businesses around the world seek to digitally transform, technological changes are also due within the oil and gas industry. This has become especially true in the face of COVID-19, in which many sectors of the economy, including oil and gas, shifted operations and procedures online where they will remain into the future.

According to the EY Oil and Gas Digital Transformation and the Workforce Survey 2020, 58% of respondents said the pandemic has made investing in digital technology more urgent, with a majority (81%) planning to invest moderate to high amounts relative to their total budget. The industry is ripe for digitalization to enhance safety and overall efficiency.

Delek US is a diversified downstream energy company specializing in petroleum refining, logistics and retail. We made a concerted effort to stay ahead of the digital curve, innovate and transform to make our refineries safer, more effective, efficient and productive.

In November 2019, in partnership with Delek Innovation and Refining Organization, we conceptualized, planned and started a proof of concept for implementation of a technologically advanced Drone Management Program, Delek’s SKYi, with advanced autonomous drones to conduct intelligence, surveillance, reconnaissance and aerial monitoring to collect visual data at our sites.

Delek’s Drone Management Program started testing AI-based analytics to help model, map out, evaluate and potentially manage select ground-based operations in our facility in Tyler, Texas. Later in 2020 we started utilizing a small fleet of unmanned aerial vehicles (UAVs) from Percepto, a provider of autonomous inspection and monitoring solutions, to overhaul the inspection, security, emergency response, and visual data management of our facilities.

We realized the potential of this sophisticated technology to perform aerial intelligence, surveillance and reconnaissance across the entire spectrum of our operations, including inspections, security, monitoring, detection, tracking, notification, emergency response, crisis management, risk management, and global visual communications.

We utilized Percepto’s Autonomous Inspection and Monitoring platform (AIM), which uses visual data collected by autonomous drone robots, as well as other visual sensors, to detect faults as soon as they may happen, such as leaks, spills and structural damage.

AIM’s AI-powered change detection framework provides a unified view of the entire refinery with reports and insights that are automatically generated and disseminated to relevant stakeholders on any mobile device. AIM automates routine inspection, and then offers data insights to anticipate trends and therefore, helps prevent environmental and operational failures while meeting efficiency goals.

Shortly after implementing the visual inspection technology in Tyler, Delek US expanded operations to a second site in El Dorado, Ark. Thanks to the support of leading change agents, change planning, change management, critical stakeholders, their engagement and involvement, the autonomous drone technology, which powers Delek SKYi Drone Management Program, is now making bold steps at four of our sites, and we are looking to expand further in the future.

Using Percepto’s drone-in-a-box, which is housed in a highly durable, protective enclosure and is always ready to go, makes remote operations available 24/7/365. Day-to-day tasks can be automated, and the surveillance, monitoring and inspection of equipment and machinery can be planned, preprogrammed and autonomous. Risk management, emergency response and crisis management services are available around the clock, and Delek drones and AI may become a significant game changer in ensuring compliance with environmental and safety regulations.

Delek US responded quickly when alerted this spring to a critical situation at one of our refineries where an autonomous drone provided aerial surveillance and support. An autonomous drone flew directly to the site and located the point of impact to provide immediate, real-time actionable intelligence information and reconnaissance from the scene. 4K HD footage and snapshots from close proximity were taken and communicated to the leadership, operations management and workers on the ground, enabling faster, better, more accurate and precise decisions and actions required for management of the situation.

In another case, a drone at a different site performing a standard visual inspection from 200 feet above ground level (AGL) captured two construction workers who had failed to wear the proper personal protective equipment while performing work beyond the visual line of sight of a supervisor.

The drone provided immediate alerts to the proper personnel, transmitted live operation pictures from the scene, and captured videos and snapshots of the situation. In a matter of hours, these were used during the debrief of the shift management team later in the day. This represented an immediate return on investment when it came to risk exposure, health, and safety. The workers supervisor was notified, construction workers were contacted, and corrective actions were implemented to discourage undesired behaviors.

It’s difficult to provide hard figures on the return on investments because Delek’s Drone SKYi Drone Management Program is still in a process of implementation. But as we mature, the utilization of advanced autonomous drone technology and AI, machine learning (ML), machine vision (MV), and real time visualization over a broad spectrum of operations, we estimate it will lead to significant operational effectiveness, efficiency, reliability, environmental health, safety, and security and potentially will help reduce operating expense, resulting in significant savings and productivity improvements in the near future.

By allowing employees to begin handing off manual data collection and routine surveillance to autonomous drones, the technology has served as a decision support system, allowing employees to focus on what matters most. The drones collect and collate data, and the employees now need new skill sets, as they are freed up from a multitude of mundane time-consuming tasks. These employees can adopt a new operating model that helps connect people, processes, technologies and information in a new ecosystem—the connected worker.

Delek US has established an organic, homegrown pilot selection, education and training program for drone pilots. We have conceptualized and strategized the design and development of Delek Drone Air Squadron Command and Flights. Moreover, we have identified a number of strong professionals with expert level of knowledge and passion for new ways of doing work, and invested in their education, training, and certification as drone Remote Pilots in Command (RPIC).

Rather than hiring Federal Aviation Administration (FAA) licensed drone operators from outside, Delek US chose to identify workers from within that had the potential to be trained. We targeted workers within the refinery and put them in a drone operation training program to certify them to legally operate unmanned aerial vehicle solutions. Many of these workers are now certified with the FAA with a few certified to oversee night flight operations. With these actions, we found a way to co-locate workers’ newly acquired digital skills and capabilities within their previous analog skills and capabilities.

At Delek US, disruptive technologies like autonomous drones are making sites more productive and safer with quicker response time to inspection, security and environmental issues. As the industry starts to adopt more digital technologies, more and more companies will start to realize the benefits of safer and more productive operations that keep people away from unnecessary risks while quickly detecting hazards before they become emergencies.

Delek’s SKYi Drone Management Program helps us turn what was perceived as science fiction into science facts. As we continue the implementation of advanced autonomous drones to conduct intelligence, surveillance, reconnaissance, and aerial monitoring we plan to establish a Common Operating Picture (COP) to help turn data into information, knowledge, insights, decision and actions.

We believe that this will lead to improved safety, reliability, and utilization of our assets and enhanced effectiveness, efficiency, and profitability of our operations. Delek’s Innovation, combined with operational excellence and operating discipline, ultimately leads to business transformation, creating a better and a more sustainable future.

2022-10-12 - The lower demand outlook gives additional context for last week’s move by OPEC and its allies, known as OPEC+, to make their largest cut in output since 2020 to support the market. The U.S. criticized the decision.