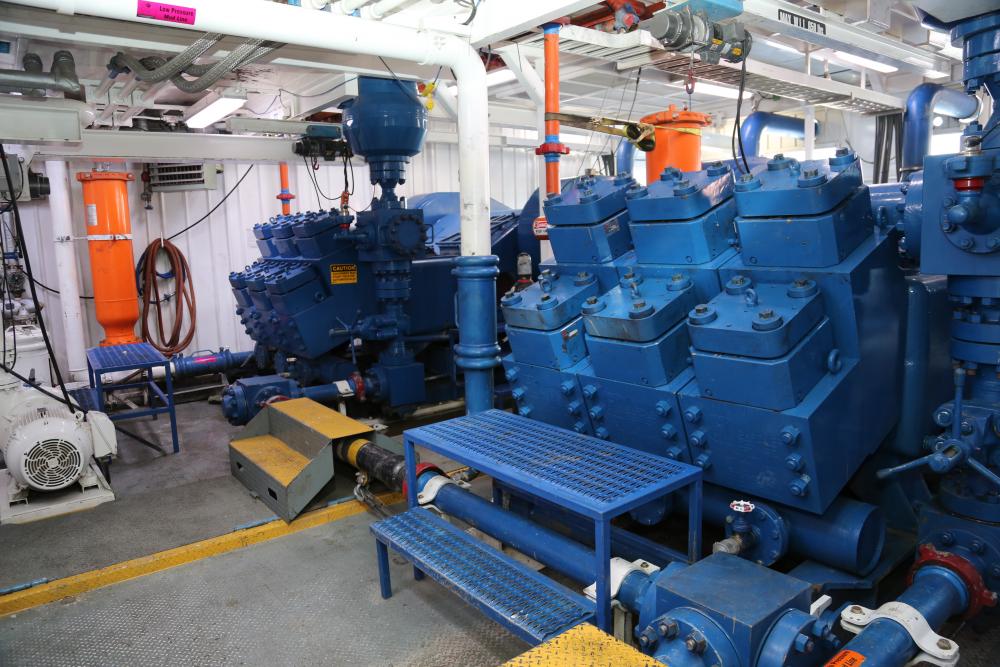 The rig count for the Permian Basin on June 1 was up by 113 rigs to 477 units over last year’s count of 364, according to Baker Hughes, a GE company. Among those 477 units is Calgary-based AKITA Drilling’s Rig 90.

The 3,000-hp ultrahigh-specification rig is under contract with a major U.S. E&P company and is operating in southeastern New Mexico. Custom built in 2014 to drill deep Canadian gas wells with long laterals, the rig and its crew are fitting in nicely as the “new guy” in the crowded Permian Basin.

According to Clayton Bourque, general manager for AKITA Drilling, the rig was designed and built to handle temperature and pressure extremes as well as high hook loads for a Liard Basin drilling campaign in Northwest British Columbia. 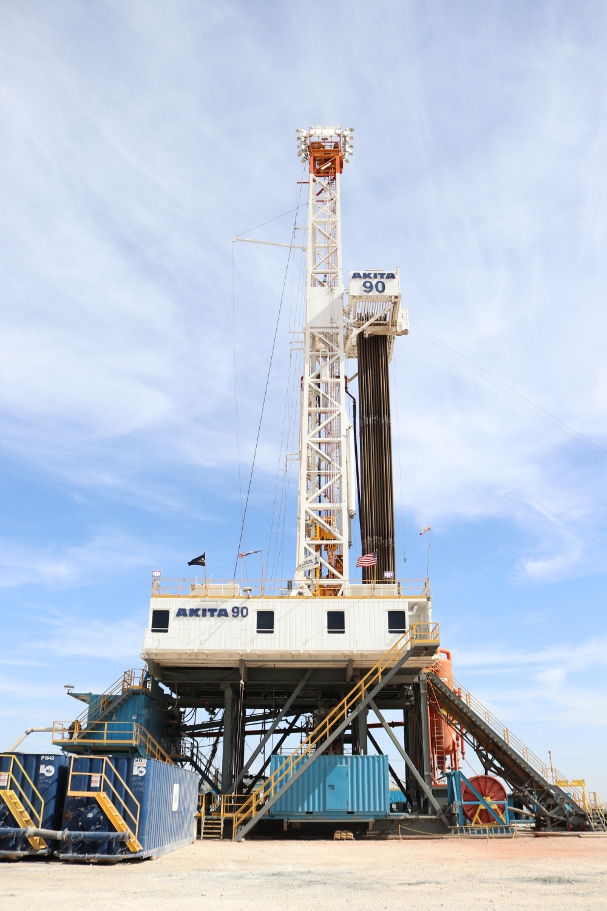 When that campaign did come to an end after one year, the company ramped up its efforts to find work for Rig 90 and its crew.

“We knew the Permian Basin is quite a prolific area to drill, with a variety of different formations and well profiles,” Bourque said. “So we took the initiative to bring the rig down and rig it up in one of our vendor’s yards in Odessa and began to market it.”

It is safe to say that there were more than a couple of eyebrows raised when the company announced in January that it had officially expanded into the Permian Basin. The operator that contracted with AKITA had, according to Bourque, a need for a rig with the capacity and contingencies that Rig 90 offers.

“There are five Caterpillar 3512 generator sets rated at 1,100 kW output each, with 5,500 kW total output available,” he noted. “There are three Gardner Denver PZ-2400 triplex mud pumps with 7,500-psi fluid ends. The rig does not have a bridle line as it is hydraulically raised along with the sub. It is built to rig up quite quickly for a rig its size,” he said.

The Tesco 500-ton ESI 1350 top drive, offering continuous drilling torque of 72,000 ft-lb up to 220 rpm, is integrated into the mast, which breaks down into two pieces for easier transport, Bourque said.

With a hook load in excess of 1 MMlb and a capacity to hold 8,000 m of pipe, the rig can walk with full setback between wells without a need for cranes or additional rig moving trucks.

“There are three mud tanks holding upward of 1,700 barrels of mud,” he said. “We’re able to do different things with the mud programs that operators want to utilize. In designing the tanks, we thought about crew safety and installed electric over air-operated valves and a solid floor with a vapor extraction system, limiting the crew’s exposure to the vapors coming of the mud tanks.”

Bourque added, “The three Gardner Denver PZ-2400 mud pumps on the rig allow us the versatility to drill large diameter high-volume hole for surface and intermediate along with high pressures on long laterals without changing liner sizes.”

The triplex mud pumps used on AKITA’s Rig 90 are rated at a higher horsepower than most pumps used on other land rigs, according to Rylan Ardoin, sales director for Gardner Denver.

“Lateral well sections are getting longer, which is driving the requirement for increased flow and pressure capabilities from the rig’s mud system,” he said. “Historically, the land drilling market was dominated by 1,600-hp class pumps. But now 2,000-plus horsepower pumps are becoming increasingly more popular as total well depths increase.”

In addition to offering more horsepower, the PZ-2400 features a 14-in. stroke, 2 in. more than what most competitors offer. Those two additional inches of stroke mean increased volume capability.

“The PZ-2400 has a max flow of 1,272 gal/min and is capable of delivering up 475 gal/min at 7,500 psi for high-pressure drilling applications,” Ardoin said. “This is important because flow volume is usually sacrificed to gain higher pressures, but with the PZ-2400’s rod load of 185,000 lb, pressure and flow are not compromised.”

Along with higher pressure and flow requirements, mud pumps are being pushed harder and faster to satisfy the demands of today’s competitive drilling programs, he added.

“Historically, most drilling contractors operated their pumps in the 75% to 80% capacity range, and now they’re running these pumps pretty much all out,” he said. “Operating at 90%-plus of full capacity places considerable stress and demand on the pump’s power-end and fluid-end components.

To address these demanding performance conditions, the company’s engineering team is continuously looking for ways to enhance pump performance such as improving the internal geometry of fluid-end modules. With the use of finite element analysis software, Gardner Denver has identified the areas of high stress concentrations that occur within modules.

“With that information, our engineering team made some enhancements to the internal geometry to help alleviate the stress that the fluid ends are experiencing,” he said. “The pumps on AKITA’s Rig 90 are equipped with Gardner Denver’s patented, two-piece, Y-shaped fluid ends. Designed for maximum fluid flow efficiency, the internal geometry of our Y-shape module is designed with a 120-degree bore intersection angle unlike L-shape modules, which have a 90-degree bore intersection.”

As the fluid flows through an L-shaped module, it has to make a 90-degree turn going from the suction to the discharge bore, he noted.

“A significant amount of stress is placed on the module at this intersection point due to the flow directional change,” he said. “With the Y-shaped module, the flow pattern was optimized by modifying the 90-degree corner to a 120-degree angle. As a result, the fluid flows through the module more smoothly, which reduces the amount of stress the module experiences.” Based on field performance data, this design has extended module performance life by reducing failures due to module fatigue.

The relocation of its Rig 20 and recent allocation of Rig 22 is further proof of AKITA Drilling’s comfort level in the U.S. The company announced on June 5 its purchase of Xtreme Drilling Corp. The combined company will have a fleet of 44 high-specification drilling rigs in the major resource plays of the U.S. and Canada, according to a press release.