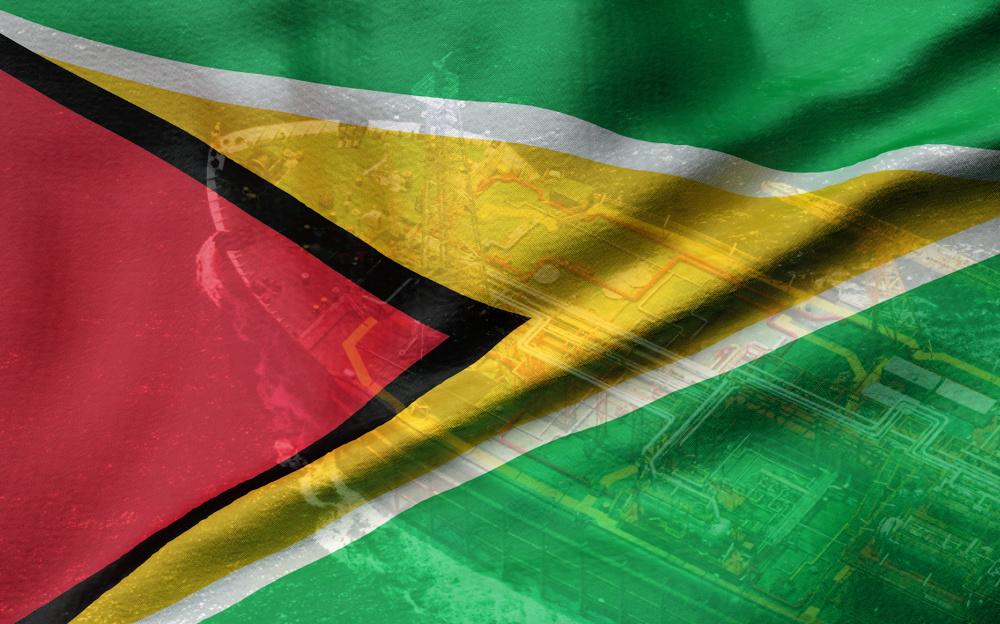 Hess Corp., a partner in the Exxon Mobil Corp.-driven exploration effort that has led to 13 oil and gas discoveries offshore Guyana, has increased the estimated gross discovered recoverable resources on the Stabroek Block to more than 6 billion barrels of oil equivalent (Bboe).

The higher estimate, up from 5.5 Bboe, comes amid ongoing exploration and appraisal (E&A) activity on the block and after three discoveries were made this year. That is enough to put at least five FPSOs to work producing more than 750,000 gross barrels of oil per day (bbl/d) by 2025.

“The Hammerhead well results … really demonstrated three things. First of all, both had high-quality reservoirs, the DST [drillstem test] on Hammerhead-3 showed very good mobility and finally, very good connectivity,” Hess COO Greg Hill told analysts July 31 on an earnings call. “All three wells are in pressure communication, so that bodes well for a development.”

The results will be used by project partners—Hess, Exxon Mobil and CNOOC—in development studies underway for the 6.6 million-acre block. Partners envision a “multi-FPSO kind of situation” given volumes found between the Liza and Turbot complexes.

The latest discovery, Yellowtail, was the fifth discovery in the greater Turbot area, which Hess said underpins “another potential major development hub.”

Meanwhile, development work already underway is progressing. As the 120,000 bbl/d-capacity Liza Destiny FPSO makes her way from Singapore with an anticipated September arrival in Guyana, the Noble Bob Douglas drillship is busy drilling Phase 1 development wells. About 70% of the installation of subsea umbilicals, risers and flowlines is complete.

“The project is on track to achieve first oil by the first quarter of 2020,” Hill said.

Fabrication of the Liza Unity FPSO, which will be used for Liza Phase 2, is underway. The vessel, which will have a production capacity of 220,000 bbl/d, will develop about 600 million barrels of oil with first oil expected by mid-2022, Hill said.

“A third phase of development at Payara is expected to have a gross capacity of between 180,000 and 220,000 barrels of oil per day with first oil on track for 2023,” he said, later adding, “Guyana continues to get bigger and better.”

Exploration drilling is now focusing on the southeast part of the block between Turbot and Liza. Three or four wells will be drilled starting this year, Hill said.

“We continue to see a lot of upside in that area,” he added.

Over the next six months, plans are to drill the Ranger-2 appraisal well, which Hill said will be on the windward side of the historic carbonate reefs. “We expect higher porosity because that’s the portion of the reef that was subjected to wave action and also rainwater, etc.,” he said. This will be followed by a logging and coring program and DST as the team looks for reservoir quality and to establish connectivity.

The first exploration well for second-half 2019 will be Tripletail. By year-end, two or more exploration wells could be spud, adding to needs for a fourth drillship in the fourth quarter.

Results from the E&A work will be used to form development plans.

“I think it’s important that we continue to add to the inventory of exploration prospects on the block,” Hill said. “That represents multibillion barrels of upside. There’s going to be an extensive E&A program over the next several years in Guyana for sure.”

Given the success offshore Guyana and market conditions, some analysts wondered whether the developers would encounter a resource “luxury problem” of sorts.

“Is there a point at which there is simply too much inventory and you change plans accordingly?” asked Paul Sankey, managing director for Mizuho. Or does the long-term potential of the development mean planned activity levels are stable and plans won’t change, he said.

The most capital efficient route to maximized financial returns is a phased approach, the route Hess and partners are taking offshore Guyana, according to CFO John Rielly. Production from Liza 1, which is running ahead of schedule, is set to begin in 2020, followed by Liza 2 in mid-2022. A year later Payara is expected to crank up. Results of E&A work underway will give definition on future needs.

“It’s very manageable from a financial perspective and we, Exxon and CNOOC are totally aligned about maximizing value from this opportunity that we have,” Rielly said.

He called Guyana a “very low-cost development,” noting the breakeven Brent price of $35 per barrel for Liza 1 and $25 for the larger Liza 2. “They’re going to be very well situated to fit into the world’s oil market.”

But he acknowledged headwinds: GDP slowing global demand growth, impact of U.S. shale and moves by OPEC to “keep the market balanced to have an oil price high enough for investment and low enough for demand.”

“Volatility is something we have to live with and obviously that’s why we want to build a portfolio that has a low cost per barrel so we have resilient returns in almost any price environment,” he said.