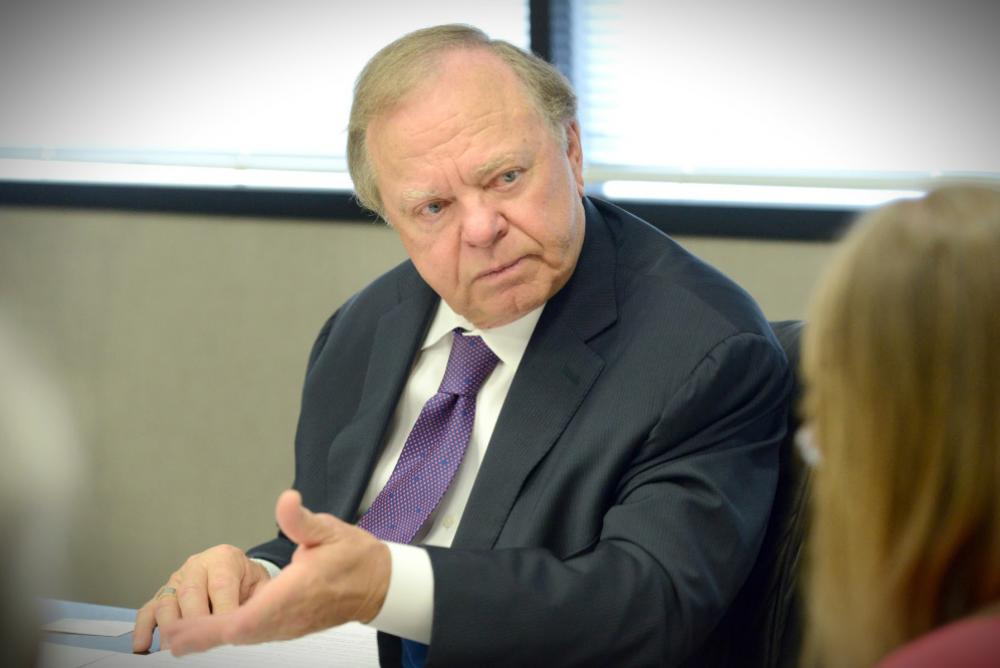 The launch of the new benchmark “is a real bright spot that helps every producer in America,” said Harold Hamm, chairman and founder of Continental Resources. (Source: Hart Energy)

Like all oil producers, when the price of WTI plunged way below zero as the May contract expired on April 20, Harold Hamm watched in dismay and disbelief. Something was seriously not right. Something was broken.

But unlike others, the chairman and founder of U.S. shale producer Continental Resources Inc., which bills itself as America’s oil champion, sprang into action. “I’m a very positive person and I look for solutions, so I knew we had to do something to make the market work,” Hamm told Hart Energy in an exclusive interview.

Hamm marshaled his forces and became a founding member of the American GulfCoast Select Best Practices Task Force Association. For two months, the group has been talking to large producers, traders, midstream companies, refiners, consultants, the companies that publish commodity benchmark prices and the commodity exchanges—Intercontinental Exchange and Nymex.

The result—American GulfCoast Select (AGS)—will be introduced by Platts on June 26. A unit of S&P Global, Platts publishes daily energy news and benchmark prices for commodity markets around the world; its prices are referenced by producers, buyers, refineries and traders in their daily work.

AGS is the new benchmark for light, sweet crude with API gravity between 38-41 degrees, meant for export on the Gulf Coast from facilities anywhere from Corpus Christi, Texas, to St. James, La. Production will come initially from the Permian Basin, then from the Bakken and the Eagle Ford shales.

“It’s very exciting and transformative,” Hamm said. “This is a real bright spot that helps every producer in America. Being a part of the global market is what it’s all about. So, we’re glad that Platts took the initiative to publish this, effective June 26.”

“This [AGS] is not a replacement for WTI,” Hamm noted. “It should have occurred right after exports began in 2015.”

The new benchmark reflects dramatic changes in U.S. crude flows over the past few years as shale output grew exponentially and exports began, with increasing flows to, and storage in, the Gulf Coast region.

Horizontal drilling has enabled U.S. producers to bring on huge new quantities of light, sweet crude. However, most U.S. refineries could not handle these barrels. Hence, that crude was looking for new markets and had to be exported to other refineries around the world.

“The market has shifted,” Hamm said. “There is so much oil now that never touches Cushing, coming from the Eagle Ford and much of the Permian. You’ve got a vast amount of new infrastructure along the Gulf Coast…spent on expanding dock space and loading facilities. So, we needed to develop a benchmark on the Gulf Coast. All of the major markets in the world are waterborne, not landlocked. If you sit back and take a 40,000-foot view, you see the need; you see what the logistics are.”

“This [the new benchmark] is happening and it’s been very well received around the world,” Hamm said. “What this is all about is having the best competitive market in the world. Who wouldn’t want to be associated with that?”

Hamm, also the chairman and founder of DEPA (Domestic Energy Producers Alliance), has historically been proactive in defending the U.S. producer.

Previously, he was instrumental in persuading the federal government to lift the crude export ban in 2015. Since then, the U.S. had been exporting as much as 5 MMbbl/d before the COVID-19 pandemic reduced global demand. That number has more recently fallen to about 3.3 MMbbl/d, “still strong despite the pandemic,” Hamm said, and indicative of the power of American natural resources and producers’ ability to manage them during a severe price downturn.

Hamm has also asked the Commodity Futures Trading Commission (CFTC) to investigate why the price of crude fell to a negative $37/bbl on April 20. He and others believe the event was not handled correctly.

AGS has to be traded widely, not narrowly, he added, and needs to be driven by those who would use it. He said the task force recognized early on that “producers were the tail of the dog” and that downstream companies and crude buyers have to be involved.