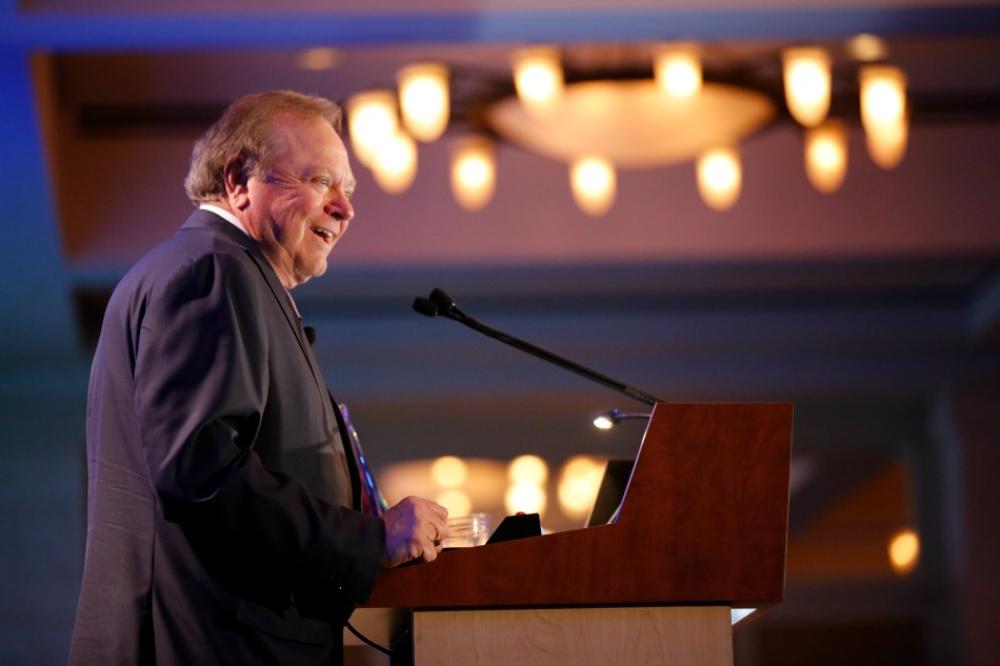 The recent agreement by OPEC to cut production beginning in January is good news for balancing the global supply-demand equation, but it could backfire if higher oil prices cause U.S. producers to start drilling too much, warned Harold Hamm, chairman and CEO of Continental Resources Inc. (NYSE: CLR).

“One of OPEC’s greatest fears is that we will go out and hire all these rigs and start up again. They know they have to make believers out of us, so we can expect, and should expect, them to act [if U.S. production increases again],” Hamm told Hart Energy.

Hamm is glad OPEC made a deal because it should take some of the “lumpiness” out of the market and will also help producers and consumers. However, producers should be “forewarned or they’ll get left out on a limb and won’t have the oil price to justify it,” he said.

“Don’t do everything just because you can, or a second day of reckoning could come. If we are disciplined here in the U.S., I think that will make a heck of a difference with OPEC,” he said.

Continental Resources, one of the largest oil producers in the U.S., is focusing on the Scoop/Stack Play in Oklahoma. The company is also starting to tackle some of its drilled but uncompleted wells (DUCs) in the Bakken Shale in North Dakota.

Recent enhanced completions have set company records for Continental in both plays. The company reported a net loss of $109.6 million in the third quarter.

“We need to make sure supply and demand don’t get out of whack again,” Hamm said. “Number one is not getting out in front of our skis and outspending cash flow. Number two is not taking on debt. That’s what people did in 2012 and 2013.”

He said he was optimistic that the oil production cuts will hold and that OPEC has learned its lesson, but at the same time, he sounded a strong cautionary note.

Hamm doesn’t think we’ll see $100 per barrel (bbl) oil again for a long time. But he does think OPEC will try to maintain a price band of $55/bbl to $65/bbl, based on the market intelligence Hamm said he has received.

Hamm watches the supply-demand equation closely. On prices, the first aspect he cited was that the oil price was already being held artificially low, in Hamm’s analysis, primarily by the Saudis.

For example, the kingdom said it would not cut production unless other OPEC member nations did as well. They would not go it alone. “That was a pretty big club they brought to the game,” Hamm said.

The $45/bbl price seen before the recent November OPEC meeting had been depressed by Saudi rhetoric and by the amount of increased OPEC production hitting the market. But Hamm said the market is starting to right itself.

“Continental’s fundamentals show that inventories have been pulled down consistently, so basically the price should have been around $60, just with what was happening with inventories, if [Saudi Arabia] had not been manipulating the market,” Hamm said.

Now that OPEC has pledged to cut production in 2017, the market should balance and prices should revert to the high $50s or close to $60, he said.

Hamm said he thinks consumers and producers should recognize we can have economic gasoline prices and supply the market well, without “getting carried away.”

Demand, the other side of the equation, could rise, Hamm said.

“We have so much pent-up potential in this country,” he said. “World demand could go up 1.3 MMbbl/d, but we think it’s possible and even probable that it could go up by 2 MMbbl/d, so we’d certainly have our share of that. Everybody will want more market share and that includes us.”

Has OPEC saved U.S. producers? No, Hamm insisted, saying that U.S. producers have saved themselves with the tremendous efficiencies they’ve gained during the past two years.

“Continental can produce twice the barrels now with the same dollars as we spent in 2014. OPEC caused that,” he said.