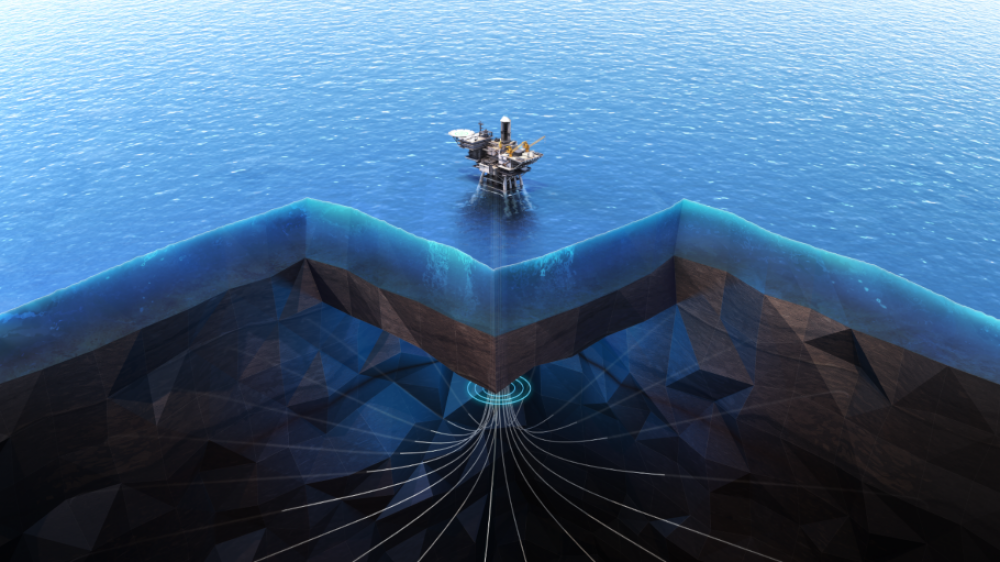 In developed offshore fields with wells in close proximity to one another, the Quest GWD system is critical for managing wellbore collision risk. (Source: Gyrodata)

As the energy industry has trudged through 2020, the ongoing global pandemic and stagnating commodity prices have driven operating companies to relentlessly pursue efficiency and performance gains within their limited budgets. With capital constraints set to continue into next year, the need to be effective with WTI prices hovering around $40 is more critical than ever. An accepted method of ensuring a return on a well’s investment is placing it correctly precisely within the hydrocarbon-producing reservoir in the most cost-effective way possible. Gyrodata has released a gyro-while-drilling (GWD) technology, the Quest GWD system, powered by the company’s SPEAR solid-state sensors.

Quest GWD is designed to reduce wellbore surveying time and the ellipse of uncertainty. The system incorporates Gyrodata’s new solid-state SPEAR sensors, which are based on the Coriolis vibratory gyroscope technology. The sensing element is driven to oscillate at a precise frequency and amplitude, and when rotated about its input axis, a secondary motion perpendicular to the primary motion is created. The amplitude of the secondary motion is proportional to the rotation rate seen by the sensor.

The solid-state SPEAR sensor probes measure the earth’s rotational rate precisely and accurately at any latitude and can handle harsher downhole environments more effectively than spinning mass gyroscopes. The system is not affected by mass unbalance errors, which eliminates post-run calibrations, and it allows in-collar load out, simplifying operations and tool deployment. At only 19 inches long, including memory and data processing, the system’s sensor package and electronics are significantly shorter than previous offerings, enabling greater flexibility related to sensor positioning in different bottomhole assembly (BHA) designs and configurations.

An operator in the North Sea had historically used GWD to mitigate the risk of wellbore collision during the drilling of tophole and horizontal reservoir sections. Though beneficial for this purpose, deploying GWD required the operator to mobilize extra personnel to the rig, demanded additional BHA handling and increased the time to survey. The introduction of a solid-state GWD system, however, effectively eliminated any downside of running GWD.

The operator decided to trial the Quest GWD system on a well being drilled from a jackup rig. The 16-inch section of the well was deemed a low-risk section due to the necessary BHA configuration and its broad inclination range of 30 to 58 degrees. The system also was used to re-survey the previously drilled 17½-inch by 20-inch section cased off by 17-inch liner, allowing the Quest GWD surveys to be cross-checked versus both the corrected MWD surveys from the 16-inch section and spinning-mass gyro surveys. The operator also chose to implement partially uncrewed operations, with only one survey specialist mobilized to the rig to ensure the smooth execution of the project. Once they switch to a fully uncrewed setup, savings on future wells are expected to average $60,000 per well depending on the well profile and scope of work.

The system successfully acquired surveys in 1 minute and 20 seconds, which was approximately two times faster than a comparable MEMS GWD; over the whole well, this saved approximately 5 hours of rig time. The extended battery life allowed the system to operate for 23 full days while only using 40% of its battery life. The system design also allowed seamless integration with the third-party RSS BHA and enabled more flexibility in configuration due to its compact design. The Quest GWD system had no disruption to BHA functionality, and the survey results were more accurate than both alternatives—previous GWD solutions and the corrected MWD surveys.

An operator on Alaska’s North Slope needed to drill a well through 900 ft of magnetic interference while taking high-accuracy surveys to improve wellbore placement. The operator also wanted to reduce the ellipse of uncertainty while drilling an extended tangent almost due west at approximately 273 degrees azimuth. The operator had previously used gyro single-shots on e-line or spinning-mass GWD systems. However, due to current market conditions, the operator was looking for an option that would allow it to achieve their surveying and directional objectives with significantly reduced rig time.

The operator drilled the entire 12¼-inch surface hole section from 0 to 6,973-ft MD using the Quest GWD system, which was placed closer to the bit for definitive surveys because of its immunity to magnetic interference. A total of 113 survey stations were presented while drilling the surface hole section, with no additional rig time or nonproductive time (NPT).

After seven days on standby, drilling the section and completing an outrun memory multishot, the system had only used 38% of its battery life; a conventional GWD solution would have used two full batteries.

The system was able to successfully withstand backreaming out of hole with no RPM limits, and both survey and rig time were reduced—by 30% (1 minute and 45 seconds versus 2 minutes and 30 seconds) and 6 hours, respectively—when compared to conventional gyro solutions on e-line.

In line with the operator’s objective to improve reservoir placement after drilling the extended horizontal tangent, the Quest GWD system successfully reduced the ellipse of uncertainty (Figure 1).

An operator in Canada was drilling a series of infill wells from a pad. As these wells were within close proximity of those drilled from existing pads in the area, ensuring there was no wellbore collision was critical. The operator also wanted to improve efficiency, reduce the risk of getting stuck and drill the lateral sections with a narrower ellipse of uncertainty to improve wellbore placement and achieve an optimized separation factor.

The operator deployed the Quest GWD system in the 8½-inch section, providing real-time collision management while drilling the lateral section at 300 degrees azimuth. The shorter BHA length improved BHA handling, and survey times using the system were reduced by almost 47% (1 minute and 20 seconds versus 2 minutes and 30 seconds) when compared to the conventional GWD system used on previous infill wells.

The solid-state system also reduced the risk of getting stuck by decreasing the time required for the BHA to be stationary while surveying. While using EM telemetry, the Quest GWD system experienced zero NPT, no missed surveys and no disruption of BHA functionality. The tighter ellipse of uncertainty (Figure 2) reveals an improved wellbore placement and will enable optimized spacing between future wells.

The energy industry’s most difficult days are certainly not behind it. By rising to the challenge of achieving profitability in what seems like a perpetual lower-for-longer environment, operators can guarantee that they remain relevant. Though a rapid increase in innovation in the oilfield sector has given operators myriad options to realize this goal, there is no doubt that a system such as Quest GWD, which improves wellbore placement and provides quantifiable efficiency gains while drilling, should be at the top of the list. Future development of the SPEAR solid-state sensors that power the system will see them incorporated into additional technologies, including integration into third-party service companies’ surveying options.