Some people count birthdays as their most glorious time of the year, while others count family holidays or big summer vacations. Call me crazy, but we are just one month out from my happiest time.

The countdown clock to the 50th anniversary of the Offshore Technology Conference (OTC) is ticking, and I’m making my exhibitors list and checking it twice. I also have a long list started of technical presentations that I want to be sure to catch. OTC week goes by quickly, and preparation goes a long way in ensuring the four days spent on site are successful ones.

Speaking of time, the past four or so years for the offshore sector have not been the kindest. However, it appears people are once again dipping their “toes back in the water,” according to a recent report by the same name published by Barclays Equity Research in February.

Analysts expect 2019 to be a transition year with 2020 setting up to be the start of a multiyear growth trajectory. However, growth will look very different this time around.

“Projects will be smaller, technical requirements will be lower and bids will be more competitive,” the report stated. “Overall, we expect the next peak in offshore capex (~2023/25?) to fall well short of the prior one (2013/14), by perhaps as much as 20-30% lower.”

Structurally, the offshore market is very different today as the economic breakevens for deepwater projects now fall under $50/bbl in many cases versus the $80/bbl once required. Barclays cites reductions in costs through standardization, design simplifi cation and phased development plans as key to delivering the lower breakevens.

Modest increases in offshore activity are expected by Barclays, with its floater rig count forecast increasing from 116 at year-end 2018 to 130 at year-end 2019. Pricing, however, will likely remain depressed as the industry works through its overcapacity. For example, the day rates for an ultradeepwater floater have fallen from a $600,000/day rate predownturn to $150,000/day rate, the report noted.

“Similar to the high-grading of the U.S. onshore rig fleet and the subsequent drilling efficiencies, the quality  of the deepwater rig fleet at about 125 rigs today is considerably greater than at the 2014 peak when 260 rigs were operating,” according to Barclays. It will be the highest quality, highest spec rigs that go back to work and will be able to command premium day rates.

The analysts count 30 “super-spec” drillships in the global floater fleet today. These premium rigs are rated at DP3 class, dual-activity, with seven BOP rams and dual BOPs and would be contracted faster and earn higher day rates than other sixth- or seventh-generation floaters, the report noted, adding that the rig contractors to benefit most would be Transocean, Rowan, Diamond Offshore and Ensco.

Among the many good signs that indicate an improving market are the increase in seismic activity, with pricing up 35% this year and higher exploration budgets, Barclays noted. Chevron, for example, increased its 2019 exploration capex budget to $1.3 billion, up 18% over 2018’s $1.1 billion. Other exploration highlights noted by Barclays include the 17% increase in Hess’ budget to primarily drill exploratory/appraisal wells in Guyana and AkerBP’s 40% increase to drill 15 exploration wells.

All signs point to a good 2019, an even better 2020 and a fantastic 50th anniversary celebration for OTC. 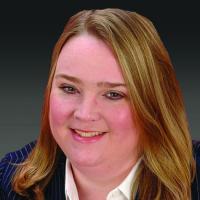