There are more steel-toed boots in line for the legendary barbeque ribs at the City Market in Giddings, Texas, nowadays.

And that correlates with talk that Giddings, the center of the original Austin Chalk play, is on the cusp of a third boom.

Hope dies hard in the cantankerous chalk country 36 years after geologist Ray Holifield used 2-D seismic to exploit fracture joints and inaugurated the chalk play in an era of rising oil prices. The 1981 oil price collapse brought that first boom to a close.

The second originated in 1983 when Maurer Engineering adapted a set of tools to drill the first medium-radius horizontal well in the chalk. Four years later, Holifield partnered with Bechtel Corp. to create Bec-Field Horizontal Drilling Services, which developed many of the tools used to reenter chalk wells in a medium-radius horizontal drilling effort. The second boom was under way.

While horizontal drilling dates to the 1920s in the US and was used sparingly during the 1970s in Italy and on the Alaskan North Slope, Giddings was the proving ground for the tools and techniques that underlie modern horizontal drilling since the chalk provided so many technical obstacles, including tool-destroying high bottomhole temperatures.

After 1987 Union Pacific Resources Co. (UPRC) used horizontal drilling, sometimes on reentries, sometimes on new wells, to extend the chalk play along the Gulf Coast into Louisiana, drilling more than 1,000 wells. UPRC attracted smaller imitators in the late 1980s, including a little known start-up by the name of Chesapeake Energy Corp.

Thanks to horizontal drilling, the Austin Chalk topped all fields domestically in the mid-1990s in both oil and gas production. Anadarko Petroleum acquired UPRC for US $7.2 billion in 2000, but the second chalk boom was winding down, and Anadarko sold its chalk holdings to EnerVest Ltd. in 2007 for $750 million. The ever-opportunistic Apache Corp. quickly inked a $40 million joint venture with EnerVest Ltd. for deep rights below the chalk and employed horizontal drilling and multistage hydraulic fracturing to test the underlying Eagle Ford shale, the source rock for the chalk. But the Eagle Ford east of the San Marcos Arch has high clay content. It was like fracture-stimulating rubber, and Apache moved on. In October 2008, Petrohawk drilled the LaSalle County test that became the discovery for the Eagle Ford. Giddings had missed out. EnerVest, meanwhile, has been quietly keeping chalk production flat with a one- or two-rig horizontal effort. If a third Giddings boom happens, it is likely to include reentries with sidetrack laterals exploring the boundary between the Eagle Ford and Austin Chalk. Think of them as Chalkleford wells, the latest anagram in an industry that finds ways to commingle production from marginal hydrocarbon formations into a lexicon of economic success, such as the Wolfberry (Wolfcamp/Spraberry/Dean) and the Wolfbone (Wolfcamp/Bone Spring) in West Texas and the Eaglebine (Eagle Ford/Woodbine) in East Texas. If the Chalkleford works, horizontal drilling will have come full circle in Giddings.

U.S. Silica Plans up to 20% Salary Reductions for Top Executives

U.S. Silica said its CEO, Bryan Shinn, members of the board of directors and company officers have volunteered to take up to a 20% temporary base salary reduction in order to rein in costs. 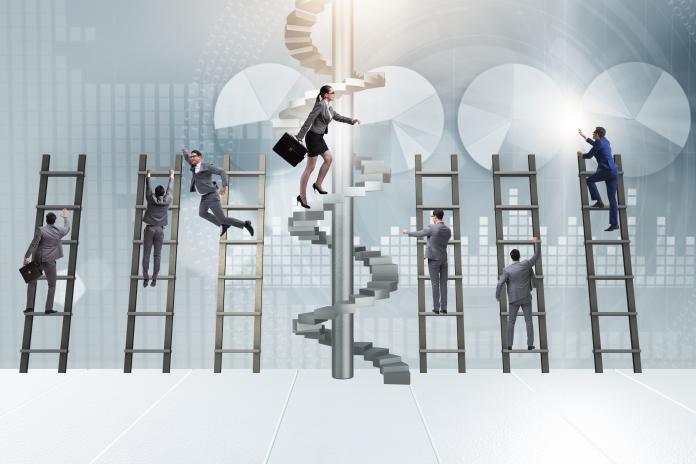 The latest new hires, appointments and promotions as well as new company office and facility locations and major mergers and acquisitions.