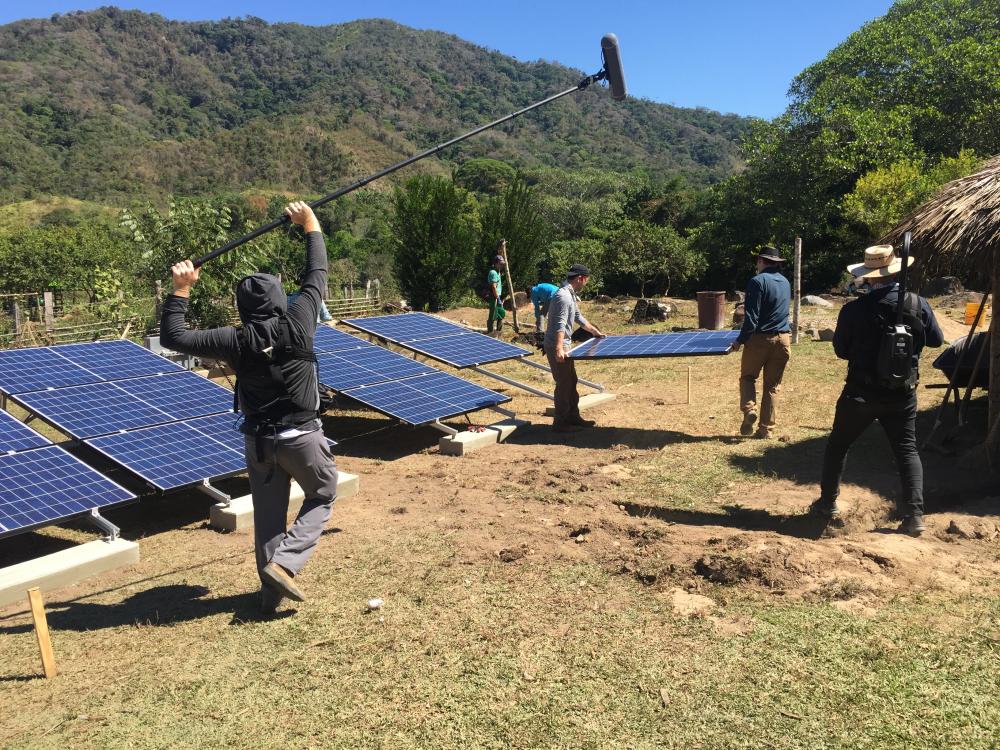 Scott Tinker, director of the Bureau of Economic Geology at the University of Texas at Austin, understands that in today’s highly charged political environment, engaging in meaningful and thoughtful conversations about energy is challenging, particularly for younger people. Personal ideologies are attacked immediately and viciously, no matter your personal stance on the current and future global energy mix, Tinker explained.

Concurrently, the oil and gas industry is arriving at an era in which it is looking to those same young people as its future workforce, a potential workforce that Tinker believes is often fed misinformation.

“Right now it’s pretty tough for young people to speak on anything that isn’t renewables,” Tinker said. “The education environment for them is one that isn’t healthy. It’s so biased and partisan. Energy matters, and all energy matters. There’s a place for all of it.”

With that challenge in mind, Tinker helped establish Switch Energy Alliance (SEA), a nonprofit organization with the mission to inspire and motivate people of all ages to learn about energy, engage in those conversations and make informed decisions about the global energy future. SEA works to fulfill that mission by providing a multitude of high-quality, professionally produced educational videos and programs, highlighted by Tinker’s award-winning documentary, “Switch,” which was developed with Emmy-winning filmmaker Harry Lynch.

Tinker described “Switch” as an “old-school” style documentary, in which there were no protagonists or antagonists cast. The documentary was filmed in 11 countries and included more than 50 interviews and 20 site visits. “Switch” captures the state of the world’s energy transition, explaining the benefits and challenges of nearly all energy sources, including solar, wind, nuclear, biofuels and fossil fuels.

Upon its release in 2012, “Switch” was chosen to open the Environmental Film Festival in Washington D.C., and later that year won the Best of the Fest award at the Colorado Environmental Film Festival. Since then “Switch” has been shown at more than a dozen film festivals, saw a limited theatrical run, was screened more than 1,000 times at more than 500 universities around the world and has entered the curriculum in more than 2,000 universities worldwide.

Tinker acknowledged that his initial perceptions about the energy mix changed the more he learned during the process of filming “Switch.”

“The scale of demand was reimpressed upon me,” he said. “Nuclear energy could have positive impacts, particularly if you’re passionate about climate change. Some of the political challenges were made more tangible. There are so many different facets of society involved.”

Tinker and Lynch also realized something else later on: They had unintentionally left a few billion people of the world’s population out of the film.

“Energy is the star of ‘Switch,’ so we went to the best energy locations in the world,” he said. “We weren’t going to many places in Sub-Saharan Africa, Southeast Asia, South America, parts of the Middle East [and] parts of North America that have very little energy.”

According to SEA, more than 2.5 billion people around the world live in what Tinker called “energy poverty.” He described energy poverty as those with limited energy or those who cannot afford energy.

Looking to bring to light those populations, the challenges they face in acquiring adequate energy and the solutions to those challenges, Tinker and Lynch are producing “Switch On,” a sequel to “Switch.”

“We don’t really know how the film will turn out,” Tinker said. “We do know that energy poverty exists, and that it’s associated with real economic poverty. Energy poverty in Colombia is not unique. Nearly 1 billion people live in similar energy-starved circumstances globally.”

The International Energy Agency estimates there are 1 billion people worldwide whose sole source of energy is either burning wood or biomass, which can lead to health problems, Tinker said. “Switch On” began filming in Colombia, Ecuador, Africa and Asia, and it will continue to shoot over the next eight months in some of the most challenging environments in the world, Tinker said. The expectation for the second documentary is that production and editing will wrap up next year and be released in 2020.

“We want to broaden the awareness of the deep networks we built in ‘Switch’ to the awareness of these challenges. When three-sevenths of the world lives this way, it affects us all. If we help the energy impoverished lift themselves from poverty, we will all be lifted,” Tinker said.

The two concepts of “Switch” and “Switch On” will converge into a third film, tentatively titled “Making the Switch,” due to be released in 2022.

“The first two films will have touched the whole globe with some of the positive aspects [of the energy mix and transition] and some of the challenges,” Tinker said. “We really want to look hard at how you bring the environment and the economy and energy together to address some of the big challenges, and at least address them without the polarization that exists today around some of these big topics.”

In addition to feature-length documentary films, SEA’s educational outreach includes a multitude of offerings primarily designed for schools and universities. The organization’s website, switchenergyalliance.org, features 300 short-form videos that include primers on a vast array of topics such as geothermal and biofuels, oil and gas produced by hydraulic fracturing as well as more in-depth videos on the U.S. natural gas supply and carbon capture sequestration. Tinker said as many as 30,000 educators utilize the site’s content in their classroom lessons.

“They are using these materials to supplement their education,” Tinker said. “We’ve made a place and created a way for people to have conversations about energy that are rigorous but that are safe.” 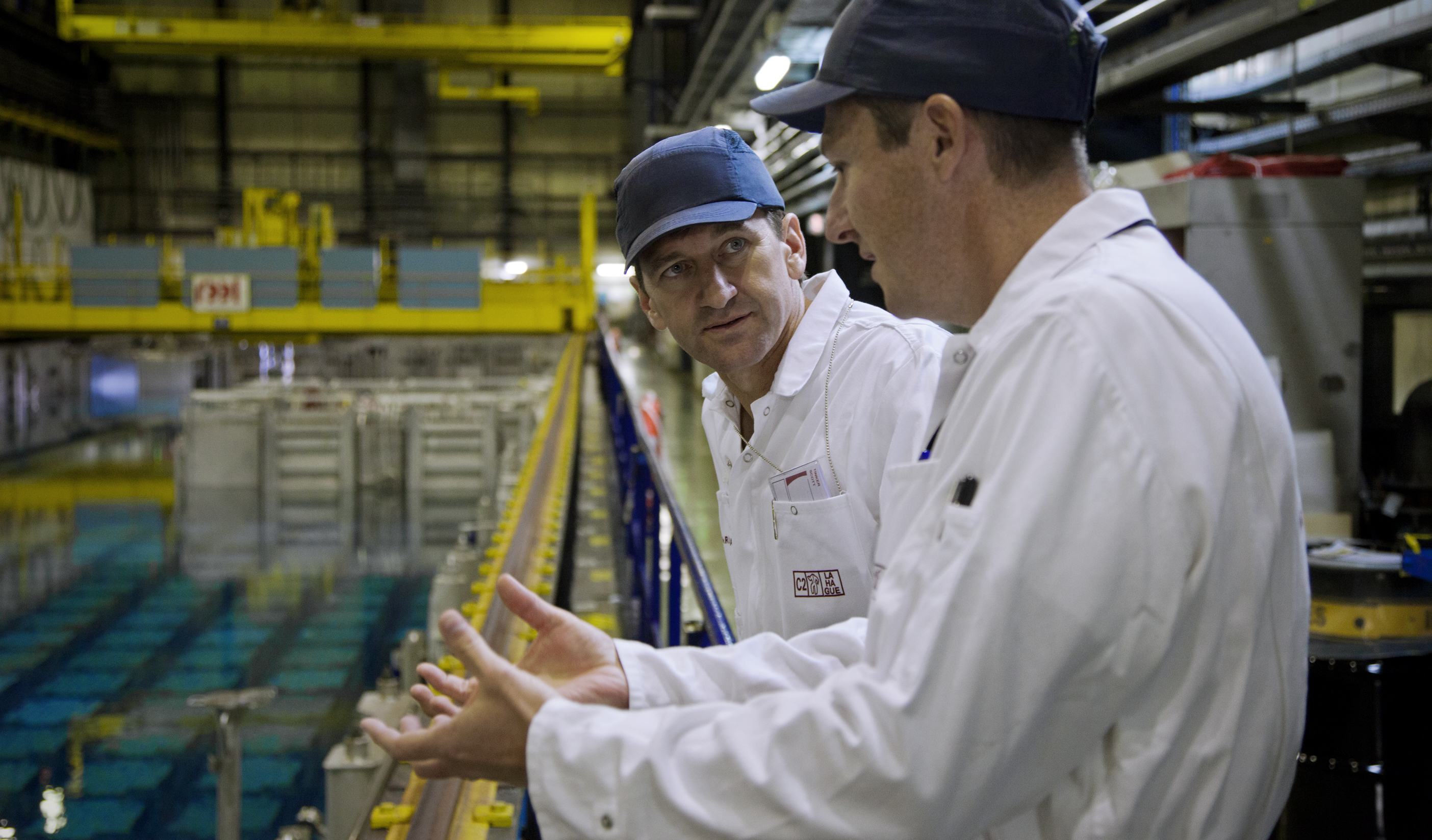 SEA’s offering is expected to broaden in the coming years to include much more than web-based videos. Beginning in 2020 Tinker said the organization plans to offer a college-level course that includes videos produced in the style of “Switch.”

Tinker said the “Switch” university course’s concept is under development as a video-based energy course for university and upper-level high school students built on the inverted classroom model: Videos and online materials replace most of the lecture and textbook.

“This frees the classroom for professorand student-led, objective, nonpartisan, collaborative problem solving, discussion and activities,” he said. “We’ll be featuring leading energy educators, discussing their areas of expertise and bringing them into the classroom.”

Tinker’s son, Derek, a petroleum engineer, works full time for SEA. Derek has led the redevelopment of the organization’s website, which will feature substantial visual and content design and a more interactive user experience with deep analytics. The site will feature “Learn,” a guided online video-based energy education program that Tinker said is designed to track the user’s progress and compare it against other worldwide users, show user interests and even biases toward a particular energy source.

Also under development are efforts to create Switch Energy Clubs at high school and college campuses. Tinker said SEA would feed information to such clubs, which he said do not necessarily have to be named Switch, to facilitate conversations and education around global energy.

According to SEA, the goal of the energy clubs is to build an alliance of student leaders who understand the societal importance of energy and emotional issues impacting public discussion. Club activities could include public outreach, meetings and speakers, field trips and tours and industry roundtable events.

“If a campus doesn’t have an energy club—and many do not—we’d like to help them start one with access to people and lecturers and maybe a little funding,” Tinker said. “Students can start to have these conversations that are difficult but inclusive.”

“Our goal is to provide a way for people to have these conversations that are professional and respectful and civil,” he said. “We are trying to inspire an energy-educated future.”

Have a story idea for Industry Pulse? This feature looks at big-picture trends that are likely to affect the upstream oil and gas industry. Submit story ideas to Group Managing Editor Jo Ann Davy at jdavy@hartenergy.com.

Mediterranean-focused Energean last year agreed to buy the oil and gas operations of Edison for up to $850 million, but the parties agreed to revise the deal because of the amendments and a weaker price outlook. 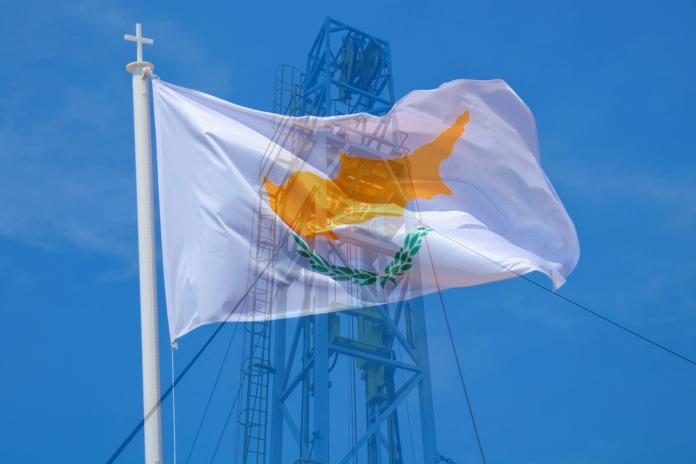 The Glaucus-1 well hit a gas-bearing reservoir of about 133 m in the Eastern Mediterranean Sea.